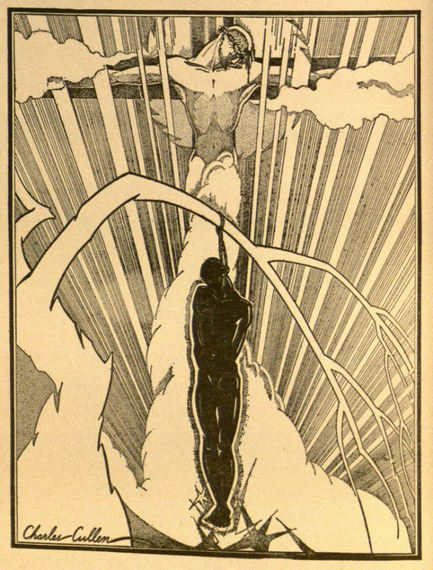 On the night of the Paris attacks, I attended a lecture by black liberation theologian, Dr. James Cone, who was presenting from his book, The Cross and the Lynching Tree. He began the lecture by asking the question, "How is it that blacks survived slavery, the terror of lynching, and the civil rights era?" He spoke of schools that would let students out early so that they could view the lynchings. At the lynchings, body parts of the murdered would be distributed among the crowds (sometimes as large as 5,000 people) as souvenirs. I wrestled inwardly throughout the lecture to wrap my head around how it is that, as Americans, we are so ready to intervene in the injustices of the world without having to confess or deal with our own injustices? From the treatment of indigenous peoples of the Americas, to the subjugation of Africans, to the thousands of black men, women, and children lynched, to the millions killed in war, to the continued terrorizing of others through racism -- how much blood is on our hands? Maybe it is too uncomfortable to take an honest look at the degree to which our colonial footprint has stomped out countless lives over the past 250 years. What a shame that we, as a nation, have not looked upon our sins. We have not asked forgiveness for the the lives and bodies and communities we have destroyed. These unreconciled acts of the past continue to manifest themselves in our society.

We live in a country where the dead body of a black teenager can be left in the street for hours, where police are recorded, time after time, beating, shooting, and mistreating blacks, but are seldom charged for their crimes, where the prison system is overrun with nearly a million black men, black families are forced to survive by any means necessary in the face of poverty and extreme disadvantage. Black people have been terrorized in America; yet, we do not see how we have caused and perpetuated this... One of the great ironies of American Christianity is how whites used faith to lynch and enslave, while blacks used faith to survive. How is it that the black community has not only survived, but found ways to matter, in spite of many that have continued to say "your life does not matter." In this situation, blackness is the "light in white darkness." The source of this odds-defying resilience and defiance is found, according to Dr. Cone, in the power and paradox of the cross.

In Evidence of Things Not Seen, James Baldwin wrote, "The White man, someone told me, discovered the Cross by way of the Bible, but the Black man discovered the Bible by way of the Cross." For Cone, power is found upon the cross of Calvary, for, if God was with Jesus in his great pain and suffering, then God was with the thousands that were lynched, and is with those who now suffer. This sharing in Jesus' suffering offers the hope of sharing in his resurrection, that death and suffering is not the final say and justice will be accomplished -- victory by way of defeat. This message, however, has been sterilized in American society and the cross has become more of an ornament or accessory than symbol of empowerment and resistance.

The great paradox of the cross is this: while white Christians claimed a faith that celebrated the sacrificial act of Jesus on the cross, they committed the same crime against black people by lynching them on a tree. Ironically, they were guilty and did not realize it -- failing to see that their treatment of others as inseparable from their treatment of Jesus. These great acts of hate were symbolically re-crucifying Jesus, again and again. It is, undoubtedly, a paradox.

How convenient is it that so many act as if these acts of terror never happened or pretend that this degree of hate does not exist? Just a few months ago, white people displayed confederate flags and drove around terrorizing a young black boy's birthday party. Do we realize how these terrorist acts are reaffirmed and even recommitted by not only our actions, but also by our words? As Dr. Cone states, we do not have to physically put someone on a tree to lynch them. At the very least, this should make one pause and think before one says, "ALL LIVES MATTER."

So before you make a statement on race, educate yourself on the history of American terrorism. Dare to look at the history of the country with honesty, asking yourself, "How do we reconcile our past acts of terror while also condemning the terror around the world?" We must come to terms with our own violence against our own people before we can condemn ISIS and the likes of them, or else we continue to dismiss the legitimacy of the pain of the other and our contributions to it.