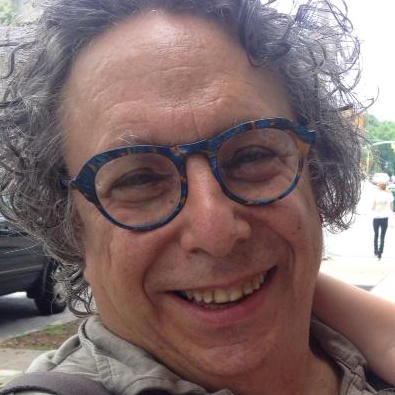 I had the pleasure of sitting down with Terry Curtis Fox, an Arts Professor and Chair of the Goldberg Department of Dramatic Writing (DDW) in the Tisch School of the Arts. His play "Cops" was originally produced by the Organic Theatre in Chicago. Subsequent plays have been produced at Playwrights Horizons, the Chicago Theatre Project, and various companies throughout the United States. He is co-author of the feature "Fortress" and the HBO movie "Perfect Witness." He began his long television career as a Story Editor and writer for "Hill Street Blues" and was the co-show runner for the Showtime series "The Hunger."

Sitting down in his office at DDW, he shares his vision for the department as well as advise for writers of all mediums.

What were your initial plans when you first became Chair?

The primary thing I want is a department of dramatists and not one with playwrights over here, screenwriters there and TV writers here. I want people to really think of themselves as dramatic artists who are comfortable across the board. I want to get rid of "this art form is better than the other," because it's not.

I was never going to write television. Then something happened and I spent most of my career writing television. I was certainly never going to be an academic. Now I'm sitting as the Chair at the Department of Dramatic Writing. You don't know what you will be doing in 10 years. On a practical level, when I have never made any money that didn't involve writing, I had to have a great deal of flexibility. Very few people only do film, television or playwriting anymore.

I'm doing that in my revision class. The art of revision has nothing to do with whether you're doing a screenplay, play or pilot. The department was moving in that direction already; this was simply my mandate. The faculty already had a plan in place to get rid of concentrations from the graduate program, but I've certainly pushed it forward. This year's graduates will be the last year of concentrates.

The other thing that's in progress--and maybe what I'm proudest of--is that we have one of the most diverse student bodies in Tisch. We also have one of the most diverse faculties in Tisch. There are many students here who think that minority problems are of minority concerns. That is something I'm actively working to bring down. I'm going to institute a required course on writing "the other" to make sure everyone thinks about what it would be like to be somebody utterly unlike them.

What are common mistakes you see young writers make?

Young writers get inordinately attached to what they're writing and they have a very hard time letting it go and doing real revisions. It's one of the reasons I insist on an outline, because you're less attached to it. Once those words are on the page, it's like they're right. Very often an actor will give you a look which you've given three pages for.

So people tend to follow what's already been successful?

The pejorative is the kid in the class who is hitting all the notes, but there is no soul and no heart. It can also be a person with a passion for Godard and writes the Godard film. Godard didn't write Hitchcock film; he wrote Godard films. We've got to go out and write our stuff. It's hard because of the influences we just talked about. You're getting into this because you fell in love with some form of drama, but until you infuse it with something that's specifically yours, it's not going to sing.

What is your advice for young writers approaching veteran writers for mentorship?

Many young writers think that someone much older and more established will look at my script, see my genius and usher me up into the world. That will not happen. The way you are going to advance is through your peers. One of your peers is going to break through and say in a meeting, "You need to meet my friend." The most valuable thing that you get from being in the Department of Dramatic Writing is a cohort who will move with you through the industry.

What's your advice about competition with your peers?

You gain more from your fellows than you will ever lose in competition. It is not a zero-sum game. You will be hired by people who are your friends. There will be theaters who look at your work because someone said, "Have you seen this?" Yes, we can be competitive and we want top billing, but we really are not in competition. Now, if you're competing to become better, that's great. You both win.

I have two friends who write as well as anyone I know and they never broke through. That's going to happen, but not because you're in competition with someone else. You can have bad luck. By the way, one of them ended up with a Lifetime Achievement Obie award. He never got rich or famous; he just did good work his whole life. That's something to be proud of. So sit down and write something.

To read the full interview with Josh, please visit Self-Care With Writers.