Nicki Minaj's patriotic outtakes from her Rolling Stone shoot will have fans saluting.

Photographer Terry Richardson took to Instagram Wednesday to share outtakes from the shoot with Minaj, who was decked out in an Americana-themed outfit. In the photos, the 32-year-old wears a white tank top and a bedazzled denim cap, both featuring stars and stripes.

Minaj also shared some of the sizzling photos on her own account, captioning one with "Thank you America!" because of the success of her latest album, "The Pinkprint." "Pinkprint" debuted at No. 1 on Billboard's Top R&B/Hip-Hop Albums chart after selling 198,000 copies in the week ending Dec. 21.

The "Pinkprint" rapper appears on the cover of the Jan. 15 issue of the magazine. Inside her cover story, titled "Darling Nicki," she talks about wanting to inspire women to be sexy and smart.

"With a video like 'Anaconda,' I'm a grown-ass fucking woman!" she said. "I stand for girls wanting to be sexy and dance, but also having a strong sense of themselves. If you got a big ol' butt? Shake it! Who cares? That doesn't mean you shouldn't be graduating from college." 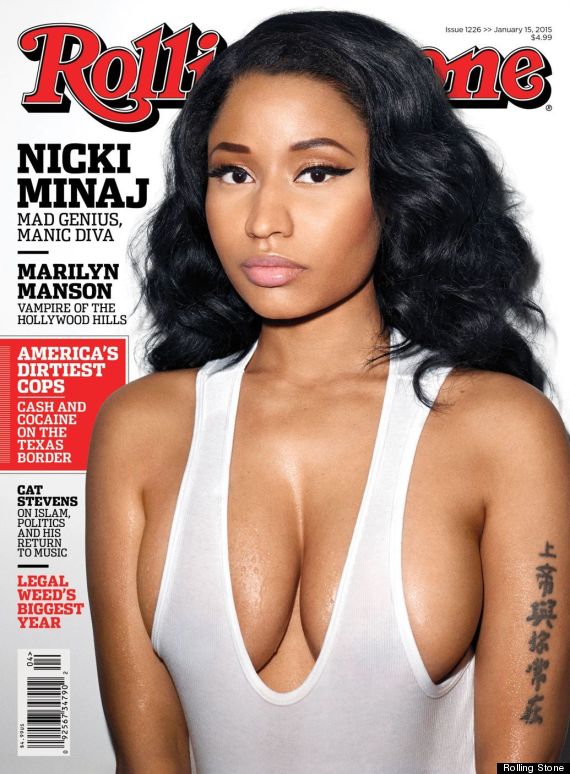 Nicki Minaj Through the Years