Tesla just got another dent.

"Tesla Model S has more than its share of problems," read the headline of Consumer Reports' review, which was posted online Monday. For the second time in a month, a top critic has published a harsh critique of the electric carmaker's Model S luxury sedan.

Echoing a review published in late July by the car-critic site Edmunds, Consumer Reports complained that the car died just after 12,000 miles during a 15,743-mile test run requiring a “hard reset” to restore most of its functions. The trim panels needed to be replaced to fix a creaky noise coming from the roof. Multiple parts on the nearly $89,650 car were replaced. 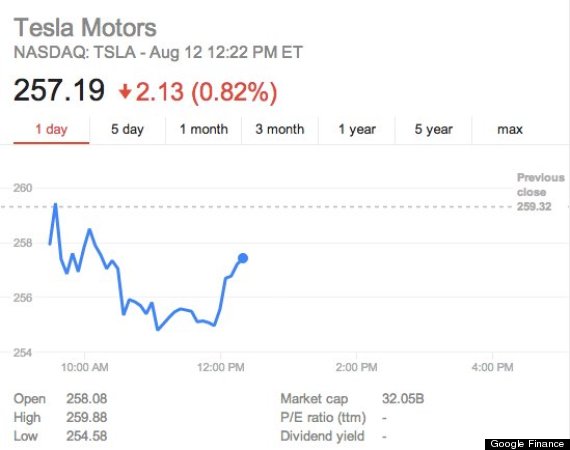 Though the assessment was positive overall -- “the Model S earned Consumer Reports’ recommendation," wrote Gabe Shenhar, a senior auto test engineer at the magazine -- it stood in sober contrast to a glowing November 2012 review. And it piggybacked Edmunds' laundry list of problems.

Last week, CEO Elon Musk rushed to defend the Palo Alto, California company’s flagship vehicle after Edmunds wrote about the frequent need to replace parts and bugs with both the hardware and software. Musk insisted Tesla’s service department unnecessarily swapped out parts to be extra cautious, and said most of the malfunctions were fixed in newer models.

“Tesla considers service a top priority, and we err on the side of being proactive to ensure the best driving experience possible,” Liz Jarvis Shean, a Tesla spokesman, said in a statement to The Huffington Post on Tuesday. “Like any owner, Consumer Reports benefits from the peace of mind afforded by the comprehensive Tesla warranty.”

The Model S zoomed into the spotlight after Consumer Reports declared it the “electric car that shatters every myth” almost two years ago. At the time, the only real concern was the feasibility of driving the car long distances -- an obstacle addressed with the increasing number of supercharger plug-in stations that now dot the United States.

Tesla’s stock price soared in the months that followed, growing at a much faster rate than its older auto industry rivals such as General Motors, Fiat, Ford, Daimler and Toyota. 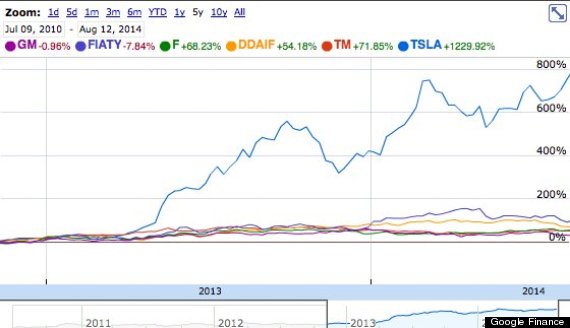