I spent last weekend driving a Tesla Model S from Washington DC to Atlantic City and back. Never before in my life have I driven a car that has started so many conversations. People were gathering around the car as it was parked at the supercharging station in Delaware. "Is this a Tesla? I heard about this car on the news. Can I get a look inside?" Photos were snapped. A woman chimed in, "I saw one of these last week in Virginia and I followed it just so I could check it out." Heads were turning and tongues were wagging.

On Wednesday, Tesla made headlines when the company wired nearly half a billion dollars ($451.8M) to the Department of Energy, repaying their full loan with interest nine years early, and becoming the only American car company to have fully repaid the government. 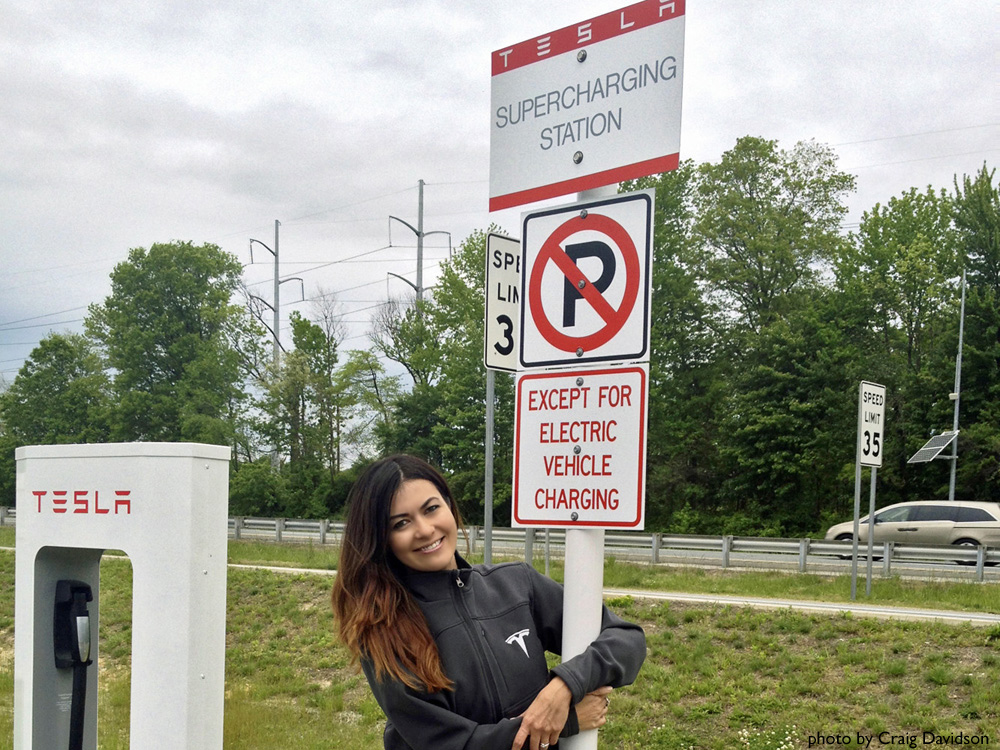 As a race car driver, my opinion on the performance of the vehicle is this: The Tesla Model S is a masterpiece. With incredible power from the moment you touch the accelerator (no need to build up rpm) to a world-class suspension coupled with the lowest center of gravity of any sedan, this car from top to bottom is the best street vehicle I have ever driven. And when something is this good, it is sure to make some waves. And Tesla is doing just that.

Just recently in my home state of North Carolina, a legislative proposal was unanimously approved by the State Senate's Commerce Committee that could make it illegal for Tesla to sell to NC state residents, or at the very least sell in any way other than via the established dealer network. The irony of lawmakers trying to ban the sale of an American-built, Motor Trend Car of the Year that sources from over 30 manufacturers in NC makes me shake my head and wonder. 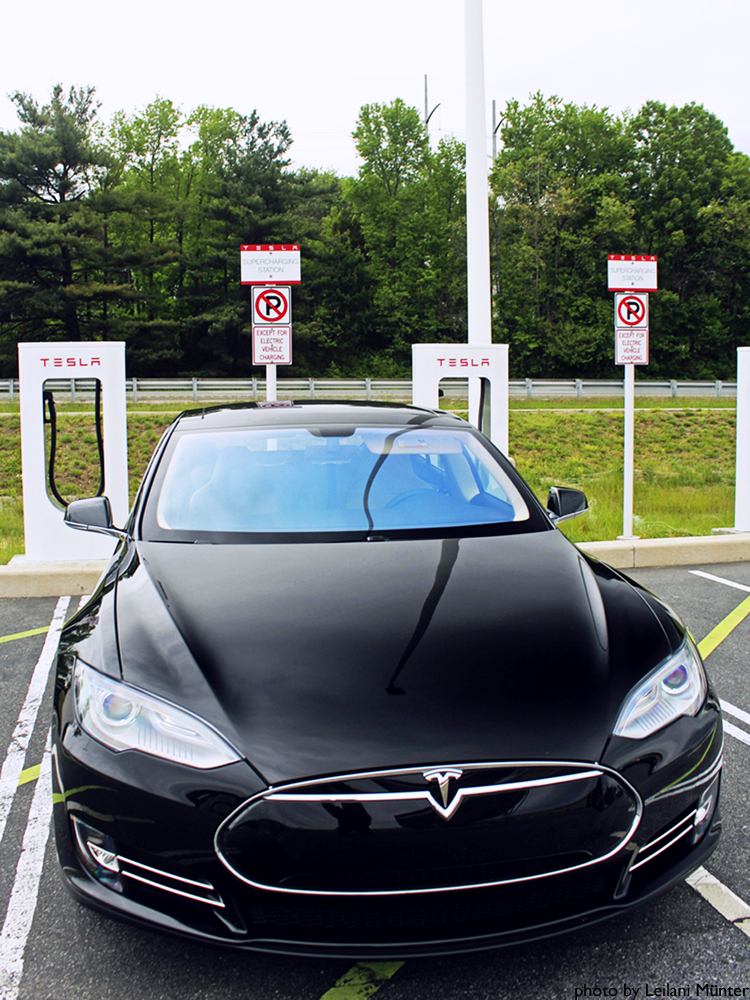 You know the old adage, "If it ain't broke, don't fix it." Well, as the laws of logic and physics tell us, if something is true, then the opposite must also be true, or in this case, "If it is broke, then fix it."

In a world of environmental calamity and decay, greed, a corrupt political system, lobbyists, and special interest groups, things are definitely broke and need to be fixed.

And that is why we need to fight for Tesla.

It is not just that Tesla has developed a super-sexy car that has garnered a slew of awards, including Consumer Reports' proclamation that it may be, in fact, the best car of all time. No, it is about so much more than that.

The environmental argument for Tesla making it is long past debate. The need to get off fossil fuels is (almost) universally accepted as a must. The U.S. currently spends $1 billion per day on foreign oil, and some of this money is going to countries that don't like us very much. Our dependence on oil is a national security threat, and every time we fill up with a gallon of gasoline, a portion of that money is going toward putting bullets in guns shot at our soldiers. As long as we are dependent on oil for our transportation, we will be giving our money to the countries with the most oil. While the Model S is definitely not going to be Tesla's car for the masses, for every Model S sold, a BMW, Mercedes, or Audi with a combined fuel efficiency of 14-21 MPG is not on the road. With cars below the $25,000 price range now routinely getting 35MPG or better, this is a good place to focus. Tesla has openly discussed plans for a mass-market car priced at approximately $30,000 in the next three to four years. 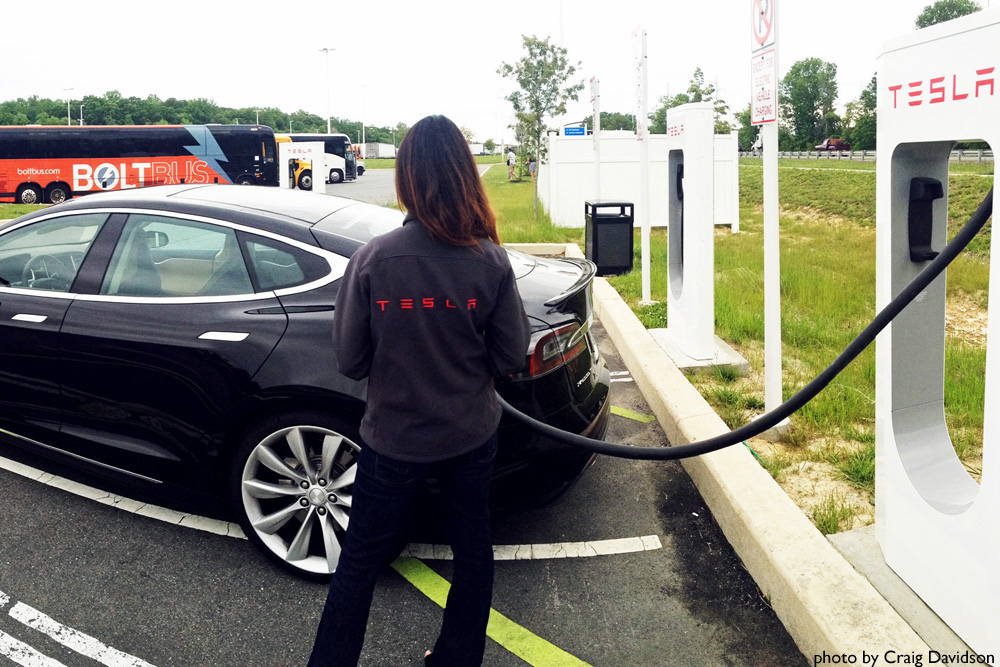 Tesla must succeed because it is fighting the establishment. Free market economics is touted by conservatives, and yet almost routinely now we are seeing legislation being introduced designed solely to block the competition that Tesla is bringing to the old guard.

The bill that has now been passed to the House not only attempts to block the sale of a Tesla directly to a consumer, it is also seemingly encroaching on the fundamental right of every American to choose what they want to drive. It is also unconstitutional to regulate interstate commerce.

Supporters of the bill argue that Tesla selling directly from the manufacturer to the customer is "unfair competition." It is the same sales model used by Apple Computers and Ikea's furniture, so why should cars be any different? If we believe in letting the free market decide, then the market has spoken and it likes Tesla. Last quarter Tesla outsold Mercedes, BMW, and Audi. If Tesla has produced a better product and found a better sales model that consumers prefer, then the free market is stating very clearly: the competition needs to improve.

Lawmakers supporting the bill have also stated that the bill "protects consumers." How is forcing North Carolinians to cross state lines to test drive and purchase a car protecting us? The truth is, of course, that the bill is not protecting us, it is protecting the dealers. When I asked this question of a Senator's office who is a co-sponsor of the bill, the Senator's aide finally admitted to me that the Senator is helping to protect dealers over consumers. He told me this is likely "because there are far more GM and Ford dealerships in his district than Tesla owners."

How can public officials, elected to serve the best interests of the American people, so blatantly go against the oath they swore when taking up the position in public office? The answer is simple and something that we are seeing more of every day: Public servants are no longer a voice for their constituents, but rather puppets for special interest groups and corporations, funders of the next election cycle.

With the stronghold that these groups now hold over our officials, it becomes clear that the only way to get the voice back to the people is to diminish the power that these groups wield. And this is where companies like Tesla come in. By challenging the status quo and not just doing something because it is the way it has always been done, by being inventive and innovative and thinking outside the box, and by listening to the consumer and delivering what they actually want in a way that is convenient for them, companies such as Tesla and Apple are able to bypass the old vanguard and provide the real essence of a free market.

And herein lies why the current institution is so afraid. What these companies are bringing is competition, and yes, it is unfair. It is unfair because for so long these folks in the automotive business, at car dealerships and the oil and gas industry, have been able to make up their own set of rules; rules that, when you look closely, are designed to make them richer at the expense of the consumer. And now along come companies like Tesla and they are re-writing the rulebook and guess what? Consumers are taking notice and like this new playing field. 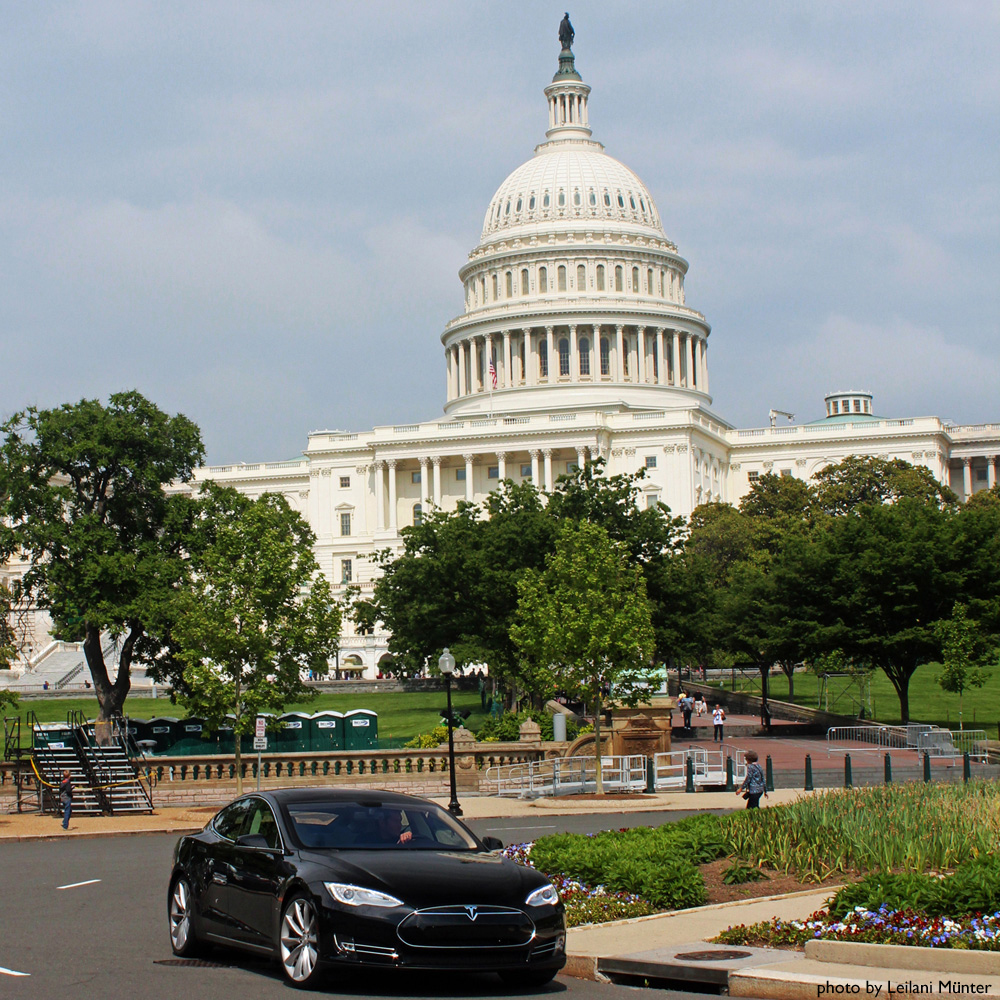 This is an American-built car that has surpassed all the competition. After all the naysayers touted that "there is no market for electric cars," those same people are calling it "unfair." The competition is very nervous, and they should be. The result is this bill, which, if anything is right in our state, should die in the House.

Tesla has arrived, and North Carolinians should have the choice to buy one if they desire. I plan to place my own order with Tesla soon -- before it's made illegal and I am forced to haggle with some car dealer over whether or not floor mats are included with the price of my car.