Tesla CEO Elon Musk on Wednesday brushed off efforts by workers at his California factory to unionize, insisting that joining the United Automobile Workers would yield no benefits.

“There are really only disadvantages for someone to want the UAW here,” Musk said during a call discussing Tesla’s earnings with analysts and investors.

The billionaire repeated claims he made to Gizmodo this month that an employee who wrote scathing blog post about conditions at the company actually worked for the UAW, one of the country’s largest unions. The worker, Jose Moran, 43, and the UAW both denied he was paid by the union.

“There is quite a strong effort by the UAW to unionize Tesla,” Musk said Wednesday. “Actually, a lot of people at Tesla have been approached by the UAW and expressed concerns about this.” He called Moran a “de facto UAW employee.”

“A lot of workers believe we have a right for union representation and a right to represent ourselves and our own interest,” Moran said during a conference call with reporters earlier this month. “We don’t believe the company is doing that for us.”

The UAW said recently that it “can confirm that Mr Moran and others at Tesla have approached the UAW and we welcome them with open arms.” Reached by The Huffington Post on Wednesday evening, UAW spokesman Brian Rothenberg said, “Our statement stands.”

Musk’s remarks, during the company’s first earnings call since November’s election, comes amid heightened public scrutiny of his political views. The South African-born entrepreneur, who also is CEO of rocket firm SpaceX, serves as an adviser to President Donald Trump, with whom he has cultivated what The New York Times described as a “budding bromance.”

Moran, in a Feb. 9 post on Medium, described working long hours with machinery that leaves workers prone to injuries. Employees on the assembly line earn hourly wages of $17 to $21, he said, making it difficult to afford rent in the notoriously pricey Bay Area. He cited $25.58 as average pay in the auto industry. The Bureau of Labor Statistics lists the average hourly wage for motor vehicle manufacturing in December as $29.53.

“Preventable injuries happen often,” wrote Moran, who has worked at the Fremont, California, assembly plant since 2012. “In addition to long working hours, machinery is often not ergonomically compatible with our bodies. There is too much twisting and turning and extra physical movement to do jobs that could be simplified if workers’ input were welcomed.”

Musk fired back on Wednesday, insisting his employees are hurt far less frequently than those at rival auto plants.

“Tesla’s injury rate is less than half of the industry average, contrary to allegations made,” Musk said.

He added that employee equity in the company, whose historically jittery stock price has hovered around $270 this month, places Tesla workers among the best paid in the industry.

The labor feud wasn’t the only political topic Musk broached during the 73-minute earnings call. Musk said he urged Trump not to ax government incentives for renewable energy and electric vehicles unless he does the same to the oil, gas and coal industries.

Musk, one of 17 executives advising the president, said Trump did not respond when he briefly raised the issue at a recent summit.

“It’d be fine to get rid of incentives and subsidies, but that should be uniformly applied to all industries,” Musk said during the call. “It would be wrong to get rid of any sort of government intervention in sustainable energy while retaining it in fossil fuels.”

Trump, who has repeatedly said he doesn’t believe in climate change, vowed to boost the U.S. economy by slashing environmental regulations and bolstering fossil fuel production. He stacked his Cabinet with climate science deniers and oil industry allies. Environmental Protection Agency chief Scott Pruitt cultivated a cozy relationship with oil and gas players during his tenure as Oklahoma attorney general, an office from which he repeatedly sued the agency he now leads. Secretary of State Rex Tillerson previously served as CEO of Exxon Mobil Corp., the oil giant that bankrolled a decades-long disinformation campaign against climate scientists.

Citizens for the Republic, a grassroots conservative group with ties to ring-wing radio commentator Laura Ingraham, launched a campaign last year calling on the new Republican-dominated Congress to pass a bill stripping the solar and electric vehicle industries of subsidies. The group made Musk its poster boy, setting up websites with names like StopElonFromFailingAgain.com.

Tillerson, during his confirmation hearings, denied that oil and gas producers receive subsidies.

The companies actually enjoy a vast array of incentives, including direct subsidies to offset the cost of extracting from wells that are nearly spent. Exxon Mobil alone receives between $700 million and $1 billion per year in deductions that tax analysts told HuffPost function like subsidies.

“If the principle is to get rid of government intervention, that should be uniformly applied, not unfairly applied,” Musk said. “That was my comment, but there was no response given.” 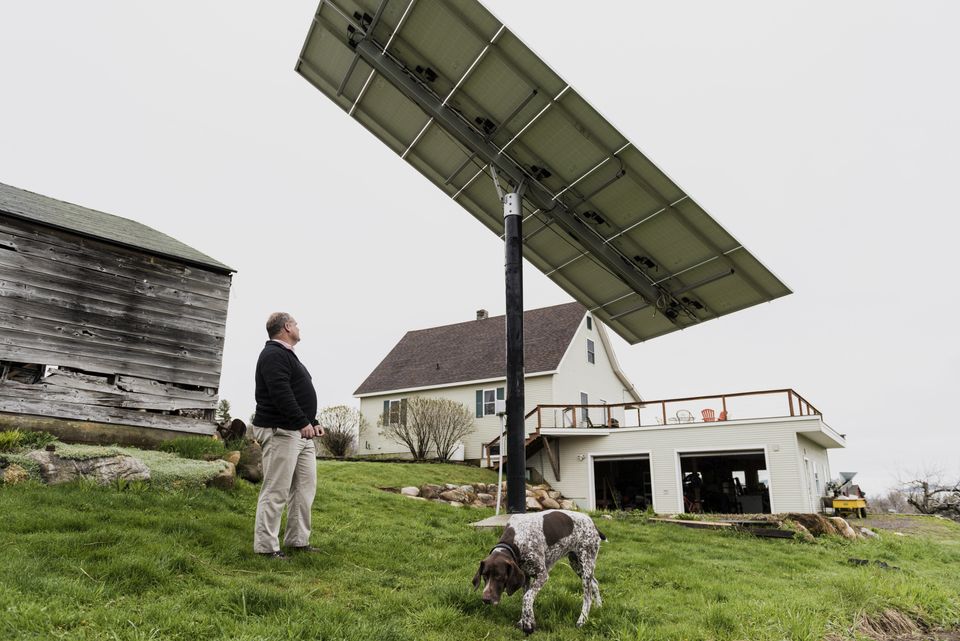