Tesla Motors is freeing up its 200 patents to electric car competitors, throwing automotive analysts into a frenzy. But CEO Elon Musk is just following the profitable open road paved by Salesforce, Facebook and Apple.

Analysts living in the comparatively closed world of automotive manufacturing would be wise to review the early actions of these tech leaders. 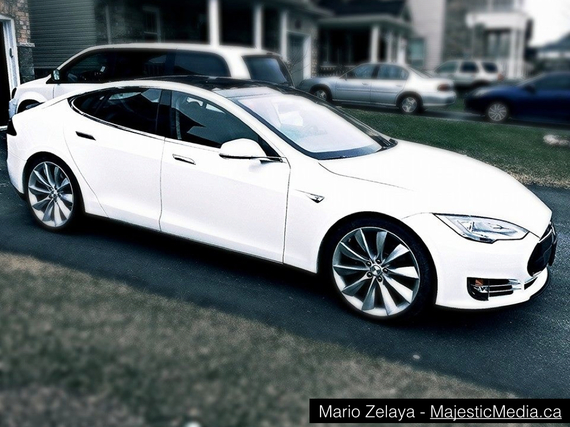 Salesforce.com, the $4B SaaS (Software as a Service) giant ranked most innovative in America by Forbes magazine, faced similar challenges to Tesla when it launched in 1999: its market didn't exist. While Siebel and Oracle were selling packaged software, Salesforce built a controversial web-hosted model.

Key to Salesforce's success was its web API (Application Programming Interface, a window into its software services and resources.) Investors in 2000 weren't familiar with APIs and couldn't grasp why any tech company would give outsiders free access to its architecture.

The API allowed outside developers to build apps tapping into the Salesforce system. As Salesforce CEO Marc Benioff explained to the Financial Times, "Someone in Bangalore might go home one evening and develop an application on our service. They save it to a directory and charge others."

The AppExchange directory is now up to 2,340 apps and 2.4 million installs, paying developers 75-85 percent of net revenue while expanding Salesforce's platform and usefulness to enterprise clients.

In June 2006, MySpace was the most visited website in the U.S. while Facebook was a niche competitor limited to colleges and high schools. A year later, Facebook opened up its site to developers worldwide.

Within months Facebook had thousands of people building new applications, turning it from a social networking site into a rapidly expanding platform. By 2008 it had 33,000 apps created by 400,000 registered developers while MySpace remained a closed system limited to its own staff.

Today, third party Facebook apps like Candy Crush Saga, Spotify and Tinder continue to build Facebook's value, all thanks to its open mentality.

Where would Apple be without the iTunes App Store? With 1.2 million apps and 75 billion downloads, Apple's decision to open itself up to external developers in 2008 proved to be invaluable. As any BlackBerry handset owner knows today, a smartphone without a wide selection of apps isn't very useful.

The open philosophy isn't limited to the giants. Gartner estimates 25 percent of enterprises will have an app store by 2017, with each store's success hinging on a dramatic increase in the supply of software solutions.

Tesla is On the Fast Track

"Technology leadership is not defined by patents, which history has repeatedly shown to be small protection indeed against a determined competitor, but rather by the ability of a company to attract and motivate the world's most talented engineers," Musk said in his announcement. "We believe that applying the open source philosophy to our patents will strengthen, rather than diminish, Tesla's position in this regard."

Tesla's embrace of the open movement should put more electric vehicles on the road. And that means more money in its investors' pockets.

CORRECTION: An earlier version of this post incorrectly referred to an open philosophy as an open source. The post has been updated to correct this.