I shifted in my seat. I slid my jaw from side to side. I bit down on the inside corner of my mouth. Then, I pursed my lips and inhaled as if I were about to respond. Only, I had nothing to say. All the possible answers that occurred to me felt wrong. The air felt thick. And when my wordless breath escaped, I felt small.

My 7-year-old niece had asked me a simple question. Without filter, pretense, or padding, she blurted out, "What are you?"

She was curious about how I spent my days when I was not visiting her family. A different
person probably could have answered her with a few quick, uncomplicated descriptions. I couldn't manage that. Instead, I fumbled and foundered and choked on my thoughts. My messed up feelings about my identity rushed in; my mind flooded; my throat filled; and my voice fled.

Within seconds, though, my sister deflected the question for me. She began pointing out some of my art work hanging in their house. The implication that I was an artist seemed to appease my niece. So, I remained silent and happily let the subject drop. The conversation then proceeded without any other awkward breaks, and I pretended that my inertia and discomfort had been unremarkable. But I noticed them. And while those feelings in my throat have repositioned themselves, they haven't disappeared.

Truthfully, I am always struggling with how to define my identity. I often don't even know how to locate the boundaries of who I am. My ideas about myself -- the ones that belong to me and the ones that don't, the positive and the negative, the true and the false, the childhood and the adult -- all blend together. I would like to erase or look beyond the labels and constraints that have limited me in the past, but I usually can't figure out where my sense of my identity begins or ends. As a result, I expend an embarrassing amount of energy trying simultaneously to erase and discover notions about myself, and most of the time I feel that I have failed to accomplish either of those tasks. 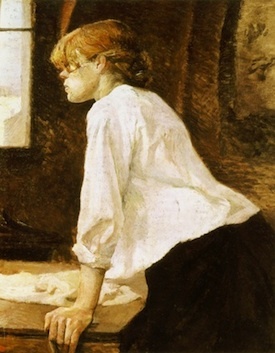 Even so, I foolishly continue to delude myself into thinking that a solid sort of identity must be out there somewhere just waiting for me to own it. I imagine being able to hold onto something that feels legitimate and true -- something that will not slip through my fingers and leave me feeling empty.

With my niece's question still stuck in my head, I tried to come up with some positive ways to identify "what" I am. As I started contemplating all of my conflicting beliefs about myself, I began to think of them as the disparate parts of an internal armature. I pictured a series of rusting tangled wires, crooked posts, and jagged fittings, haphazardly linked together and erratically soldered to my insides. The way I saw it, all of my competing perceptions had piled up, intertwined, and fused together over time to form an identity armature custom-fitted to me.

This chaotic structure has defined my shape for as long as I can remember. However, because my identity armature is also riddled with antiquated and faulty components, it has not always held me up or kept me together. In looking at some of the most unsound elements in this framework, I noticed that many of them were fabricated with ideas that originated in childhood and -- just like some of the materials used in real-life support structures built long ago -- a number of those old misconceptions have turned out to be not just ill-suited, but toxic. As I thought about how poisons end up in unwanted places, it occurred to me that people pick toxic substances for their metaphorical constructions for the same reasons that they pick them for their real-life architecture. 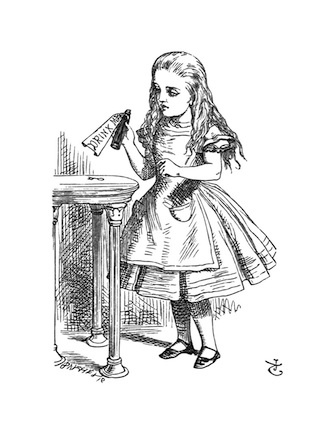 I had always assumed that I developed an unhealthy sense of myself because as a child I did not have a good source of sturdy and appropriate materials readily available to me. That was only part of the equation, though. To make good choices about building materials, you not only have to have access to suitable and strong resources, you also have to know which resources are safe and sound and which are not. In the past, many builders, who had a variety of materials at hand, still chose substances like asbestos or lead simply because they did not know any better. They constructed support systems out of those toxic supplies -- just as I used childhood misconceptions for my armature -- because no one had properly tested out the raw materials before they were put into place.

Until this realization, I had never considered the concept of specifically testing out identity notions. I was aware that children test authority as part of their normal development. But as a kid, testing reality reliably and safely was not something that I could do, and I guess I believed that as an adult it was not something that I should do. And yet, I couldn't help wondering what an adult experimenting with identities would look like. As I pictured it, not only did I see nothing wrong in that behavior, I also recognized that all of the testing was happening out in the real world. In other words, I realized that you cannot properly test identity notions in your head. To test reality, you have to try things out by interacting with people in the world around you.

Most of my efforts to solve my "what"-am-I problems have involved searching for ways to fix, 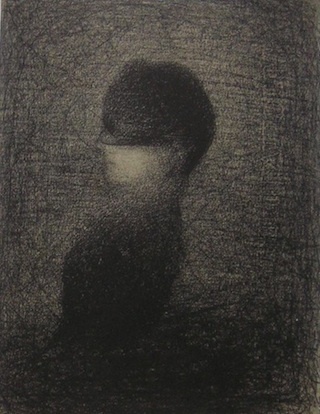 replace, and eliminate the negative misconceptions in my identity armature. I have tried using the force of logic to expel them and the power of denial to silence them. Neither strategy has proven very successful, though, because you can't find a fitting identity by thinking through what might have been or what might be. It just doesn't work like that. The only way to test out who you are is to try to live as that person in the real world, in real time, and with real people.

I wanted a right answer to my niece's question, but I was wrong about what I needed to do to locate it. I had become so accustomed to analyzing and repudiating the deeply embedded, messy, anachronistic armature inside me that I forgot that you don't always have to rip apart or entirely rebuild unsteady structures in order to right them. There are ways to construct new *external* scaffoldings or buttressing systems. Those structures can be as strong if not stronger than the original frameworks, eventually bearing most of the weight and ultimately becoming the primary source of support.

Maybe testing identity notions outside of my head could help me build new, external identity supports. If I stop trying to destroy my familiar, life-long, albeit dysfunctional armature, maybe I could redirect that energy in more positive ways. At the very least, I increase my chances of finding new identity materials, just by turning my efforts around to face outward instead of in. The idea of testing reality feels daunting in all sorts of ways. However, the alternative of hopelessly accepting the status quo frankly feels even less tenable. 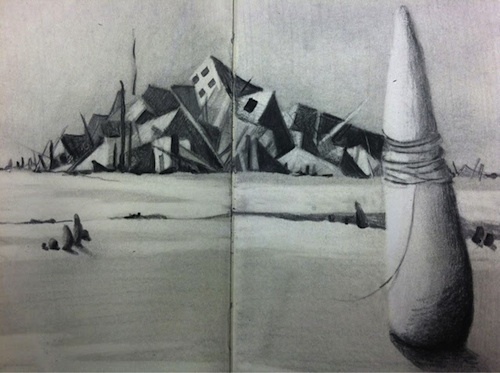 The other day, I was listening to a radio show. One of the stories, called How Do You Construct a Voice, was about Rupal Patel. Patel is a scientist who designs and develops ways to make and customize synthetic voices for people who do not have the physical ability to speak for themselves. She creates "unique vocal identities" for non-speakers by combining the specific qualities of their non-verbal sounds with recordings of age and gender appropriate surrogate voices. At the end of the story, Patel describes the first time she introduced a custom-built voice to its new owner. When the 9-year-old boy listened to his very own sound, he immediately typed on his communication device: "Never heard me before." 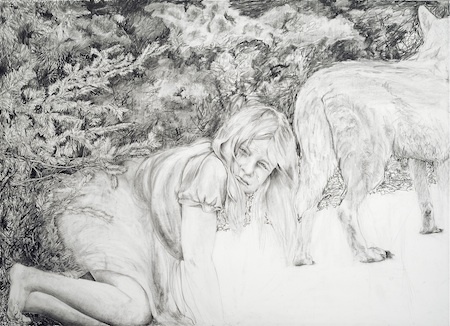 I don't know how to identify myself. I can't say that I am a writer or an artist or any other neatly defined, entirely cohesive entity. But my writing belongs to me. When I listen to my words, I hear the sound of me. And if I look at all the words that are now outside of my head out there in the real world, sometimes I can even see "what" I am.

This originally appeared on The Not Me.

Writes about being human.