For the latest on this story and more on the alleged gunman, click here.

A gunman in College Station, Texas was killed by the police on Monday after he allegedly murdered a law-enforcement officer and a 65-year-old male civillian.

Constable Brian Bachmann, 41, a Brazos County sheriff's deputy since 1993, was allegedly shot and killed after he served an eviction notice to the rented house close to the Texas A&M campus. 4 others were wounded in the incident. The civilian victim has yet to be identified.

(See below for live updates.)

The gunman was confirmed by the police to be in his mid-thirties, but police have yet to confirm his identity.

Texas A&M reports that police took a gunman into custody 15 minutes after issuing a "Code Maroon" alert at 12:29 this afternoon.

An alert distributed electronically to students, faculty and staff warned people to stay away from the intersection of Welborn Road and George Bush Drive and part of Fidelity Drive in College Station, Texas, according to CNN. The message also told residents in the area, which is near the school's football stadium, to stay indoors.

The Atlantic Wire writes that the shooter appeared to be firing a weapon from a home in the area. Scott McCollum, College Station's assistant chief of police, said the shooter's address is 211 Fidelity St., College Station, Texas.

Texas A&M spokesperson Sherylon Carroll said campus was relatively quiet as classes do not begin until Aug. 27. Texas A&M is the sixth largest university in the country and is home to more than 50,000 students.

This story is developing.

Photo courtesy of The Eagle. 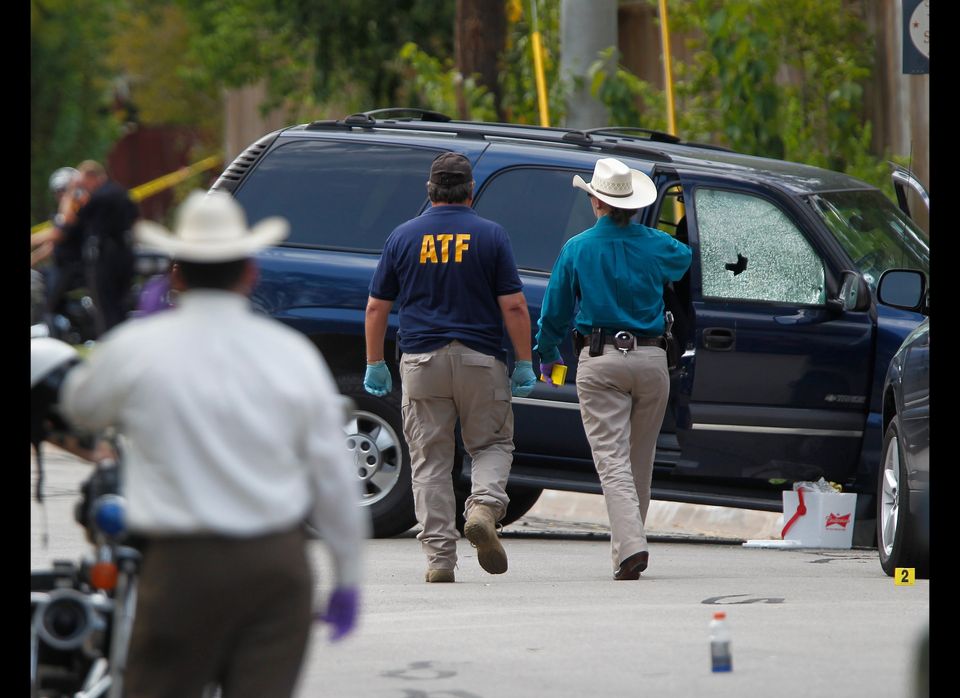 1 / 19
ATF and other investigators walk near a vehicle which was struck by a bullet near the scene where a gunman opened fire near the Texas A&M university on Monday, Aug. 13, 2012, in College Station, Texas. A Texas law enforcement officer attacked as he brought an eviction notice to a house Monday was among three people, including a shooter inside the home, killed Monday near a Texas university. (AP Photo/Houston Chronicle, Mayra Beltran)
AP