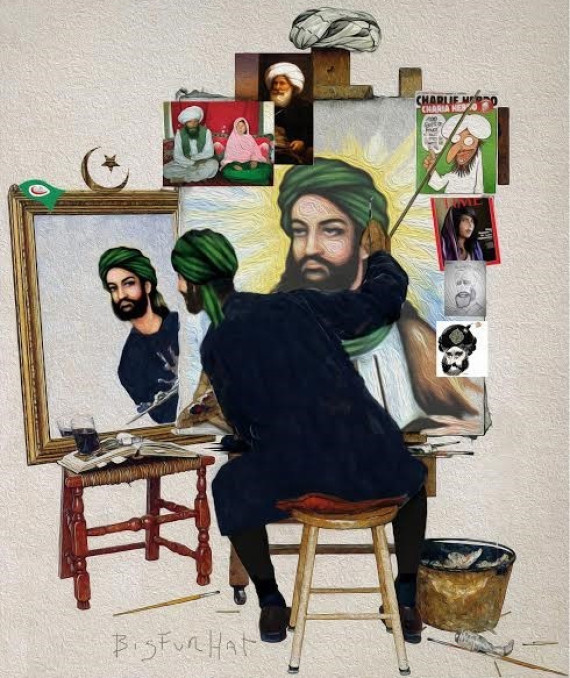 In the wake of the terrorist attack on French satirical magazine Charlie Hebdo, targeted for its irreverent depictions of the prophet Muhammad, Breitbart Texas reports that a "Draw the Prophet" event, accompanied by the First Annual Muhammad Art Exhibit and Contest, is scheduled for May 3 in Garland, Texas. The winner takes home $10,000.

The contest is the brainchild of Pamela Geller, president of the American Freedom Defense Initiative (AFDI). She has been denounced as an extremist by the Southern Poverty Law Center, which categorizes the AFDI as a hate group. According to the Center, Geller is the "anti-Muslim movement's most visible and flamboyant figurehead. She's relentlessly shrill and coarse in her broad-based denunciations of Islam."

The contest echoes Danish newspaper Jyllands-Posten's publication in 2005 of editorial cartoons satirizing the Prophet. The move was meant to comment on self-censorship and resulted in protests throughout the Middle East. There are differing schools of thought in Islam about whether depictions of Muhammad are forbidden (see The Secret Islamic Devotional Art That Depicts Muhammad and Are Cartoons More Powerful Than Art?).

According to the 2010 U.S. Religious Census, cited in the Texas Almanac, the Lone Star State leads American states in the size of its Muslim population, with about 422,000 in 2010.

An image announcing the contest riffs on Norman Rockwell's most famous self-portrait, showing Muhammad painting a self-portrait and thus aiming to highlight the contrast between traditional American values and the beliefs of Islamist extremists. By enlisting Rockwell's saccharine vision to her cause, Geller only underlines her simplistic version of America.

Draw the Prophet is just the latest of Geller's anti-Muslim demonstrations, which include a rally protesting the Council on American-Islamic Relations' (CAIR) Stand by the Prophet conference, held in Garland last month in response to the Charlie Hebdo attack (see 12 Killed at Magazine Previously Attacked for Satirical Cartoons). In 2010, Geller organized a march on the site of the planned Lower Manhattan "Ground Zero Mosque" (see Proposed Mosque Near World Trade Center Reborn as a Muslim Museum).

"The beacon of freedom, the shining light on a hill, is running scared," Geller told Breitbart Texas of the Western media's reluctance to publish controversial images like the Charlie Hebdo cartoons (see Accused of Charlie Hebdo Censorship, AP Removes Piss Christ Image, Belgian Museum Cancels Charlie Hebdo Exhibition, Security Threats Force London's V&A to Remove Prophet Muhammad Artwork, and Why Self-Censorship of Controversial Artwork is Wrong). "We're holding this exhibit and cartoon contest to show how insane the world has become—with people in the free world tiptoeing in terror around supremacist thugs who actually commit murder over cartoons. If we can't stand up for the freedom of speech, we will lose it—and with it, free society."

No word on exactly how free speech is under threat, an especially untenable claim in view of the widespread publication of Charlie Hebdo cartoons (see #JeSuisCharlie: A Digest of Responses to the Killings at Charlie Hebdo).