Texas Gov. Greg Abbott (R) appears to be a pretty good shot ― and a horrible comedian.

A Texas Tribune reporter snapped a photo of Abbott showing off his target sheet on Friday, after which the governor “jokingly” pointed to the bullet holes and threatened the media.

“I’m gonna carry this around in case I see any reporters,” Abbott said, according to reporter Patrick Svitek.

"I'm gonna carry this around in case I see any reporters," @GovAbbott joked. https://t.co/ME7X8nbVx5

Abbott was on a victory lap at a shooting range after signing a bill on Friday that significantly reduces the fee for a license to carry a handgun in Texas. His office says the new law “strengthens the 2nd Amendment,” but critics worry that the state is going too far with various gun measures.

Texas is trying to drastically ease requirements for gun ownership. In April, a House committee greenlighted a bill that would make it legal to carry a gun without a license. Another bill would nix a requirement that gun owners take a training course.

House Bill 375 — authored by State Rep. Jonathan Stickland, R-Bedford — is known as “constitutional carry” and it would make the licensing process and classes to obtain a permit optional. The idea, according to Stickland, is that Texans shouldn’t be forced to take a course and pay a fee to exercise their Second Amendment rights. If passed, Texas would be the 11th state to allow constitutional carry.

A number of Texas Democrats oppose the proposal. State Rep. Donna Howard, D-Austin, a critic of both the campus carry and open carry laws, said constitutional carry “seems to be an unnecessary thing.”

It’s no secret that Texas loves its guns. But Abbott’s quote, at the very least, showed a stunning lack of awareness. After all, Republican Greg Gianforte was charged with assault after allegedly body-slamming a Guardian reporter in Montana on Wednesday. He was elected to Congress the next day.

Everyone saw that story ― media outlets pulled their endorsements of the candidate and the GOP appeared to keep its distance from him after the news broke. As it turns out, threatening or attacking reporters isn’t a good idea, although there appears to be a trajectory of anti-media rhetoric under President Donald Trump’s administration.

“This joke was dangerous and out of line. Because it’s never just a joke to some. It’s never just rhetoric. Words matter,” Dan Gross, president of the Brady Campaign to Prevent Gun Violence, said Friday afternoon.

“President Trump encouraged violence as a candidate on the trail, and his supporters started throwing punches,” he added. “Rep-elect Gianforte once joked about hurting journalists, then this week followed it through with a bodyslam that sent a Guardian reporter to the hospital. Words matter.”

But it doesn’t matter whether these incidents are directly related to Trump’s campaign against the media or simply outliers — the toxic environment is there. Trump has railed against all media so often and with such vitriol that press freedom has already taken a dive.

Trump called the press the “enemy of the American people,” possibly asked then-FBI Director James Comey to imprison reporters, and joked with his head of Homeland Security that the department should consider using a ceremonial sword on the press.

More than 1200 journalists killed worldwide since 1992. 10 this year alone (source: CPJ). But don't let that stop your jokes @GovAbbott https://t.co/KYETboocqH

For @GregAbbott_TX to joke about shooting reporters is absolutely disgusting. Blood on his hands if violence against media escalates in TX https://t.co/nnme0x7bOG

@PatrickSvitek @GovAbbott This journalist says that's not funny at all.

But it goes both ways. In states like Texas and Montana, which have “Stand Your Ground” laws, a reporter would have every right to shoot back in self-defense.

This article has been updated with comment from Dan Gross. 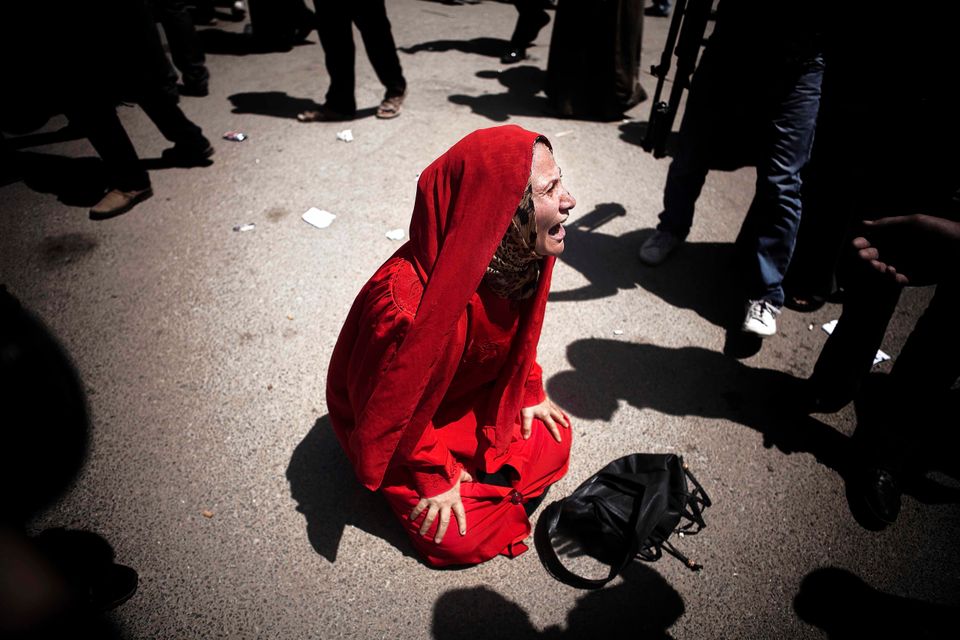