Sheriff Tracy Murphree in Denton, Texas, isn’t backing down from a Facebook rant that blamed Monday’s terrorist attack at a concert in Manchester, England, on gun control laws and political correctness.

“I ran on a conservative Republican platform,” he told the local CBS station. “I don’t think it should be any surprise to anyone.”

Police in Manchester say the attack, which left 22 dead and dozens injured, was the work of a suicide bomber.

Murphree, however, pointed his finger in a number of other directions.

“This is what happens when you disarm your citizens. When you open your borders without the proper vetting,” he wrote on Facebook on Monday. “When you allow political correctness to dictate how you respond to an enemy that wants to kill you.”

Murphree, who has threatened to assault members of the transgender community for using the restroom, claimed “the left” wants to “submit” to an “ideology that treats women as property, kills gays and women and christians with complete impunity.”

“Folks this is an enemy hell bent on killing you. Committed to forcing you to convert or die. This enemy will strap bombs to their own body and blow themselves up killing children. I’m sick of it. You better wake up America. While you are distracted by the media and the crying of the left, Islamic Jihadist are among us and want to kill you. What will it take? This happening at a concert in Dallas or a school in Denton County? If we don’t do something quick this country will die of political correctness and the fear that someone’s feelings may be hurt. It may very well be to late for Europe.”

The comments drew a sharp response from the local chapter of the Council on American–Islamic Relations, which called it an “Islamophobic rant.”

“We call on Sheriff Murphree to reaffirm his pledge, and that of his officers, to serve and protect all Denton County residents regardless of their faith, ethnicity or national origin,” Nikiya Natale, the chapter’s civil rights director, wrote on Facebook. “We are concerned that someone obligated to provide equal justice for all holds such inaccurate, stereotypical and divisive views.”

And while some of Murphree’s supporters agreed with his comments, other residents were disturbed by them.

“I was shocked,” Denton resident Sarah Gramblin told the local NBC station. “I don’t trust that he’s going to treat everyone equally under the law, and that really worries me.”

Murphree had called his earlier comments on assaulting transgender people in restrooms a “mistake,” told the NBC station that his post was directed at terrorists and not the Muslim community.

“I stand by everything I said in that post,” he added. “I’m not backing off any word of it.” 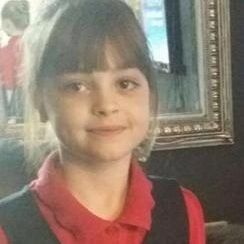