Wildfires continue to destroy hundreds of homes across Texas -- some 57 fires have swept over 100,000 acres, the Associated Press reported on Tuesday.

According to Gov. Rick Perry, who toured the scorched areas, "The magnitude of these losses are pretty stunning."

CBS News reports that the center of the state hasn't received any significant rainfall in the past year. Texas has experienced the worst drought since the 1950s.

Take a look at some of the shocking images of the Texas wildfires over the past month, which show firefighters battling the flames, and the scorched aftermath. 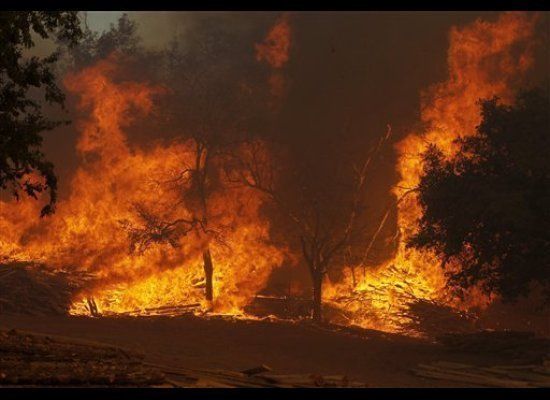 1 / 15
Texas Alight
A large wildfire on Highway 71 near Smithville, Texas, burns piles of lumber and ranch posts on September 5
AP