FORT WORTH, Texas -- The devastating Texas wildfire season reaches the one-year mark on Tuesday, and there appears to be no end in sight as officials brace for large blazes that could ignite anywhere across the drought-stricken state.

Despite a recent lull in fire activity statewide, the threat remains in parts of Texas, so the Texas Forest Service is not declaring an end to the wildfire season that started Nov. 15, 2010.

"This year is a little harder to call (for an ending point) because we're still picking up some fire calls daily," said Tom Spencer, director of the Texas Forest Service's predictive services department. And officials are expecting some large fires this winter and next spring because of dead trees and pastures across the bone-dry state, he said.

The exact starting and ending dates of wildfire seasons vary each year and do not affect the state fire agency's resources or finances, said agency spokeswoman April Saginor.

Another devastating season ran more than a year, from April 2005 through September 2006, when blazes charred about 2 million acres, left 12 people dead and destroyed more than 400 homes. But the 2008 and 2009 seasons each lasted less than a calendar year, according to Texas Forest Service records.

In the past year, wildfires statewide have destroyed nearly 4 million acres and more than 2,900 homes, killing 10 people.

Out-of-control blazes charred land in every corner of the state, including some southeastern towns where rainfall and humidity usually dilute such threats. This spring, various firefighting crews battled what turned out to be seven of the 10 largest wildfires in state history. One was a 315,000-acre blaze in three West Texas counties that narrowly missed the Fort Davis Historic Site, a frontier Army cavalry fort, and the McDonald Observatory, a top astronomical research facility.

Fires twice scorched Possum Kingdom Lake, a picturesque community 75 miles west of Fort Worth, destroying about 160 homes in April and another 40 homes four months later. After fires burned throughout the summer across parts of mostly rural Texas, a Labor Day weekend wildfire destroyed more than 1,500 homes in Bastrop County.

The past 12-month period has been unusually active overall, so it's unclear how long the wildfire season will drag on, Spencer said. September 2010 to 2011 was the driest 12 months on record in the state, and weather experts say the historic dry spell will grip Texas well into 2012.

"If there is a silver lining, it's that because of the drought, we didn't grow a lot of new grass," Spencer said. "But the drought is a concern ... so as long as we have drought, the fire potential is going to be elevated."

View photos from the wildfires below: 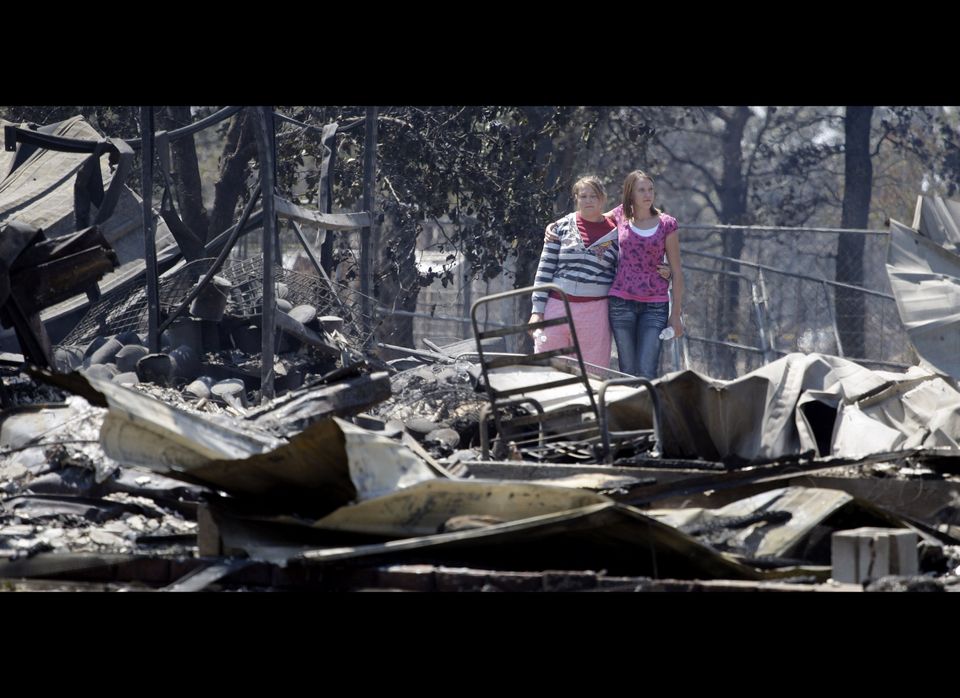