Republican presidential candidate Mitt Romney might need a good laugh after the week he's had, but there's also a chance he's so out of touch that he might not get the humor behind "Texts From Mitt Romney." In fact, that's the root of the joke.

Posted by Nick Douglas of Slacktory, these humorous -- and most definitely fictitious -- texts attack Romney for his elitist attitudes. They're like "Texts From Bennett" from the perspective of the 1 percent.

The messages may lack the hilarious visual cues of "Texts From Hillary," in which an unimpressed U.S. Secretary of State stoically dispenses judgment from her BlackBerry, but "Texts From Mitt Romney" rings true, especially in light of Romney's "47 percent" remark. 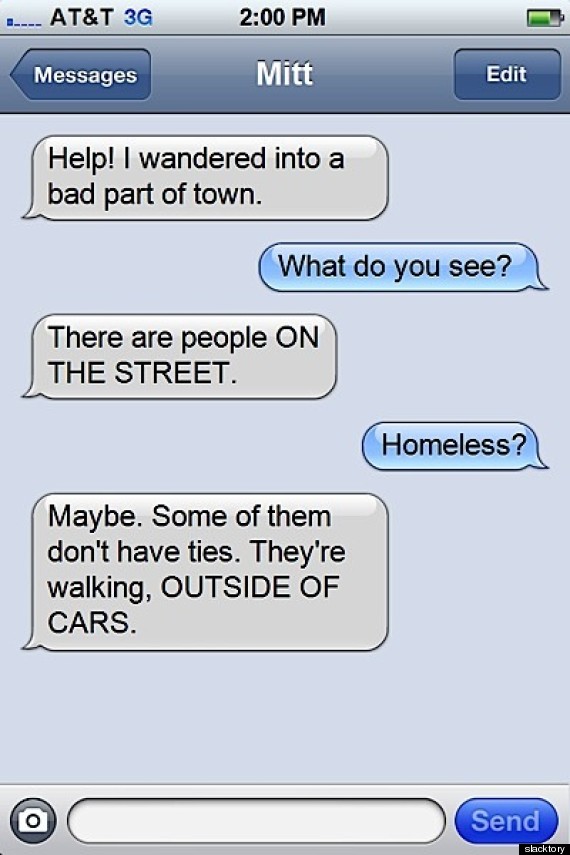 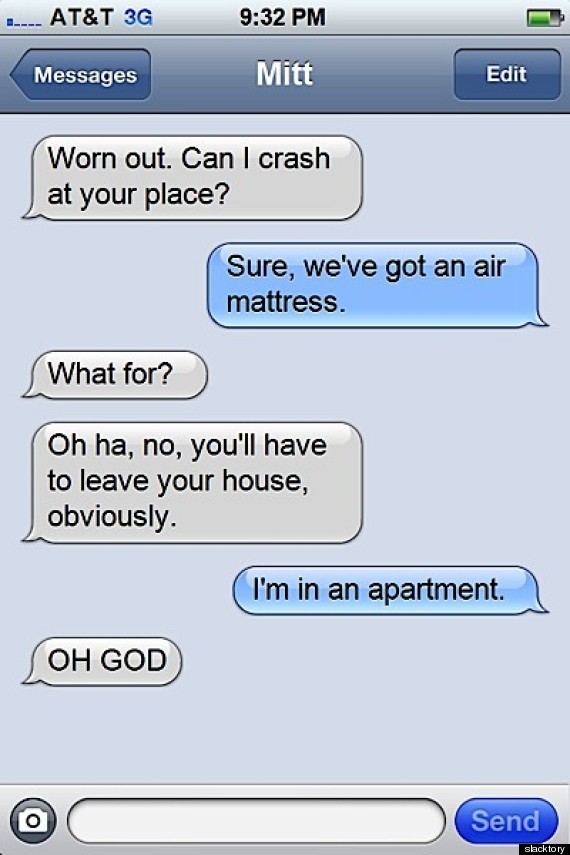 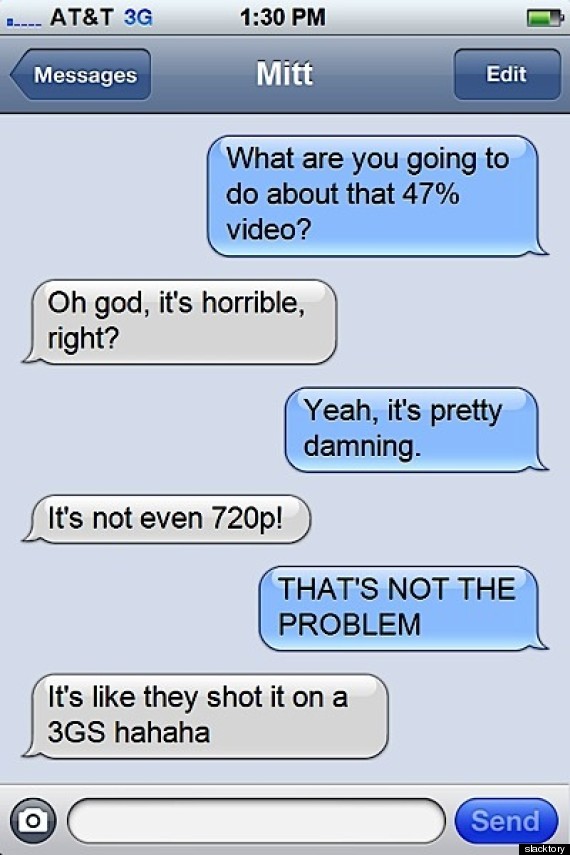 11 Bad Habits We Picked Up From Our iPhones