Near the city of Chiang Rai, in northern Thailand, shines Wat Rong Khun, a Buddhist temple poised to become one of the most stunningly beautiful in the world. Painted all white for purity with glittering glass for the teaching of the Buddha, the temple is designed by the Thai Buddhist artist Chalermchai Kositpipat, and is expected to be finished in 2070.

Wat Rong Khun is rich with symbolism derived from Buddhist and Hindu traditions, as well as some more unorthodox sources. Inside, Wat Rong Khun contains the expected statues of the Buddha, but the Buddhist artist has also included images of Superman, Batman, and Neo from The Matrix who he believes further the Buddha's message. 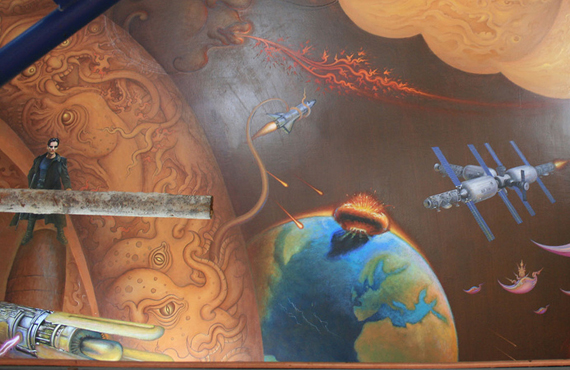 “Only death can stop my dream but cannot stop my project," Chalermchai Kositpipat reportedly said about Wat Rong Khun. Kositpipat refers to the temple as an offering to Lord Buddha and believes the project will give him immortal life.

Have you been to this temple, or another particularly unique place of worship? Share your experiences with us in the comments section.