With its team of transgender flight attendants, a new Thai airline is offering a groundbreaking, alternative take on the friendly skies.

As the Daily Mail is reporting, PC Air, a charter airline with routes across Asia, originally set out to hire only male and female flight attendants, but eventually changed its mind after receiving more than 100 job applications from transgender candidates.

A total of four transgender applicants were chosen for the cabin crew, in addition to 19 female and seven male members, according to Reuters. Believed to be the world's first, the transgender flight attendants are 24-year-olds Chayathisa Nakmai, Dissanai Chitpraphachin and Phuntakarn Sringern, and Ms. Nathatai Sukkaset, who is 26.

“I’m a pioneer, and I’m sure there will be [other] organizations following my idea," PC Air president Peter Chan is quoted by Reuters as saying.

Known as in Thailand as "katoeys" or "ladyboys," transgender women have a greater visibility than in many other nations, even though they are not officially recognized as women and their identification cards always read "male."

Check out photos of the new Thai crew, courtesy of the Associated Press, below: 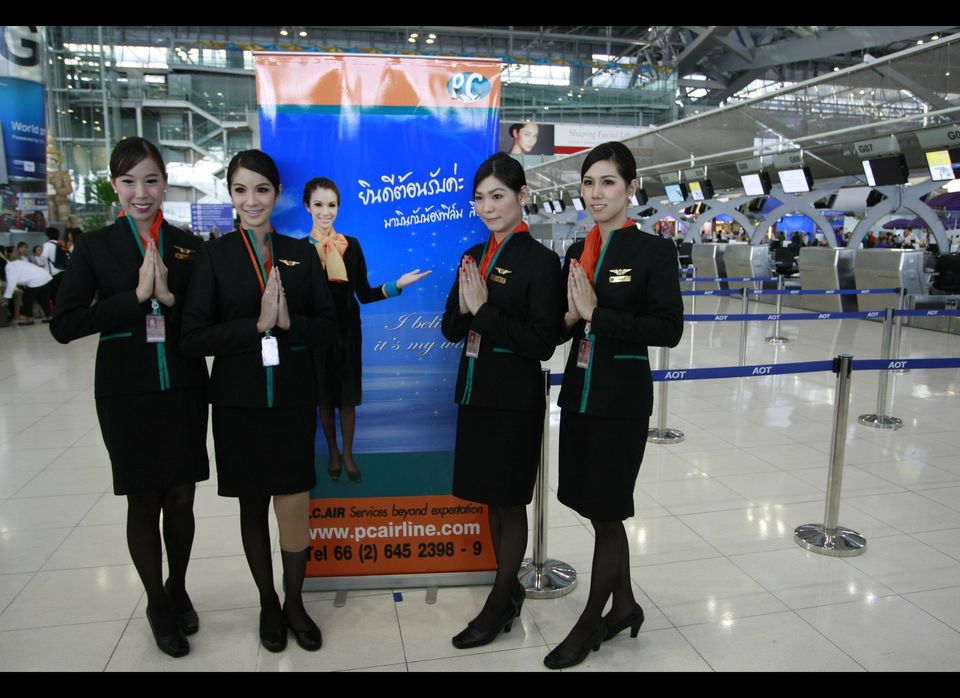