This Sunday morning, as I set out my green and gold for game day, I'm thinking about what it means to be a leader on and off the field.

"Doing the right thing" is not always as easy as it sounds, especially in an atmosphere where fear and anxiety are heightened and fear-mongers exploit tragic events to divide Americans.

That's why I was encouraged and heartened by the example set by Green Bay Packers quarterback Aaron Rodgers recently.

Now, I won't try and hide it: I have been a Packers fan since I was a staffer for then-U.S. Senator Russ Feingold (D-WI) more than a decade ago. So, I can't claim to be impartial. However, I'd like to think I would be singing the praises of any professional athlete who uses their spotlight to do the right thing. 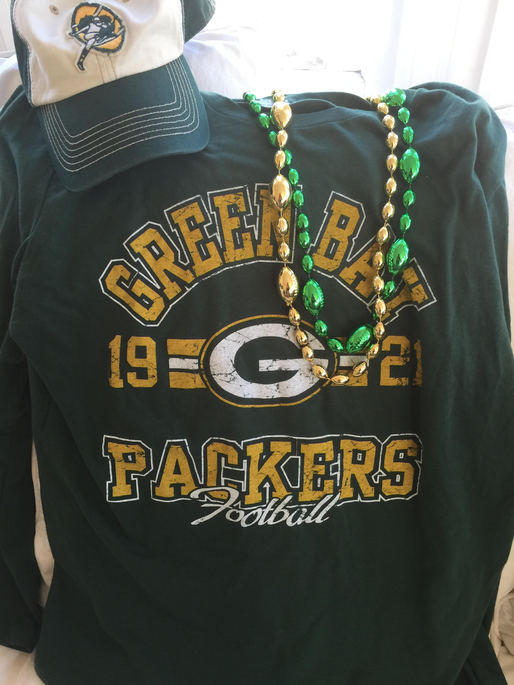 And that's exactly what Aaron Rodgers did. After hearing a fan yell disparaging comments about Muslims during what was supposed to be a pre-game moment of silence to remember the victims of the recent Paris attacks, Rodgers took time during a post-game press briefing to express his opposition to the fan's sentiment.

"It's that kind of prejudicial ideology that puts us in the position we are today as a world," Rodgers said. He added that he was "...very disappointed."

Later, when asked if he had experienced a negative reaction as a result of speaking out, Rodgers said: "I don't care about any brushback there's been. It's been positive with the response. I feel strongly about what I said and I'm very thankful [to have] clarity of mind to be able to speak my thoughts in a way that I'm proud of."

It takes a special kind of courage to speak out in times of fear, more so in this case as Rodgers chose to address the topic on his own -- he wasn't asked to speak about it, he could have easily moved on. That is why his words were so powerful, and why I am so grateful and inspired, and I obviously am not alone. Star athletes like Aaron Rodgers are heroes to many children, including American Muslim children. I know there are young American Muslims in Wisconsin and across our country who were thrilled to have their hero sticking up for them.

So thank you, Aaron. Your statements against bigotry and in support of American Muslims mean a great deal during these times of immense distress, sadness, and uncertainty. I have long been impressed by your skills and leadership on the field, and my favorite team is fortunate to have a quarterback who's just as poised and thoughtful when he steps off the grass.

Aaron reminds all Americans that this is not a time to be silent and sit on the sidelines, but to speak out against religious bigotry in all its forms and to stand up for religious freedom.

And, finally, I can't miss this opportunity to say, Go Pack Go!

Farhana Khera is President and Executive Director at Muslim Advocates. Muslim Advocates is a national legal advocacy and educational organization working on the frontlines of civil rights to guarantee freedom and justice for Americans of all faiths. Through high impact lawsuits, policy advocacy, and community education, Muslim Advocates serves as a resource to empower communities and ensures that the American Muslim community is heard by the courts and leaders at the highest level of government.