Shalin Shah is 22 years old, born and raised in Southern California. Last August, while training for his Peace Corps service in Peru, he fell extremely ill with a racking cough, difficulty breathing and intense rib pain. A CT scan found the cause of his suffering was a 6-inch mass in his chest cavity. After being medically evacuated back to the US, Shalin was diagnosed with stage IV synovial sarcoma with brain, lung and spinal cord metastasis, an extremely rare and aggressive cancer. His reflection below was written days after doctors confirmed his terminal prognosis and told him he had only six to nine months left to live. During that time he has really lived -- including getting married to his high school sweetheart Frances Chen. Shalin is currently in the hospital in California. Although the doctors have given him only days to live, at this time, Shalin is fighting strong.

Most people who I share my story with react the same way: "that's so sad" or "but you're so young, you still have so much more life ahead of you" or "I'm so sorry, this is so unfair." And at first -- yes, I thought so too. I thought my cancer was the most unfair trick life could play on me. I mean, having just graduated college, I was at the point where I could finally start life in the 'real world' and get a job and become independent. At a time when all of my friends were starting new jobs and moving to different places all around the world, I was stuck at home back with my parents receiving cancer treatment. Seemed pretty unfair to me.

Looking back now, I guess it has been a pretty crazy past year for me: studying abroad in Paris, graduating with honors from USC, training for the Peace Corps in Peru, being diagnosed with non-terminal cancer, learning I had terminal cancer...

For me, Feb. 5 was the day every cancer patient plays out in their heads over and over again and hopes never to actually have to experience. This was the day my doctor informed me and my parents that my cancer had spread to my brain and was now medically incurable, and that I had only a few months to live. In all of the hundreds of playbacks in my head of how I would take the news, I was always sobbing uncontrollably, utterly devastated...but the reality was far different from how I would have expected to react to the news. Sure, for the first five minutes I was sobbing uncontrollably as I had imagined, but then suddenly an overwhelming calm swept over me.

As I stared out of my hospital room's window towards the Hollywood Hills, I was finally at peace, oddly accepting and fine with the news I had just received. In a way, it was extremely liberating not having to stress or worry about whether or not the treatment was working anymore. Instead of worrying if I was going to live or die, this terminal prognosis simplified the equation for me. After all, I have no idea why I even feared death so much before.

We know absolutely nothing about death or what happens after death, only that we all will indeed die. Then there is really no legitimate reason to fear death anyways, it's simply another irrational fear of the unknown. Now I just had to focus on living out the rest of my life to the fullest and put all of my energy on having an awesome time enjoying the best of what life has to offer while leaving behind a positive footprint and legacy.

However, it was not until recently that I realized what a blessing terminal cancer has been for me. Of course, I had already accepted my fate and come to terms with cancer, but now I actually am grateful that all of this has happened to me. I realized that had I not been through all that I have been through in the past few months, I would have never come face to face with death and had to reflect and rethink about my priorities, the purpose of my life and of life in general.

Had I not been pushed to this limit, I would not have cultivated a deep appreciation of the beautiful gift of life and of everything around me. I also would not have thought intensely about the legacy I intend to leave behind and how I wanted to impact the world in a positive way before my exit.

This is no tragedy, I don't even think it is sad in the slightest way to be honest. I've been so blessed in my life. I've lived in Paris, served the Peace Corps in Peru, fallen madly in love with the most amazing girl, have the most incredible family and friends anyone could ever ask for... and the list just goes on.

I strongly believe everything happens for a reason. Had terminal cancer not happened to me, I would not have been able to inspire my closest friends and family to appreciate the beautiful gift of life a little more and live more appreciative and positive lives with my story. This is the purpose of my life I had been searching for all of my life -- to inspire positive personal change in as many people as possible. In fact, that is the reason I've decided to write this article and go public with my story as well, I want to share my experience of realizing how beautiful the gift of life truly is in the hopes that it can inspire others who are going through tough times to appreciate the positive in life a little more. It is also the reason why I am, after all that I've been through in the past few months, thankful for terminal cancer. 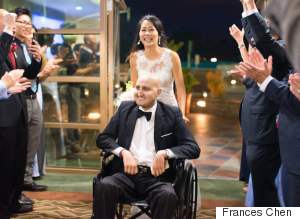 Starting tonight, join us in taking a moment to enjoy the sunset and reflect on what we have to be grateful for in our own lives. This ritual is a part of Shalin's life legacy to help us all appreciate the simple joys and beauty of life. No matter where you are in the world, share and tag your photos with #SunsetsForShalin.
Join the movement on Facebook at facebook.com/sunsetsforshalin, on Instagram @sunsetsforshalin, and on Twitter at @Sunsetsfor.