Rio Tinto, one of the largest mining companies in the world, announced today that it is abandoning once and for all the giant Pebble Mine proposed for the Bristol Bay region of southwest Alaska. Potentially the largest copper and gold mine in North America, the Pebble Mine has generated unparalleled opposition from Alaska residents and people around the world, citing environmental and social risks related to the mine's proposed location in the headwaters of the Bristol Bay fishery - the most productive wild salmon fishery in the world. 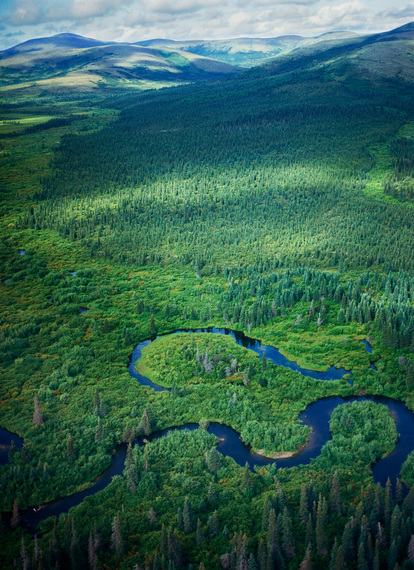 Rio Tinto's decision to walk away from the project without finding a buyer for its interest is the latest major blow to the project. In 2011, Mitsubishi Corporation sold its interest, and in 2013, Anglo American withdrew from its 50 percent partnership in the project, leaving small Canadian mining company Northern Dynasty Minerals the 100 percent owner of the embattled project.

Instead of selling its interest, Rio Tinto announced today that it would equally divide its Northern Dynasty shares between two Alaskan charitable foundations: "the Alaska Community Foundation to fund educational and vocational training and the Bristol Bay Native Corporation Education Foundation, which supports educational and cultural programmes in the region." According to Rio's press release:

"Rio Tinto has long and historic ties to Alaska and we continue to see Alaska as an attractive location for potential future investment. By giving our shares to two respected Alaskan charities, we are ensuring that Alaskans will have a say in Pebble's future development and that any economic benefit supports Alaska's ability to attract investment that creates jobs."

Last December, Rio Tinto announced it would undertake a "strategic review" of its stake in Pebble Mine, including "possible divestment." By abandoning its 19.1 percent interest in the Pebble Mine today, the company has confirmed that the risks of the project are too great and the opposition of the region's residents too strong. Its action is the latest demonstration that the Pebble Mine is economically and environmentally infeasible, even for the largest mining companies in the world.

Rio Tinto's announcement today is outstanding news for Bristol Bay - a vindication of the company's expressed commitment to sustainability in the region and the health, safety, and cultural heritage of the people of Bristol Bay -- and it is the right move for Rio Tinto's own shareholders.

NRDC and its 1.4 million members and activists applaud Rio Tinto's responsible action, and once again we urge EPA to use its authority under the Clean Water Act to act swiftly to stop this uniquely reckless project for good.