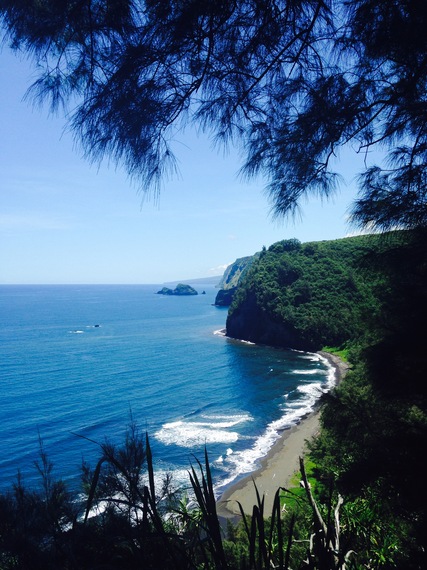 I feel deeply moved by the passing of spiritual teacher, best selling author, healer, and a man who helped me get sober: Dr. Wayne Dyer.

In 2008, I suffered my lowest bottom with drugs and alcohol. I was powerless, out of control, and my life was very small. Something inside me told me that I had the capacity to live vibrantly, but it was not until 2011 that I was synchronistically guided to AA and to my four years of sobriety.

During this three-year research period of realizing that I had a problem, yet not having the willingness or tools to heal, is when I began to fall in love with the teachings of Dr. Dyer. I would listen to his audio talks and books on tape, often times very hungover and still under some toxic influence. Many of the pages of his books that I own have wine stains reminding me of those evenings of despair. I energetically was hanging on for dear life while immersing myself into wisdom that just maybe could help me. Despite my cloudiness, his messages were being absorbed and I began to realize the stark contrast of my life. I identified to both the Carolyn who was powerless over alcohol and at the same time was beginning to understand that I was a limitless Spiritual being capable of the most impossible seeming miracles when I could align with my Source.

Not only were Wayne Dyer's own unique teachings powerful, but this man was also a collaborator and presenter of many spiritual ideas and traditions. This makes me marvel even more at his impact. He is a pioneer who gathered ,introduced, and presented these concepts in such easily digestible ways leaving me hungry for more. Through his teachings I have been introduced to the book A Course in Miracles. This metaphysical text defines a miracle as a shift in perception from fear to Love and guides one to un-learn fear and return to Love through forgiveness. He introduced me to the work of the transcendentalists like Ralph Waldo Emerson and Henry David Thoreau who told us to, "Advance confidently in the direction of your dreams and endeavor to live the life that you have imagined."

Before I had a steady yoga practice or studied any yogic wisdom, he introduced me to Patanjali, the father of The Yoga Sutras. The Patanjali quote that Dr. Dyer often shared remains my most favorite quote: "When you are inspired by some great purpose, some extraordinary project, all your thoughts break their bonds: Your mind transcends limitations, your consciousness expands in every direction, and you find yourself in a new, great and wonderful world. Dormant forces, faculties and talents become alive, and you discover yourself to be a greater person by far than you ever dreamed yourself to be."

When I first heard that quote in my darker days, it seemed so far fetched and far away and also so comforting. Now, in sobriety, I imperfectly and steadily am becoming this person beyond my wildest dreams. My willingness and eagerness to enlarge my spiritual life one day at a time continues and Wayne Dyer remains one of my favorite teachers.

I was lucky enough to see him speak in person once at Wanderlust, Lake Tahoe in 2012. His mother had passed away right before he gave the talk and he shared about the many different bodies we have in a lifetime and how the human life is weightless. Ironically, it is his very thoughts and perceptions on death and the spirit that are comforting me as I feel loss from his passing.

I feel close and connected with Dr. Dyer whose birthday is just a day before mine. On the night of his passing on Saturday, August 29th, I was on the Big Island of Hawaii for the first time as he made is transition on Maui to the world of Spirit. I marveled at the majestic, full super-moon in the mystical sign of Pisces with a new special someone. I felt a sense of innocence and wonder as Heart connections were being born, and just on the next island over this teacher of so many was leaving his body. I feel awe and and feel comforted by the vast myriad of emotions and experiences that the container of that evening held.

The teachings of Dr. Wayne Dyer were the first seeds planted that inspired me to blossom on this lifelong path of awakening and healing.

Often times when people would call into his Monday radio show on HayHouse Radio they would thank him for saving their life. He would so humbly and lovingly remind them that their healing and Divine power was within.

I thank Dr. Dyer for being a wise, funny, beautiful, and compassionate pointer to the wisdom and beauty that has always been inside.

I send his family, friends, and the millions and millions of people whose lives he has touched so much love, light, healing and peace. May his Spirit live on in all of us.

Here are links to access couple of my favorite Dr. Wayne Dyer recordings.