After attending 25 years of high school graduation ceremonies, it finally dawned on me as I sat in my robe and was thanked by grateful students and their parents -- I really didn't deserve such nice seats.

Compared to the folks who were really responsible for the pomp and circumstance, my hourly contribution was minimal. Elementary teachers put in the long hours and are stuck with the kids all day long. Middle school teachers are fighting the two-headed dragon of hormones and immaturity in a short, nasty body that often hasn't developed a soul yet.

Within two days, my hometown of Clawson, Mich., lost two of its icons: John Denstaedt and Bill Wentz. Both of them were outstanding educators and mourned by thousands. Yet when I walked across the stage and grabbed my diploma in 1983, they weren't there -- or if they were, I wasn't even looking for them. I had moved on. Clawson High School and Junior High (middle school without the sixth grade, back in the early '80s) are separated by long corridor with the pool in between. But it might as well have been the Gulf of Mexico.

I think that deep down, most high school students suppress those dark years of seventh and eighth grade -- instead convincing themselves that they always did the right thing. It's like that shudder that makes you not dwell on what you may have said to have former boyfriend or girlfriend.

Yet someone has to do the dirty work, like Game of Thrones' Night Watch, protecting the southern kingdoms from the beasties on the other side of the wall...

After I shook hands with friends and relatives, I sought out those high school teachers who had made a difference -- and they were immensely influential on my life and I invoked them daily in my career in the classroom.

But the teachers I didn't think about that day perhaps affected me more. 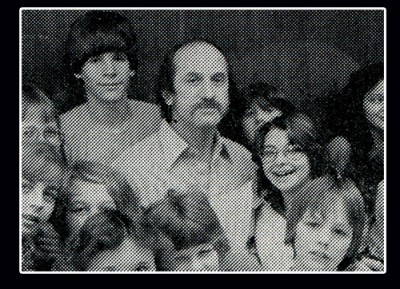 When I received the startling news that Mr. Wentz had passed, it jolted me. It was his second career, after serving in the Korean War and working as an engineer. And he remained a teacher for 45 years. He had the unenviable job of teaching seventh grade math -- and I never faulted him for his speedy trips for a cigarette after each class. I wouldn't have faulted him for a trip to Ted's Pub after what we put him through. 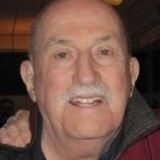 Mr. Wentz was a staple at every sporting event, generally keeping score or proving a voice for the events. The last time I saw him was at the scorer's table, actually, just a few years ago. 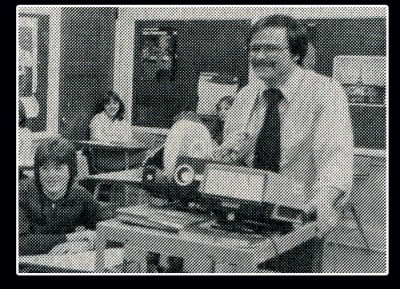 A few days later, I heard that Mr. Denstaedt, my seventh grade geography teacher had died of a heart attack. His slideshows of his trips around the world were amazing. And I still know the 50 capitals because of his humor, graphics and general good spirit.

He was my last hour of the day and my gateway to summer in 1978. And to ease the pain of his final exam, he opened up his record player and played Fleetwood Mac's Rumours. I still can't not think of John Denstaedt when I hear "Don't Stop Thinking About Tomorrow" long before Bill Clinton and Al Gore did their awkward victory dance in 1992. 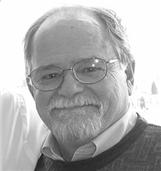 A year later, he was a chaperone for our eighth grade trip and his slides had convinced me in between to pick up photography and actually create a darkroom in my parents' basement -- after some lucky breaks at local garage sales for enlargers and trays. I remember being on the steps of the Lincoln Memorial at dusk as he and I discussed the best ways to create proper exposure for a shot of the mall and the Washington Monument in the reflecting pool.

Yet it wasn't until they both passed so near one another, that I realized their deeper influence on me. Both had great, dry senses of humor and were devoted to their students' success. In both rooms, you'd walk in and get a wink and mustached smile and feel like you were at your uncle's house and about to have a fun afternoon -- even if he somehow convinced you, like Tom Sawyer's fence-painters, that it would be great idea to mow the lawn or paint the garage.

Nobody wakes up and says, "Yes! Today's the day for long-division AND Eastern European rivers!" Nor did they roll into my composition classes pumped up about the amazing transformer-like quality of a gerund. I knew how tough a sell I had and so did Bill and John (as if I ever thought of them as owning first names).

I truly believe that school districts should not only provide robes and invitations to elementary and middle school teachers, but they should be seated on the dais, not the school board members.

The Day-Watch - The Faculty of Clawson Junior High, 1978.

They are largely ignored or simply pitied. Yet the best ones I know wouldn't have done anything else with their lives. Their love of their subject, your kids, and more importantly that quirky "middle" between child and adult makes theirs truly a calling.

Bill and John, you are truly thanked and missed by many -- even if we haven't realized it yet.

Images courtesy of Clawson Public Schools and the Denstaedt and Wentz families.