Pierre Omidyar, founder of eBay and CEO of Honolulu Civic Beat, recently published a blog, WikiLeaks, Press Freedom and Free Expression in the Digital Age, which may be a beacon of light for those passionate about justice. The ideas are not new but the way he wraps them into a balanced discussion which accounts for multiple valid perspectives is refreshing. 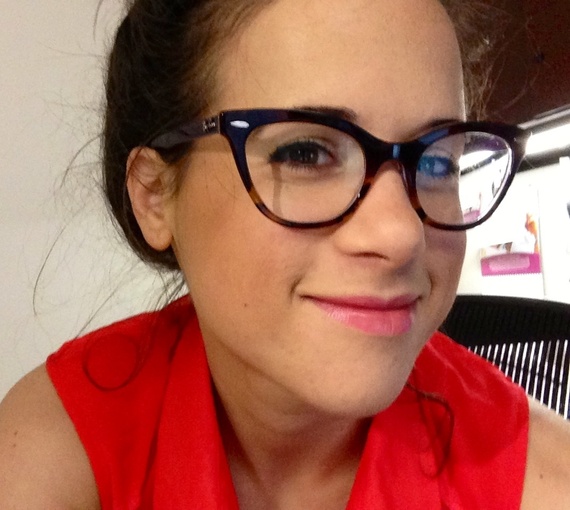 Thoughtful, intelligent, and respectful civil discourse is needed more than ever to address the issues of our time. People have become accustomed to screaming across the fence without listening to each other or accomplishing anything of value for our society. With many elected officials and mainstream media selling out their public responsibility or reputation to powerful corporate interests, Omidyar's new publishing venture could be a force for positive change in the coming years.

Respected journalist super-heroes like Glenn Greenwald, Jeremy Scahill, and Laura Poitras come together for this venture along with the business and tech ingenuity of Omidyar. Perhaps there is hope for independent journalism and freedom of the press after recent setbacks from NSA spying and a governmental war on whistle-blowers. The deliberate misinformation and partisan spin of the mainstream media has become like the yellow journalism of days past causing credibility to plummet and ignorance to soar.

Omidyar has flesh in the game as a publisher who believes in freedom of the press and entrepreneur. PayPal (a subsidiary of eBay), was targeted by Anonymous Hacktivists for refusing to accept online donations to WikiLeaks. Trials for The Paypal 14 hackers starts this week. He boldly states, "We're talking about how democracy can be diminished when government uses its power to silence a voice it disagrees with."

Thanks to the Citizens United ruling, which is creatively explained in this short video by Free Range Studios, I think it is fair to say that government and private corporate interests have become synonymous. Private corporations have been acting through our government to silence those voices which interfere with their business interests. This is a fact widely understood within the activist community and is now becoming more obvious to the general public. This has spelled disaster for public health, democracy, justice, and the environment.

Omidyar is wise to illuminate that hacktivists who use software for online protests or civil disobedience have the capacity for "excessive impact in the hands of each person," as he frames it. Noting the damage that these actions have on the general public (Paypal customers) he says, "An attack on PayPal's servers hurts these vulnerable people far more than it hurts a multinational company."

So let us take this same line of reasoning one step further... Let's look at other ways that "excessive impact" on the general public is in the hands of a few decision makers in order to understand what activists are upset about:

-Right now we have the equivilant of over 12,000 atomic bombs dangerously dangling 120 feet in the air at the damaged Building Four in Fukishima.
-Fracking wells that threaten to contaminate entire watersheds risking a public health crisis.
-Previous disasters like BP's Deep Horizon and its effects on wildlife, public health, and small business in The Gulf.
-Tarsands dirty oil being extracted and pumped hundreds of miles over the farming and aquifers in the heartlands of our nation.
-Covert military operations like Iran Contra, or emperial foreign policies like drone-strikes that kill innocent people and potentially that lead to blowback threatening homeland security.
-Trade deals like TPP that rewrite business rules behind closed doors leaving the general public, workers rights, and environmental concerns out of the bargaining room.

You may or may not agree with all of my examples but I think you get the drift if we are talking about "excessive impact" and the erosion of democracy...

Clearly the stakes are high and we can't pretend that it isn't a few people with unbelievable financial influence over our policy-makers decisions that "impact" us all. Do we have a history of accountability, or government holding these corporate interests responsible? Sadly not. In many cases, they continue to be rewarded with tax-breaks while the losses and damage is shifted to tax-payers. Can we afford to poison our water, air, and democracy indefinitely without all paying a price that we cannot afford? No. How is the public to be informed when journalists and activists voices are silenced? Excessive impact often creates excessive responses on both sides.

We have a history of private interests placing risks and costs on the public sector (financially, socially, and environmentally) while privitizing their profits. So the underlying discussion really comes down to the interface between public health/safety and private enterprize. Can we make ethical decisions that respect both? These are issues that activists have been screaming about for a long time but progress won't happen until business leaders weigh in on the discussion.

As a society, our notions of free speech and protest must evolve since much of the public sphere is now online. Online protest is a new form of expression and probably feels natural to people who have grown up participating in online communities. The principles of the First Amendment require that we create space for free speech and association, unencumbered by government intrusion, and that those spaces exist online as well as offline. But in creating those spaces, we must also be cognizant that a much smaller number of protesters can now significantly disrupt the activities of millions of their fellow citizens who have an equal right to go about their lives without undue disruption.

Due to Citizens United we have politicians beholden to campaign contributors instead of constituents. We have a few individuals and groups with the economic muscle to sway public policy, who own media outlets, and influence news spin to fit their interests. We have NSA pressuring private companies to spy on American Citizens and these issues have created an extreme climate for whistle-blowers, hacktivists, and civil unrest. Economic disparity, poverty, and ignorance are precursers to civil unrest, oppression, and eventually violence.

A healthy democracy depends on an informed electorate and that can only happen with news sources that are not tainted. A healthy democracy will reduce the need for protests and civil disobedience dramatically along with their consequences so that we all may go about our lives without "undue disruption". Remove the root cause and the symptoms will disappear.

The most important stories that need to be told may not be profitable in dollars but are priceless to the health of our democracy. Independent Media in news, film, and other platforms is crucial to innovation, creativity, and telling these important stories. How can we make space for this in our economically-driven world?

Who are the entrepreneurs with enormous financial capital to make the needed leap towards shaping our country and world with a heart for increasing social capital, health, and well-being for all instead of just a few? Hats off to Omidyar for his efforts! May he stay true to his passion for justice and freedom of the press to reach a level of success that dwarfs his accomplishments with eBay. Read the full text of his article here, and learn about his new media venture here.