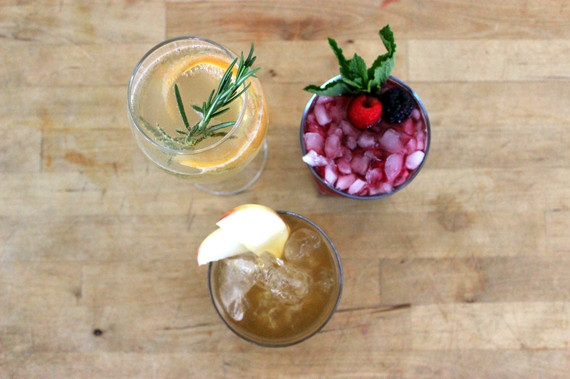 Last year just before Thanksgiving, someone asked me if I could recommend a punch recipe that would take a long time to prepare. I believe his exact words were "I want a 30-minute punch." I was a bit taken aback, mainly because I didn't understand why. I'm used to recommending simple recipes that won't scare people off. But the more I thought about it, I understood what we was after. Thanksgiving, and the holidays in general, is as much about preparing a meal as it is eating it. So if something requires a little more labor, you can put that much more love into it.

So with that in mind, here are some Thanksgiving-themed cocktail recipes that require more of a culinary approach. They don't necessarily take 30 minutes, but each requires some additional preparation beforehand, which is well worth the effort.

Port of Call -- This is one of the first cocktails I ever created at Clover Club and probably one of my most popular. It is literally the holidays in a glass. If you're really gung ho you can make your own cranberry preserves, but you can also buy them or substitute for them with cranberry sauce. If you do the latter, you may need to add a bit more cinnamon syrup to taste. 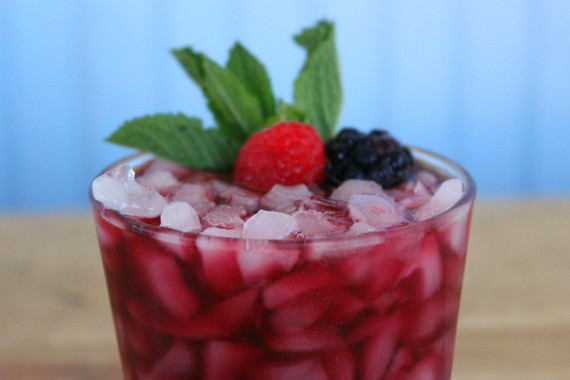 *Cinnamon Syrup
-- If you read my blogs you've seen this recipe, I use it all the time. But here it is just in case. I recommend making a larger batch using it throughout the holidays and winter. 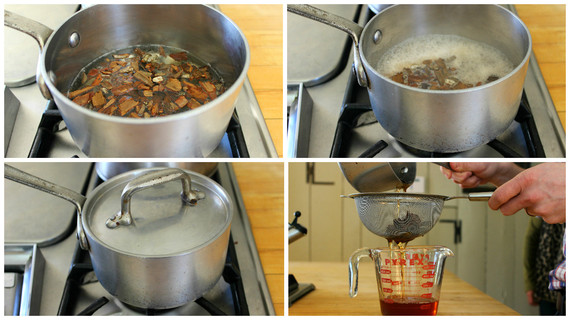 Port of Call as a Punch: -- To make this in a large batch, combine everything in a pitcher, stir in the preserves, or better yet use an immersion blender, then strain out the solids. Add about 1-2 tablespoons of water per drink (since you won't be shaking with ice) and pour over ice in rocks glasses.

William Brewster Punch -- Serves 16 -- I served this at Thanksgiving last year. It was a huge hit, pear, rosemary and Champagne play very well together. It's named after an original Mayflower passenger. He was separatist, so I'm not sure he'd take part in drinking it, but still, his name sounds really cool. The pear brandy might be a little tougher to find, but more upscale liquor store should carry it, just make sure it's real pear brandy, not a sweetened pear liqueur. 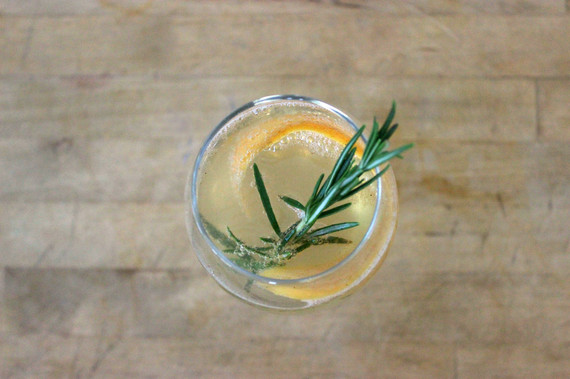 Farmhouse Sour -- Whiskey is always a good choice for Thanksgiving. This is a newer recipe I came up with, the figs give it a nice fruity lift that's balanced out by the bite of the ginger. You can also make it as a punch using the same method I described for the Port of Call above. I'll be honest, I bought the fig jam. But if you want to make your own go for it! 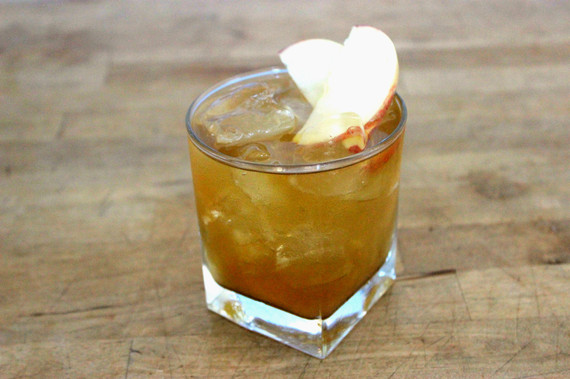 *Ginger Syrup
-- This syrup is amazing, though to make it you need a juice extractor to get the ginger juice. It's really only the only tool that'll get the desired result. There are other ginger syrup recipes that involve simmering ginger in simple syrup, similar to the cinnamon syrup method above, but this one has a much stronger, spicy, ginger flavor. By all means, try the recipe with a different syrup, though it may require some tweaking. In which case, trust your instincts!
That should do it. Happy Thanksgiving all! Cheers, and happy mixing.