It’s time to put together your festive Thanksgiving menu ― but this year, try to  cook up a way to make sure that most of it actually gets eaten.

Americans discarded the equivalent of 6 million turkeys over Thanksgiving last year, according to environmental group Natural Resources Defense Council. That has a huge environmental impact, even without accounting for the water and labor that went into raising those birds. It also doesn’t include all the stuffing and casseroles that will end up rotting in the back of your fridge in the days after the feast.

The entire holiday season can be an excuse to indulge, but there’s something about Thanksgiving specifically that urges us to buy more, cook more and inevitably squander more perfectly good food ― even as 41 million people in the U.S. struggle with hunger and food waste in landfills generates tons of greenhouse emissions.

“Thanksgiving almost exacerbates it,” said Nicole Civita, a lawyer, professor, food ethicist and director of the Food Recovery Project. “It’s a holiday specifically built around the meal, as opposed to a meal being a way to celebrate the holiday.”

But being mindful of how much food you’re making doesn’t have to cut into your sacred holiday traditions. Here’s how you can have your turkey, eat it too, and still avoid contributing to our global food waste problem.

Calculate How Many Ingredients You Actually Need

Running out of food is every host’s worst nightmare, but stocking up like a survivalist isn’t the solution. A nifty new tool from nonprofit Save the Food, called the “Guest-imator,” might be, though. You can input the number of guests you’re expecting, the types of eaters they are, what dishes you’re serving and how much you’d like to have left over after the meal. Then the tool calculates how much you need of each ingredient.

Feel OK About Ditching The Turkey

It isn’t entirely clear if pilgrims even ate turkey at that first Thanksgiving in 1621. So if not all your guests are into this specific type of poultry, skip it. Civita, whose table will include vegetarians and meat-eaters, plans on ditching turkey and having a “side dish bonanza” instead.

“We broke free from the idea that we have to have this bird sacrificed at the center of the table, because it’s what we’re ‘supposed’ to do,” she said.

Forget About Your Grandma’s Signature Dish That No One Eats

Civita suggests taking honest inventory of what family members actually want to eat, not what has become tradition. If you tend to make a dish just because it’s an annual habit, even if doesn’t actually go over all that well, consider nixing it ― or at least making a smaller portion.

Ease Up On The Appetizers

If your entrees and side dishes are the main event at your meal, consider going easy on appetizers and the cocktail hour. But if you’re more of a finger food kind of chef, make that the focus of your dinner party.

“It’s about making sure we don’t take the joy and fun out of the celebration,” Civita said.

Go Light On The Soup

A hot, steaming soup is a standard start to the meal. Civita recommends making a lighter option so that guests will have room for what’s coming up next ― and so that you’ll end up wasting less.

Ransacking the fridge the day after Thanksgiving is as much a part of the holiday as debating politics with your family. To make sure all your guests get to enjoy the leftovers and that you don’t throw out much, pack up to-go bags.

“It’s nice for people who didn’t host to have a little bit of the after-holiday traditions also,” Civita said. “And then you don’t have to have turkey sandwiches for the next five days.”

PHOTO GALLERY
How To Decorate Your Thanksgiving Table For Under $50 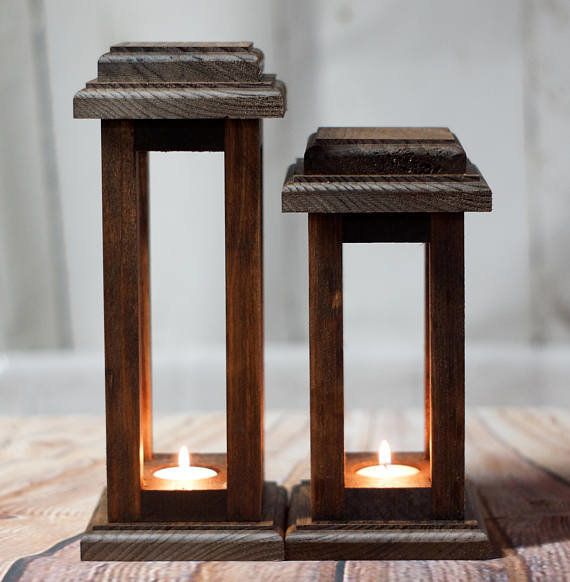 1 / 21
Reclaimed Wood Lanterns
These <a href="https://www.etsy.com/listing/480988173/reclaimed-wood-lanterns-rustic?ga_order=most_relevant&amp;ga_search_type=all&amp;ga_view_type=gallery&amp;ga_search_query=thanksgiving%20table&amp;ref=sr_gallery_46" target="_blank">wooden lanterns</a> are the perfect accessory to a simple holiday centerpiece.
Etsy