(RNS) Even given its oversized plates piled high with mashed potatoes, turkey, homemade stuffing, candied yams, a plethora of vegetables and pumpkin pie – followed by after-dinner lethargy — Thanksgiving may be the one day that Americans are not guilty of gluttony.

The November holiday is, after all, about expressing gratitude, building family memories and celebrating the Earth’s bounty. The annual occasion promotes taste, togetherness and joy.

It’s the other 364 days of the year — like Black Friday — we should be worried about, said Mary Louise Bringle, professor of philosophy and religion at Brevard College in North Carolina.

“Sitting around the table at a feast is not a gluttonous act,” Bringle said. “Sitting in front of the television gobbling potato chips is.”

Gluttony as sin is a centuries-old concept, said the professor, author of “The God of Thinness: Gluttony and Other Weighty Matters,” but applies even more today.

Contemporary Americans are obese and anorexic, diet obsessed and food snobs, vegan and omnivorous, nibblers and pigs, counting calories and piling on toppings.

Some ancient Christians knew better, Bringle said. Our relationship to food should be one of reverence and thankfulness; our bodies should be temples.

The idea of gluttony as evil originated with Egyptian monks in the fourth century, she said. They renounced earthly pleasure to get closer to God, and their greatest temptations were food and sex. Thus, gluttony and lust topped the monks’ list of no-nos.

But when the categories moved from the monastic into the masses of humanity, these two became the least important, Bringle said. “It was an issue of balance.”

Food is not the enemy, she said. Excess is.

Pope Gregory in the seventh century expanded the notion of gluttony from mere overeating to include also eating too early, too eagerly, too expensively and with too much or too little attention.

Thus, he argued, it is wrong to think about food the minute you awake, to eat rapidly without saying grace or to fail to recognize God’s hand in providing the sustenance. It is sinful, then, to stuff yourself rather than savoring each bite, to spend so much on food that you go broke, or to be too picky about what you eat.

“Eating too much is a small part of gluttony,” Bringle said. “Fixating on three grapes and two curds of cottage cheese is a form of gluttony. Buying Lean Cuisine and obsessing about fat grams is gluttony.”

Indeed, she said, anything that keeps us from accepting the gift of food with humility and moderation is a sin. Both self-indulgence and self-denial undermine our relationship to God, the Earth and others.

“Christian moralists argued that it is as big a sin to fast on feast days,” she said, “as to feast on fast days.”

Gluttony, Bringle said, is a symptom of other, greater failings — such as pride, vanity and selfishness.

Clearly, America knows a lot about those.

The sin in all this greedy consumption, according to St. Thomas Aquinas, is not in the food, the cars or the clothes, but in the ravenous yearning for more, more and more.

“The vice of gluttony does not regard the substance of food, but in the desire thereof not being regulated by reason,” Thomas wrote. ” It is a case of gluttony only when a man knowingly exceeds the measure in eating, from a desire for the pleasures of the palate.”

That’s often the case these days.

Obesity has ballooned to an epidemic in the U.S., food portions have expanded, plates have grown ever larger and daily caloric intake has skyrocketed.

Americans wolf down 815 billion calories of food every day – roughly 200 billion more than needed and enough to feed 80 million people — and throw out 200,000 tons of edible food, reports mindfully.org, a website of social research.

But food is not the only thing that has been supersized. The average American consumes as much energy, the site says, as two Japanese, six Mexicans, 13 Chinese, 31 Indians, 128 Bangladeshis or 370 Ethiopians.

The Rev. Brian Diggs, the Salt Lake City-based director of the United Methodist Committee on Relief for the West, is more concerned about collective, not individual, gluttony.

“Too often Christians tend to define sin as a personal choice, which it is, but it is also communal problem,” he said. “We are always trying to get something new, build up our material possessions, but are never satisfied.”

When you become conscious of living more simply, as large Christian movements are doing these days, he said, “smaller kinds of personal sins come into a clearer light.”

It should be part of a Christian witness, Diggs said, to be “mindful of the way that millions of people live.”

The Rev. Jeffrey Silliman, retired Presbyterian pastor and former president of the now-defunct Salt Lake Theological Seminary, said modern Americans are seduced by constant pitches about the connection between food and self-image.

“When we offer the Lord’s Prayer about ‘leading us not into temptations,’ ” Silliman said, “we should remember that advertising is a powerful temptation.”

Companies sell slimness and sexiness, wrapped in materialism, he said. It can be compelling and confusing.

“Most people don’t think of gluttony as a spiritual issue,” Silliman said, “just a case of bad choices.”

It is spiritual, however.

The Bible’s Apostle Paul preached that human bodies are God’s temple, the pastor says. “Junking up our holy temples is clearly wrong.”

Quakers don’t talk about sin, said Elaine Emmi, who belongs to the Salt Lake Society of Friends, but they do “strive to live in a manner of right sharing of the world’s resources.”

The United States’ “ecological footprint is immense,” Emmi said, “requiring many more resources than are available on our planet.”

Our modern lifestyle, she says, “often keeps us so caught up in accumulating more and working harder that we fail to understand the inequalities around the world. But this is also a problem in Third World and emerging economies, as all people seem to be striving to live as Americans do.”

Thanksgiving is a day to celebrate food with gusto, Emmi said, but it’s also an opportunity to meditate on those who have little for which to be thankful.

With every helping of steaming mashed potatoes with gravy, she advised, “we need to be aware of those who go without food on Thanksgiving.”

And, she added, on every other day of the year. 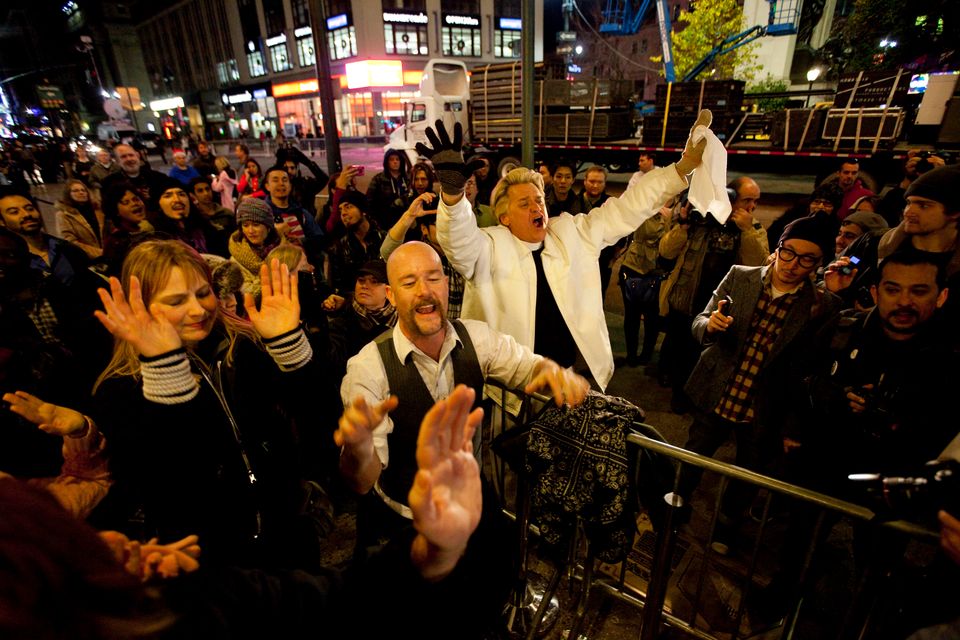 1 / 7
Luke 12 16-21
Luke 12 16-21 Then he told them a parable: ‘The land of a rich man produced abundantly. And he thought to himself, “What should I do, for I have no place to store my crops?”Then he said, “I will do this: I will pull down my barns and build larger ones, and there I will store all my grain and my goods. And I will say to my soul, Soul, you have ample goods laid up for many years; relax, eat, drink, be merry.” But God said to him, “You fool! This very night your life is being demanded of you. And the things you have prepared, whose will they be?” So it is with those who store up treasures for themselves but are not rich towards God.’
Getty Images