Reprinted with permission from "The Dreadest Feast: Writers on Enduring the Holidays" published by Stewart, Tabori & Chang edited by Taylor Plimpton and Michele Clarke. 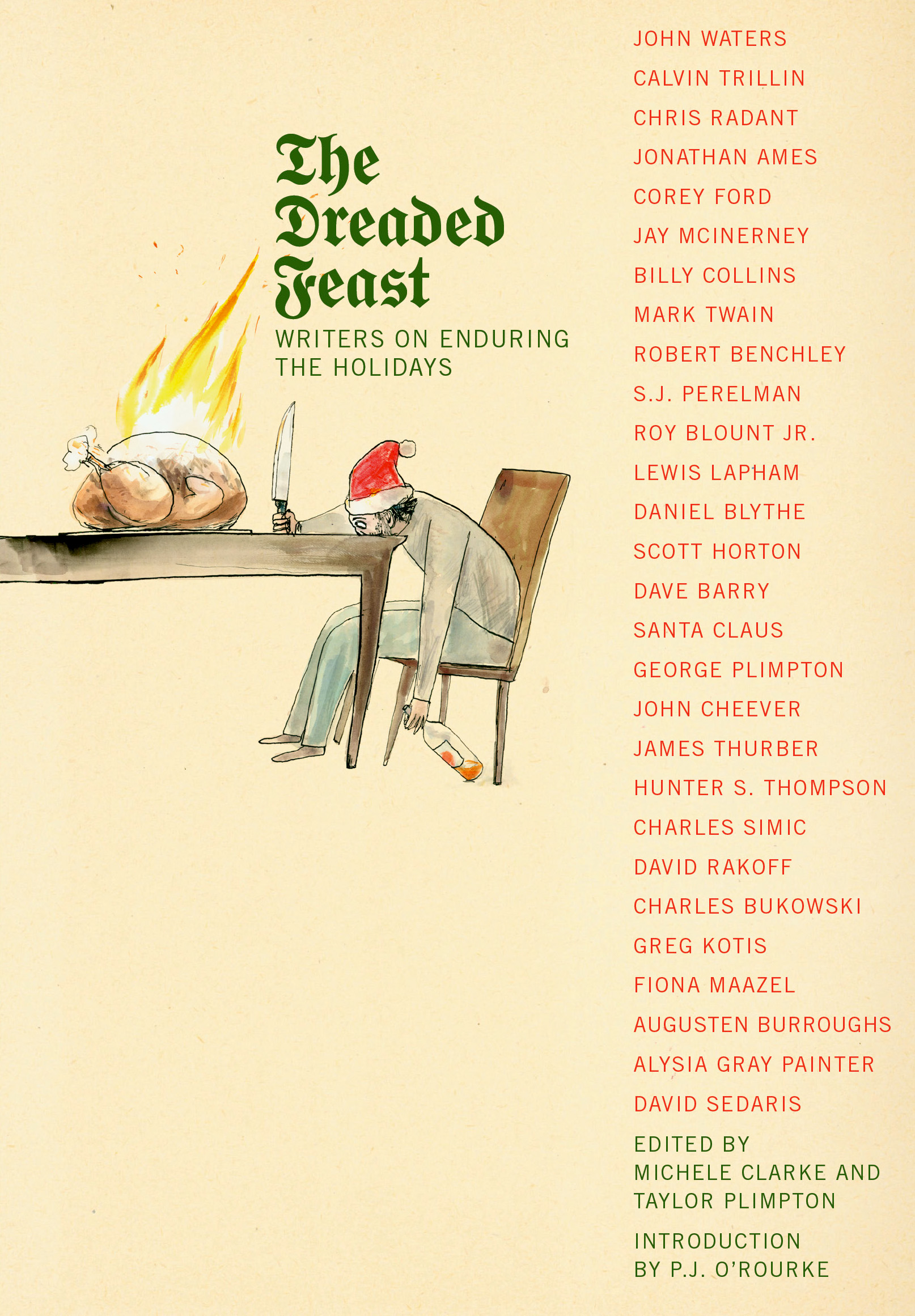 The crossed multiple blades of the blender
set out to dry on a counter.
The corkscrew unsheathed and ready
to enter whatever cannot resist its twisting.
The carving knife waiting alongside
the sharpener for its abrasive touch,

The blue box of matches, the white candles.
The branch of dry leaves brought in
Along with vines clustered with red and yellow berries,

All of which points to the anonymous turkey,
soon to be trussed with string
but now soaking on the cold porch
in a bucket of salted ice water,
in brine, as they like to say this time of year.

And we must not overlook the oven,
radiating in a corner of the kitchen
set at first at 500 degrees
then lowered almost mercifully to 350,

still hot enough to lift the bird
into the condition of sacrificial edibility,
yet short of what would incinerate a book,
the oven that swallowed the witch and Sylvia Plath
and now the oven of our pleasure,
our forks and glasses blindly raised.

2. The Gathering, a Thanksgiving Poem

Outside, the scene was right for the season,
heavy gray clouds and just enough wind
to blow down the last of the yellow leaves.

But the house was different that day,
so distant from the other houses,
like a planet inhabited by only a dozen people

with the same last name and the same nose
rotating slowly on its invisible axis.
Too bad you couldn't be there

but you were flying through space on your own asteroid
with your arm around an uncle.
You would have unwrapped your scarf

and thrown your coat on top of the pile
then lifted a glass of wine
as a tiny man ran across a screen with a ball.

You would have heard me
saying grace with my elbows on the tablecloth
as one of the twins threw a dinner roll across the room at the other.