Thanksgiving is for giving thanks, often to family and God -- or so common wisdom tells us.

But according to a new HuffPost/YouGov poll, only 40 percent of Americans plan to talk about what they are thankful for before Thanksgiving dinner. A little more than half, 52 percent, say they plan to say a prayer before the dinner. 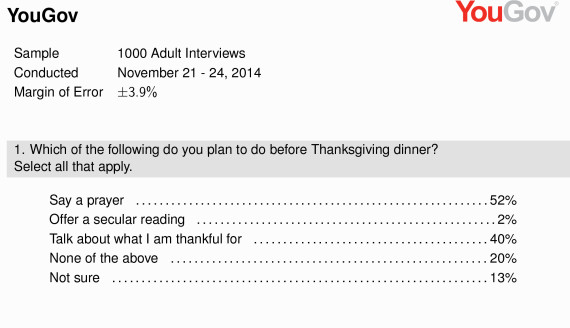 The survey, conducted late last week and early this week among a representative sample of American adults, asked respondents which of the following they planned to do before Thanksgiving dinner: say a prayer, offer a secular reading, talk about what they are thankful for or none of the above. People could check more than one response and could also say that they were “not sure.” 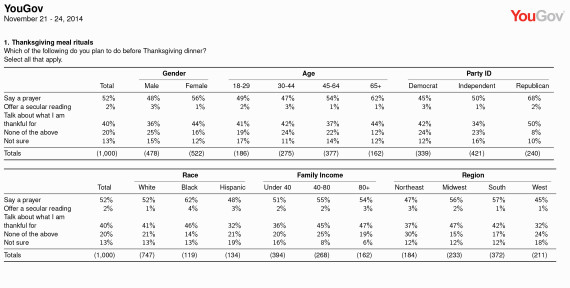 One-in-five Americans chose “none of the above,” while 13 percent said they weren’t sure of their plans. Only two percent said they would offer a secular reading (according to Kimberly Winston of Religion News Service, secular observations have grown, especially after a recent push from atheist and humanist organizations).