When it comes to Thanksgiving, every year is delightfully repetitive: Turkey, stuffing, mashed potatoes, cranberry sauce and pecan pie. Your uncle will make the same insane political assertions; your young cousins will sulk. There will be lipstick all over your cheeks. You'll vow to do a better job with the gravy -- and then it will taste familiarly paste-like, despite your best efforts. We hate to interrupt this idyll of sameness, but we think there are a few things you might not know about your Thanksgiving meal. And we're here to tell you.

Thanksgiving is responsible for the creation of TV dinners 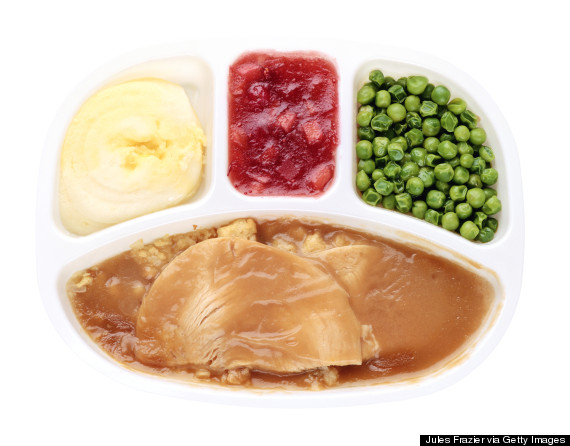 In late November 1953, the food company C.A. Swanson & Sons had a problem: They'd completely overstocked on turkey meat and Thanksgiving had already passed. With 260 tons of turkey, the company's founders presented their employees with a challenge: Could anyone figure out what to do with the nearly quarter million pounds of bird? Here's what happened next, as told in Gourmet magazine:

Gerry Thomas, a shrewd Swanson & Sons salesman, traveled from his company’s base in Nebraska to the kitchens of Pan American Airways in Pittsburgh. At the time, Pan Am was testing single-compartment foil trays used to serve warm in-flight meals to passengers. Thomas “borrowed” one of the trays (conveniently slipping it into his coat pocket) and spent his return trip drawing up plans for a three-compartment version that would ensure that peas and gravy would never touch each other.

Thomas helped devise a marketing strategy that focused on the new American obsession with television, so that no one would notice the meals were simply leftover Thanksgiving foods in a futuristic-looking box. And within a year, the company had sold 10 million meals.

Light and dark meat turkey really are a bit different 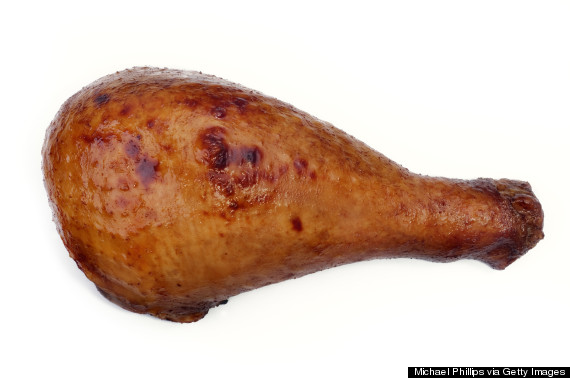 One of the main differences between light and dark meat is a compound, myoglobin, which is found in very active muscle because it helps muscles transport oxygen, according to a New York Times explainer. Turkeys, because they walk a great deal, have myoglobin in the leg and thigh tissue, but not nearly as much in the wings or breast meat.

Dark meat has about twice the fat of light meat and contains saturated fat (which light meat does not), although it is still low in overall fat content, and is also slightly higher in calories. By replacing dark meat with light, you could save 45 calories and 6 grams of saturated fat per serving, according to EatingWell, but you'd miss out on several vitamins that dark meat is rich in, including B6 and B12, iron and zinc.

You probably don't really eat 4,500 calories -- you just feel like it 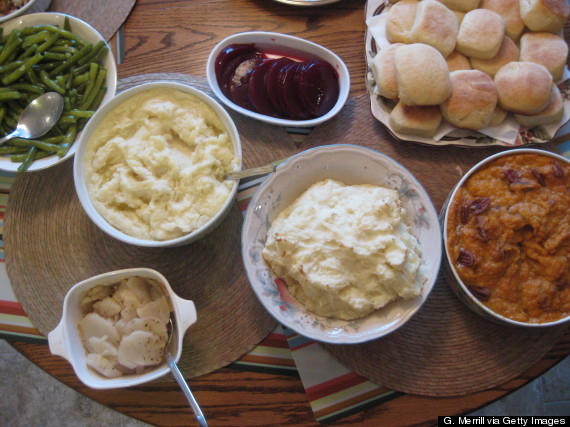 Yes, the Calorie Control Council estimates that Americans average 4,500 calories on the day of Thanksgiving, but as Tara Parker-Pope at The New York Times points out, the CCC represents the interests of the diet food industry. Her independent investigation of a substantial Thanksgiving meal yielded 2,486 calories, though it should be noted that she didn't include alcohol or appetizers and finger foods in her calculation. Our own inquiry, Unreal Eats, put the count at about 3,782, although let it be said that we were generous with the portions.

No matter how many calories are available to you, your body really does have several measures in place to help you stop (if you're so inclined to listen to them). As Parker-Pope says: "After about 1,500 calories in one sitting, the gut releases a hormone that causes nausea. Average stomach capacity is about 8 cups, although it can range from 4 to 12." 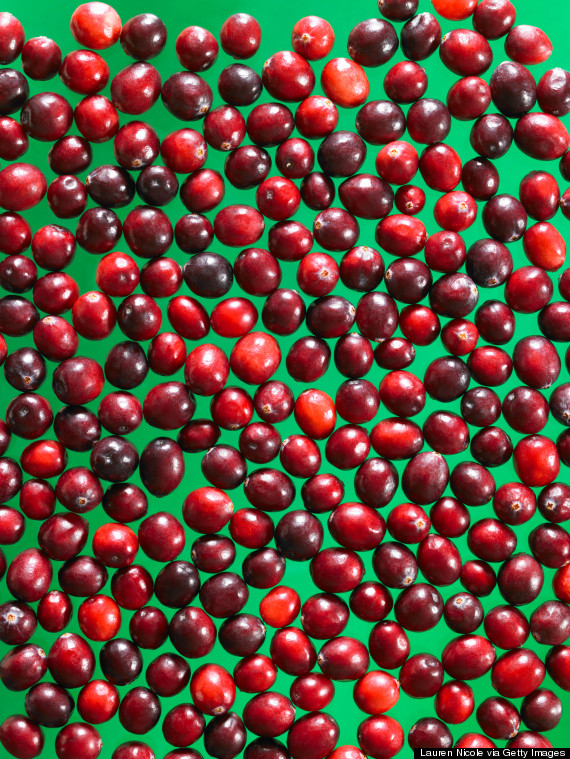 It's hard to believe that the almost bitterly tart bog berries count crowd-pleasing blueberries as their closest relatives, but both are species of the genus Vaccinium. While crans are hard and sour and blues are juicy and sweet, both are native to North America, and boast high levels of the antioxidant class flavonoids and richness in vitamin C.

This is not a yam 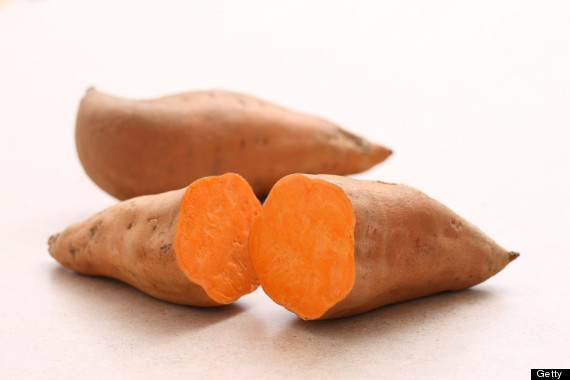 It's a sweet potato. Americans refer to the orange-fleshed variety of tubers as yams and the paler versions as sweet potatoes, but the truth is that they're all sweet potatoes. As HuffPost Taste previously explained, yams are tropical tubers that typically have a black, bark-like skin and pale flesh. Unless you're going to a specialty store, chances are there are no yams in your casserole.

The human genome is 75 percent identical to the pumpkin's 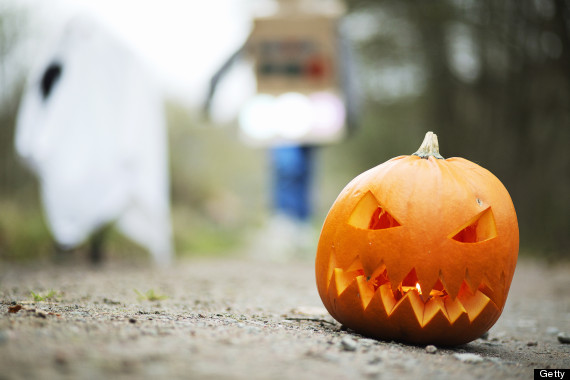 If this doesn't drive the point home for you, nothing will: DNA is what connects all living things. And, as humans, we are 75 percent genetically identical to everyone's favorite pie ingredient. Yes, we have the same earthly origins as a bulbous squash. Maybe this year, be thankful for the other 25 percent. 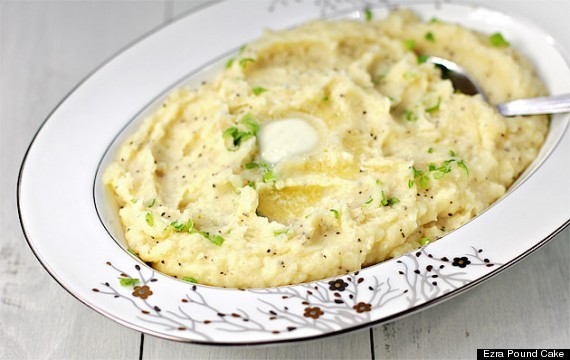 In theory, tryptophan, the amino acid found in turkey (and, frankly, a ton of other stuff like cheese, roast beef and eggs) makes us sleepy because our bodies convert it into melatonin, a neurochemical that helps us fall asleep. But, in reality, the urge to take a post-meal nap is more likely the result of the sugar crash resulting from a plate full of simple carbs combined with a bit of alcohol, health journalist and HuffPost blogger Robert Davis, Ph.D., told HuffPost Healthy Living last year. 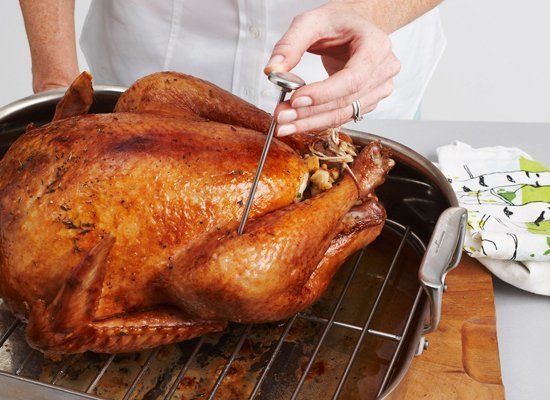