An estimated 46 million turkeys will be killed for Thanksgiving dinner in the U.S. this year, according to Farm Sanctuary.

The site describes the conditions many turkeys must endure: "The overcrowded birds, who are unable to comfortably move, or exhibit natural behaviors, are driven to excessive pecking and fighting. Rather than alter the birds' living space to prevent these injurious behaviors, producers cut off the ends of the turkeys' beaks and toes, practices know as debeaking and detoeing."

People for the Ethical Treatment of Animals (PETA) writes turkeys are intelligent animals who even enjoy listening and singing along to music. On their site they write Benjamin Franklin had a great respect for the Thanksgiving birds which he called the "true American originals."

During the 1600's, there were reportedly many wild turkeys in New York, and then they were almost driven to extinction through habitat loss. They were re-established in the 1950's in the southwest portion of the state, according to the College of Environmental Science and Forestry. In 2010, USA Today reported "7 million wild turkeys live in 49 states."

There are a number of ways to improve the treatment of turkeys today, including through "adoption," and PETA offers some delicious vegetarian and vegan options so that you can enjoy your Thanksgiving turkey-free.

Check out some of these adorable living turkeys, and vote for your favorite: 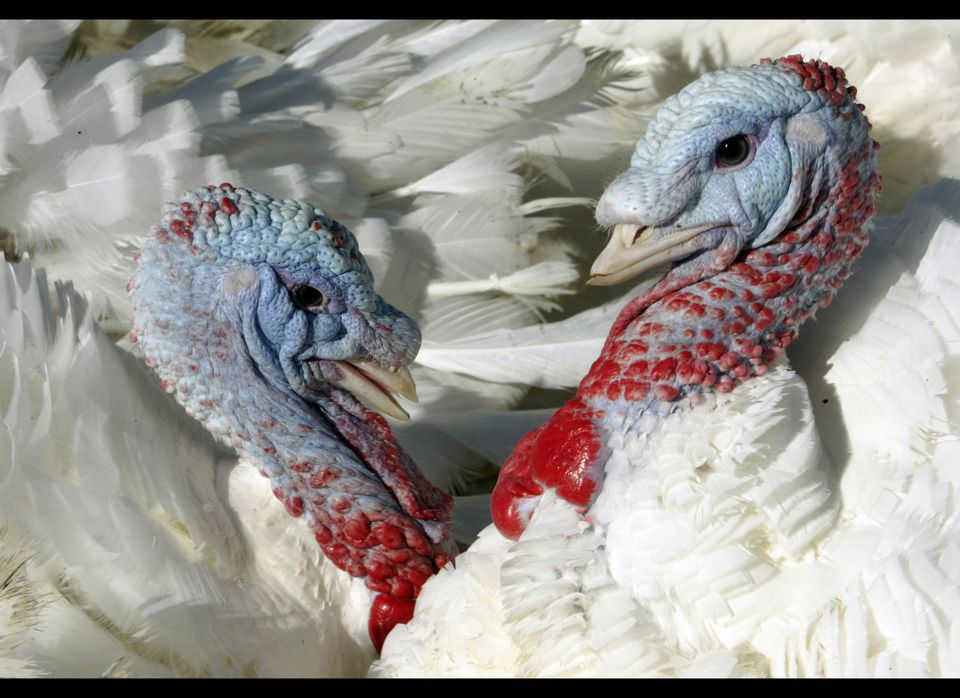