It's a once in more than 70,000-year event: The first day of Hanukkah this year coincides with Thanksgiving.

As a result, Jews everywhere are gearing up for "Thanksgivukkah," a mashup of Thanksgiving and the Jewish festival of lights. This lineup of the first day of Hanukkah with Thanksgiving is incredibly rare.

"That's not going to happen again for thousands and thousands of years. No one knows exactly how long, because the calendars aren't going up that high," said Jason Miller, a rabbi in Michigan who blogs at rabbijason.com. "It's something like 70,000 years," assuming of course that America, the Jews and the human race are still around at that time. [Thanksgiving: 10 Tips for Sticking to Healthy Portions]

The reason for this year's rare alignment has to do with quirks of two calendars, the Gregorian and Jewish calendars. Much of the world follows the Gregorian calendar, which has a 365-day year based on the Earth's orbit around the sun, with leap years every four years. The Gregorian calendar was implemented by Pope Gregory to keep Easter in line with the season it was originally celebrated in.

But the Jewish calendar, which was created more than 2,000 years ago, follows the waxing and waning of the moon. That calendar has 12 months of roughly 30 days each, which works out to a bit more than 354 days in a year. As a result, the Jewish year creeps earlier and earlier relative to the Gregorian calendar. But many Jewish holidays, such as Passover, are tied to seasons such as spring.

To keep holidays in line with their seasons, the Jewish calendar includes an entire extra month in seven of every 19 years. This year is a leap year, so Hanukkah and all of the other Jewish holidays came especially early in 2013. And Thanksgiving, which falls on the fourth Thursday in November, happened to come extra late this year, allowing for the convergence.

Because the extra month on the Jewish calendar will occur in 2014, Hanukkah will once again happen in December, Miller said.

"That also allows us to get Passover back in the spring," Miller told LiveScience.

The eight-day celebration of Hanukkah celebrates the triumph of Jewish warriors called maccabees over their Seleucid occupiers more than 2,000 years ago. The Seleucids desecrated the Holy Temple and when the maccabees took it back, they found just one small flask of oil to purify the temple. Because the flask of oil lasted for eight days instead of the expected one day, Jews typically celebrate the holiday for eight days with fried, oily foods.

That is leading to some interesting Thanksgivukkah treats.

Some are making sweet potato latkes, Jewish fried pancakes typically made from potatoes, while others give in to excess with a deep-fried Turkey. And one shop, Zucker Bakery in New York, is even making Thanksgivukkah donuts, filled with cranberry sauce, Turkey gravy and toasted marshmallow. Yum!

Editor's Note: This story was updated to clarify that this year is a leap year on the Jewish calendar, but that the extra month will occur in 2014. 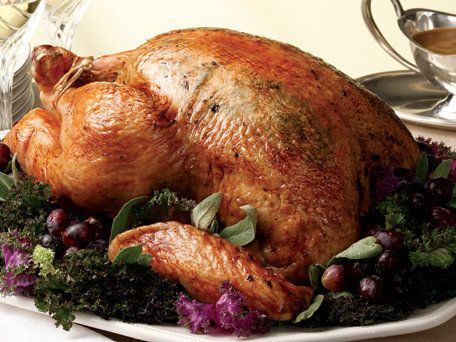