We are living through a relatively unique event, similar to a comet sighting that occurs every 70,000 years. This Thanksgiving season is the first time since 1899, and the last until 2070, that Hanukkah and Thanksgiving overlap. That makes it a once-in-a-lifetime event.

Thanksgiving is the time during which we gather with family and friends and offer thanks, serving up gratitude along with the traditional turkey dinner and seemingly endless NFL football. Hanukkah is a Jewish holiday that celebrates the military victory of an outmanned Judean army over the Hellenistic Seleucid regime of Antiochus IV Epiphanes in 165 BCE. Placing a religious patina on a military victory brought about the traditional story of the miracle of the single jar of oil which, profaned by the Syrian king in the Second Temple before the Maccabean revolt, was found to last for eight days rather than the expected one.

But the portmanteau neologism that is "Thanksgivukkah," generated by the intersection of Thanksgiving and Hanukkah, can be explicated to have real meaning, which it did for me Sunday night at the Montgomery County Executive's Ball, an annual event to raise funds to support the arts in education in the county. These programs are critical, particularly since the cutbacks in arts education in the schools that began in the '90s.

This event is very popular with elected officials, other political types, government staffers, union leaders, nonprofit advocates, corporate lobbyists and the people who love them, in attendance. It's particularly popular in an election year, and this year's attendance was around 900.

I was seated at a table with the Maryland Comptroller and his wife (their son was in my son's class at Andover), a candidate for Lieutenant Governor (joined by her running mate, the Maryland Attorney General), and a few colleagues from my days working on the County Council. A colleague, who has also run for office, remarked that he had been in Montgomery County since 1977, and as he looked around the room he was struck by just how much the county had changed. I noted that the county had only finally been integrated five years before his arrival in 1972, and today there is an African-American County Executive, black and Hispanic councilmembers, and a diverse group of state legislators and school board members. The 900 in total were an incredibly varied group, and what was most remarkable was that it was unremarkable. Only when you stepped back -- an easy thing to do two days after the 50th anniversary of the assassination of President Kennedy -- were you able to see that diversity in its proper historical context.

I found myself walking around, greeting old and new friends, as so many were doing, and when I returned to my table it hit me. I wasn't just an observer of this diversity; I was a part of it myself. A seat at the table -- a role desired by members of America's many ethnic minority communities over the past 150 years. Knowing how event-planning works at these functions, I'm acquainted with the process of seating the tables that aren't purchased and filled by particular groups or individuals. And I know there isn't a gay quota or a trans quota, just as there isn't a black or Hispanic one. I was seated with the comptroller and LG candidate and no thought was given to the gender, race, ethnicity, family status, religion, sexual orientation or gender history status of any of the guests. That makes the event a microcosm of the world for which we are striving, and, at least for one night, we achieved it.

Also in attendance were Delegate Heather Mizeur and her wife, Deb. Heather, if elected, will be Maryland's first female governor, as well as America's first out gay governor. More history in the making, and just as unremarkable in its own way. Similarly, yesterday the Montgomery County Council became the first county in America to raise its minimum wage (two cities, San Francisco and Santa Fe, have already done so), and did so to $11.50 an hour in 2017, set to become the highest rate in the nation. The bill was sponsored by a white guy, a former member of the Students for a Democratic Society, and two Councilmembers who stood with him all the way through, opposing amendments including a poison pill which damaged the end result by removing indexing, were an African-American woman and a Latina. Diversity at work, and when applied with skill and integrity, making a real difference.

We have much for which to be thankful this week, and please excuse me if, this year in particular, I imagine that it is all a bit miraculous.

By the way, Hanukkah and Thanksgiving will not coincide on November 28 again until the year 79811. If anyone anywhere in the galaxy is celebrating either holiday, that year it will truly be a miracle. 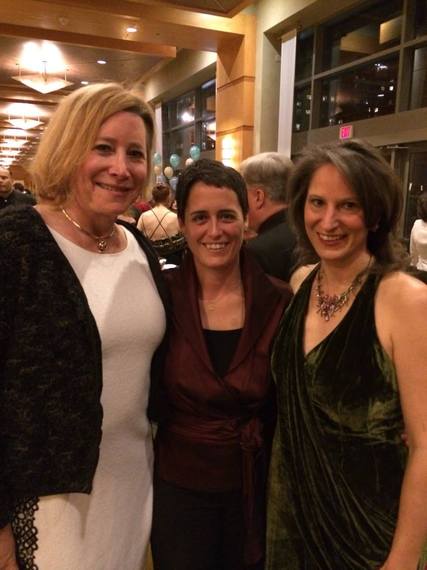