Does brutality beget brutality? What are the long-term effects of torture on the person tortured?

When Airman Robert Tharratt's B-17 bomber was shot down over Nuremberg during World War II, he parachuted to safety only to be captured by a troop of Hitler Youth brandishing knives. The boys were wearing lederhosen, the traditional leather shorts worn by German men.

Tharratt's months of captivity included a brutal forced march across Germany. Fifteen hundred out of six thousand POWs died on the march. When Tharratt was finally liberated in 1945, he weighed 109 pounds. He spent the following weeks recuperating in a military hospital near Halle, Germany, with two of his POW camp buddies. This story, an excerpt from my book, "Wrestling with God: Stories of Doubt and Faith," took place during Robert's time in Halle.

A Forced March Across Germany
After two weeks [in the hospital], we were allowed to go outdoors and walk around. A river ran through the middle of town. Art, Lou and I decided to go across and get a look at downtown Halle. We stood on a small pier with other people, waiting for a rowboat to shuttle us across. We had just finished lunch and I was carrying an orange. A German boy about fourteen years old came up to me, pointed at my orange, and said, "Bitte." He wanted me to give him my orange. He wasn't being pushy or anything, he just wanted the orange.

He didn't have the Hitler Youth shirt on, but he was wearing lederhosen. I recognized the britches, they were strictly Hitler Youth, and everything came back to me. The starvation, the death threats, the Hitler Youth waving their knives at me

The people on the pier looked at me like, "He's just a kid. Give him the orange." The boy kept pestering me.

The boy still wouldn't leave me alone, so I pushed him out of my way, and he fell in the river. Everybody on the pier started jabbering off at me in German. I couldn't understand what they were saying and I didn't care.

They shut up and backed away. One of the men reached down to the boy and pulled him up on the pier. The boy ran off, soaking wet. When the rowboat arrived, Lou, Art and I climbed in. There was plenty of room in the boat for more people, but nobody else got in. Nobody wanted to cross the river with me.

From"Wrestling with God: Stories of Doubt and Faith," Patheos Press. Reprinted by permission.

It was decades before Robert could forgive his German captors -- and Germans in general -- for the cruelty he suffered during his wartime imprisonment.
c Copyright 2016 Barbara Falconer Newhall. All rights reserved.

If this story resonated with you, you might want to read "James Dobson: Bully Your Pet, Hit Your Kid, Make Them Obey You -- And God." For some levity, go to "Los Angeles -- the Good, the Bad and the Truly Ugly." 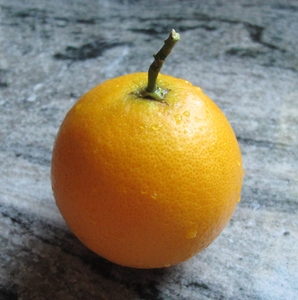