The Greek island of Thasos is located in the northern Aegean Sea, opposite the coast of eastern Macedonia. It is one of the greenest islands in Greece, boasting a wide range of trees and luscious forests.

The island, which has been praised for its natural beauty by tourists and Greeks alike, has been a popular vacation destination in the country’s north.

But the big wildfires that raged on the island for four consecutive days since Sept. 10 have left behind a landscape of scorched earth and a feeling of despair for the locals. The fire destroyed 14,000 hectares ― or more than 34,590 acres ― of farms and forests.

Greek Prime Minister Alexis Tsipras visited the island last week, while the fires still raged, in order to be briefed on the situation, and promised compensation to farmers and stockbreeders whose livelihoods were destroyed.

The images below capture not only the disaster, but also the heroic struggle of residents, firefighters and volunteers to salvage their island from the flames.

This article originally appeared on HuffPost Greece and has been edited for clarity. 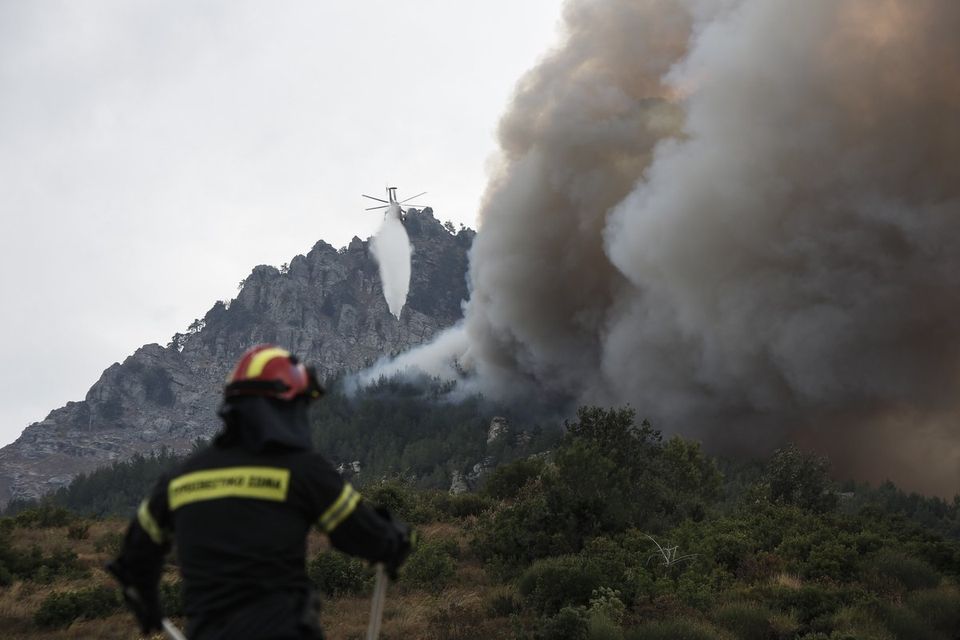