By Anna Breslaw for GQ. 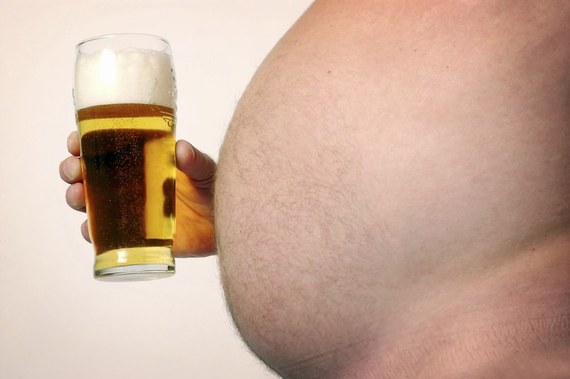 Research is a beautiful thing. It cures disease. It sent us to the moon. It determined the color that looks good on everyone. But research can also be alarming. For instance, a bunch of people with several letters after their names (specifically MD's and PhD's) recently got together to study how weight affects mortality risk and discovered the following:

In not-scientist terms, here's the gist: Being skinny-fat may actually be worse for you than being obese all over. Wait... what?!

Body Mass Index is based on how heavy you are given your height. So those who are generally slim may have a normal BMI even if they're hiding a tummy; whereas someone who's heavier all over is going to have a large weight for their height range and will thus register a high BMI. This study says, essentially, that having a skinnier build (and thus having a low BMI) does not, unfortunately, cancel out the spare tire around your midsection. In fact, it might give you two times the mortality risk of those who are just plain overweight with a high BMI.

According to a CNN report, that is likely because of your biological geography. Most of your vital organs hang out in the middle, so those extra pounds on your waist can be especially harmful. If you're currently packing a beer belly and are thinking, "Well, clearly, I just need to get proportional. I'm not going to lose the belly, I'm just going to add elsewhere," think again.

"Keep in mind this doesn't give people license to eat anything they want to even out their fat," [Co-Author Dr. Francisco] Lopez-Jimenez said. "I've gotten a few of those notes that say that is what some people plan to do. I hope they are joking."

It's a scary, scary world we live in, where it's no longer even safe to be skinny-fat. But there's hope. Get a gym membership, stock up on some quinoa, and take solace in knowing that the dad bod was soooo spring 2015, anyway.

More:
healthy livingBeerHealthFitness and Exercisehealth and fitness
Newsletter Sign Up
The essential guide to taking care of your mind and body
Subscribe to HuffPost’s wellness email
Successfully Subscribed!
Wellness delivered to your inbox