At the tender age of 16, while other girls my age were making out with their boyfriends in the back of a movie theater, I was at home scrolling Harry Potter message boards. I wish that were a joke. I was never popular in high school. Unless "popular" means being the focus of a bi-sexual rumor freshman year, then hey, maybe I was popular. But for the most part, I stayed under the radar. Something I learned to do in middle school when my braces, frizzy hair, and bad skin made me look like something out of a Jim Henson movie. And we're talking "Dark Crystal" Jim Henson, not "Muppet Babies" Jim Henson. 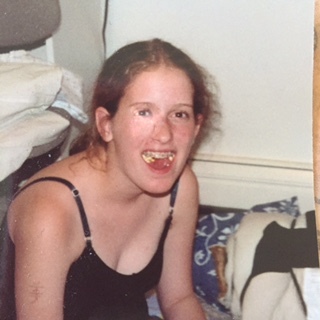 2015 marked the year of my first high school reunion. And what I'm assuming is the last given how unorganized it was. Now, I didn't actually graduate with my class of 400, but I was there to cheer on the 3 people I cared about. During my junior year I decided to leave and do independent study with a school in California so I could pursue my dream of music. Unfortunately, that decision didn't really end my teenage troubles. Nor did it make me successful in any way shape or form. If anything, it broke my spirit and left me feeling like Britney Spears circa 2007. But that's what your teens are for, right?

The reunion started with a Facebook group created by our Head Boy, who for some reason wants to be known in this article as "Malibu". Which honestly goes right along with his love for bro tanks and pizza rolls. Days went by and I wasn't sure if I should be relieved or offended that Malibu hadn't invited me to join the group yet. I think I should've been relieved. The most popular suggestion for the reunion was camping. I can't think of anything more fun and relaxing than spending a night or two in the woods with 400 people I've tried to avoid for the last 10 years and all of their children. I didn't realize we went to Burning Man High. I was genuinely shocked by how many people thought it was a genius idea. Eventually, our Head Girl, Kayla, who never even showed up to the reunion but was in charge of putting it together along with Malibu, chimed in and made partial plans to meet at a brewery. A good amount of time went by and hardly anyone seemed to notice her post. The date was getting closer and the only conversation happening in the group was about how someone should cater with cocktail wieners and Fresca -- because nothing says "adulthood" like tiny wieners and sparkling grapefruit juice.

The month before, my mom had her 40th high school reunion and I decided to swing by, given I was her designated driver. As I walked into the main hall through an archway of purple and white balloons (their school colors), a table was set up with laminated badges that showed the person's name and senior photo. Underneath my feet was a giant purple rug that read "Home of the Wildcats". The place was bursting with laughter and grey hair (not my mother's, of course) and while I felt only slightly out of place, I enjoyed knowing there was no one younger and cooler there who would judge me for wearing overalls. The room was lit with purple lights and in the middle sat several tables. To my right was a dance floor, a photo booth, and a bar. To my left was a long buffet (gluten-free cupcakes included), a wall I referred to as "the wall of the dead", and an ice sculpture of the number 40. I repeat: An ice sculpture.

I couldn't help but wonder what my 40th reunion would be like. Would we even have one? Surely there'd be no ice sculptures or laminated badges. Social media alone made my 10 year feel mundane. I've seen every wedding, every birth, and way too many photos of food on my timeline since 2006 (I heard a rumor that long before the pressures of finding the right filter for your ham sandwich, people had to forage for food. Can you imagine?). But I'm sure over the next 10 years I'll see even more weddings, probably quite a few divorces, and a whole lot of unsolicited ham sandwiches.

Regardless, I needed this reunion to happen. If it didn't, what was I going to write? A guide to 'Netflix and Chilling' alone? A sci-fi/romance novel about my titillating love affair in space with Bradley Cooper? I don't think so.

I decided to take charge. I made a Facebook event and invited the whole class -- despite my fear that people would think I actually cared. Which is exactly what happened. Much to my chagrin, several people at the reunion thanked me for putting it together. I reminded them I was only there to get material to write about and see how many jocks that never noticed me at school would buy me a drink now that I'd grown boobs. The answer is three.

My date to the reunion was my close friend and old choir comrade, Ashleigh. I should mention our different attitudes about the evening: Ashleigh wanted to get there the minute it started and I wanted to be at home in my sweatpants. And again, to my dismay, we were the first to arrive.

The brewery was smaller than I expected yet slightly reminiscent of our high school cafeteria. Though I don't know if that was from the high ceilings or the overbearing smell of designer beer. Eventually a handful of people showed up whose names I couldn't remember, to which conversations about where everyone worked and how many kids they had filled every crevice of my very poor and very single brain. I told them I should Google a picture of a cute baby and pretend it's mine. No one laughed.

I was told to get drunk and make out with one of our former classmates because apparently I was the only single girl present and it "needed to happen". And let me tell you, if I wanted to know what it was like to finally hit rock bottom, I totally would have. But other than being named "Super-Hot-10-Years-Later-Chick" and catching up with a girl who arrived on the back of a motorcycle with her 50 year old boyfriend who's a DJ, a saddle-maker, and a private investigator that she hired 10 years earlier to find her estranged mother, that's as juicy as it gets. There were no fights or lip sync battles or drunken trips to Taco Bell.

However, by the end of the night, one magical thing did happen: That metal-mouth-Jim Henson-Muppet-girl who wanted to arrive with a bag on her head so no one would recognize her, felt her tiny, cynical heart grow at least one half size bigger. If anything it was my own insecurities holding me in the headspace of that 16-year-old. The majority of us spent our most awkward years together. I'm not the same person I was back then, so why should I assume the same about everyone else? They were kind and funny and one person even told me I was nicer than they remembered. Which I will absolutely take as a compliment!

All in all, it was a fine evening. I'm glad I hold a small piece of responsibility for putting it together. But just a heads up: In 30 years there's no way in hell I'm making 400 laminated badges. That's on you, Malibu!