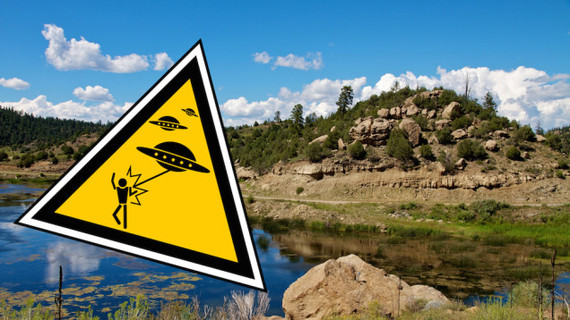 Dulce, New Mexico is located right on the Colorado-New Mexico border. It's a quaint town, with a population just under 3,000. It's the tribal headquarters of the Jicarilla Apache Reservation. It's also the alleged location of a secret underground alien base.

Philip Schneider, an explosive engineer who worked for the U.S. government, with high-level security clearance, claimed that in 1979 he participated in the building of a "secret underground base," in Dulce, New Mexico. It was here that a horrific battle played out leaving 60 humans dead and countless subterranean aliens fighting for their life. 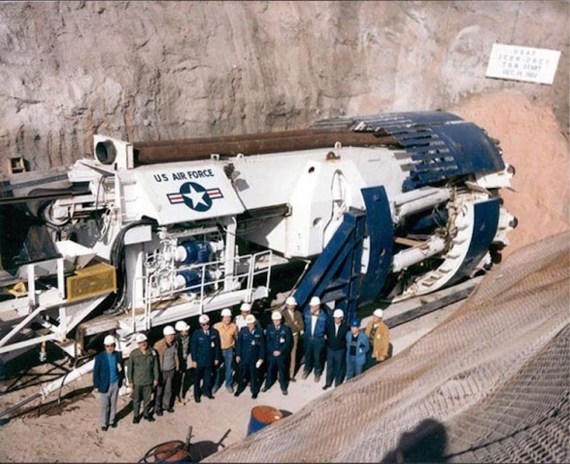 Schneider asserts that he was suspicious of the engineering operation while noticing the presence of Green Berets and Special Forces. His fears were realized when after drilling underground he came face-t0-face with a 7-foot tall, stinky, gray alien. Obviously he freaked out and grabbed a pistol he was carrying (because that's what engineers do?) and shot and killed two aliens. Another alien shot some laser-plasma ball or whatever at him and blew off some of his fingers. He was saved by a Green Beret who allegedly gave his life for him. In all, 60 human-people allegedly lost their lives that day at the "Alien-Human Battle of Dulce." 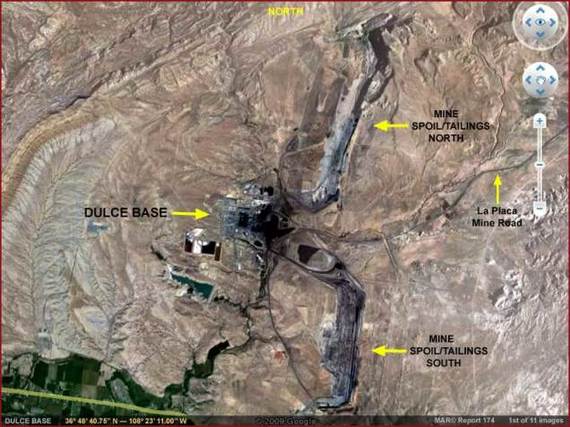 "There's a war under there and it's been going on since that time," he said. He spoke of 1,477 underground bases around the world, 129 of which were located in the United States. Each cost $17 billion or more. He said the Black Budget, hidden from other U.S. government agencies and from the public, garners 25 percent of the gross national product. Military forces from multiple countries have been engaged in such warfare with aliens, he said. - The Epoch Times 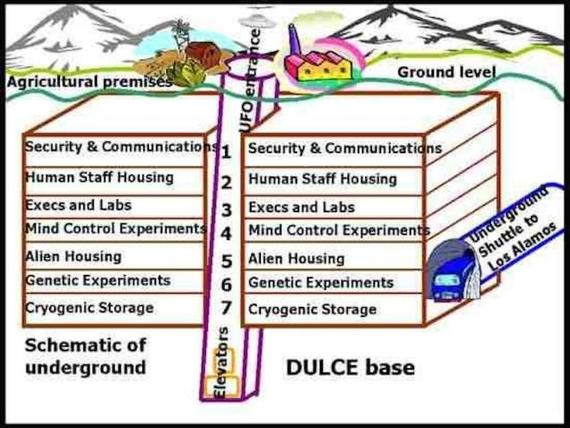 Schneider became an outspoken advocate calling for the government to be more transparent about their knowledge of alien life. He also believed people in the government were trying to shut him up. When he died by suicide, his supporters called foul play.

Political scientist Michael Barkun claimed that underground missile installations built during the Cold War made led to a numerous rumors, and ultimately led to the Dulce alien cave base legend. However, in 1999, the French government published a study concluding that the United States government has withheld evidence that point to the existence of UFOs. The paper was entitled, "UFOs and Defense: What Must We Be Prepared For?" The lesson here: The truth is out there... or is it? It is. Maybe. But, probably not. Or it could be. 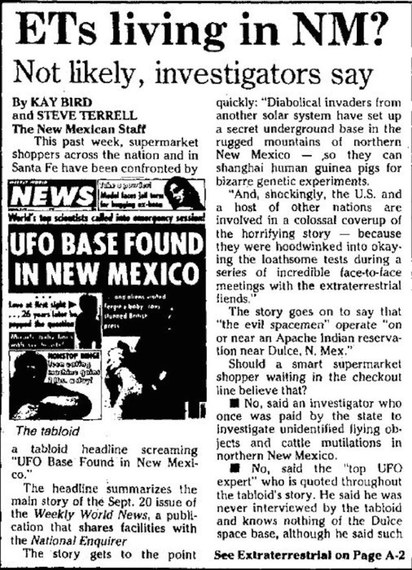 Alien Cave Base, site of the alleged 1979 alien-human war
Download
Calling all HuffPost superfans!
Sign up for membership to become a founding member and help shape HuffPost's next chapter
Join HuffPost