I grew up in a household that had a lot of noise. I am the oldest of three and my parents, both Sicilians, are not known to be quiet. Conversations always involved (and still do) someone yelling across a room to get a point across, but it was never in a bad form, it was just passionate expression.

In between the "conversations" music was always being played. The sounds of U2, Elvis, The Police, Michael Jackson were always on, as was the music of The Beatles.

It wasn't until the fall of 1995 where my enjoyment of The Fab Four turned into my love of Liverpool's greatest export. This was thanks to a November broadcast of The Beatles Anthology on ABC where I learned about the history of the band and at 11 years old, I began to devour everything about them as if I was a kid in New York waiting for John, Paul, George, and Ringo to get off the plane in 1964.

As my love for The Beatles grew, so did my admiration for artists that they had influenced. Around the time of this Anthology series on television, I heard a song on the radio called "Wonderwall." At first listen I thought it was one of the unreleased Beatles tracks coming from the series like "Real Love" and "Free As a Bird," in fact, it wasn't from them at all - it was from another English band - Oasis.

At 11 years old in the pre-Internet age, there was not Spotify, YouTube, iTunes, etc., to hear a song instantly. You physically had to go to the store and buy the record. Little did I know that their album, (What's The Story) Morning Glory?, was released a month prior on October 2, 1995. Also, little did I know that this album from this "new group" to me was actually their second LP and that they were massive in this magical musical place called England. 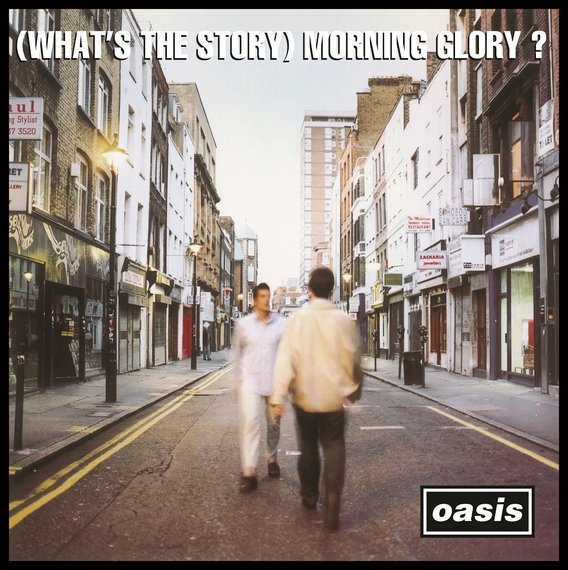 After begging my mother to take me to the local Sam Goody, there I was with a copy of the album in hand. It didn't have a "Parental Advisory" sticker on it, so, for all she knew it was safe to hear. When we got home, I put it on, cranked it up and I never saw her freak out over a record so much. "If you are going to listen to a bad version of The Beatles or The Stones, don't bother playing it in my house!" She hated it, which meant one thing to this pre-pubescent kid - I loved it.

From the first song, "Hello," it was as if Liam Gallagher was showing me the ropes I would need to learn for when I got older. Liam and Noel Gallagher became the older influence an impressionable kid's parents did not want around. I put the CD on our home player, plugged in my headphones and was taught everything from drug usage, to having a certain swagger, and how to "roll with it" and not to "look back in anger." They were the rock and roll stars everyone deep down inside wants to be.

The album had a certain mystery about it as well. From Brian Cannon's excellent cover of two men walking down a London street to the liner notes that read like someone was on acid trying to write a poem - still to this day I have no idea what the Hell "P.H. in the summer of '95" actually means. Even the photos of the band within the record's booklet were not very telling, they all look well groomed and the total opposite of what they were presenting in the music.

Through the love of this record, I did exactly what I did with The Beatles - went back and found their influences and whom they were influencing. Artists like The Smiths, Stone Roses, Sex Pistols, The Clash, The Who, these were bands my parents never put on, which meant I had to find out more.

Now, 20 years later, Oasis is no more but the music lives on. (What's The Story) Morning Glory? is a record that changed my life forever. It elevated my love of music and gave me "my music." I didn't have to share them with anyone and am still identified as a massive Oasis fan. Morning Glory was a stronger dosage of my musical gateway drug that fall.

Oasis also broke down the door for existing Britpop bands to come through in America in a big way. Artists like Blur, The Verve, Pulp, Elastica, and a small band from Oxford that got lost in the shuffle during this era - Radiohead.

That album didn't just define the 90's and introduce what some say is "The Second British Invasion," it created a whole new rock and roll ethos. Take that punk rock attitude and mix it with brilliant lyrics, catchy riffs, and you have yourself a masterpiece.

As for my parents, they will deny any of this actually happened. However, their disdain of the band led to one of my proudest moments. In 2010, I was quoted in their final compilation, Time Flies 1994-2009: "Oasis was the first band my parents hated and I loved." Thanks mom and dad. 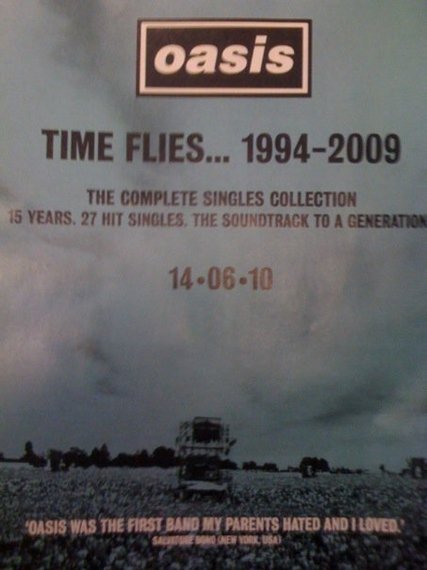