When it comes to brands, many are reaching Millennials and gaining astronomical popularity.

The difference isn't just what they're doing, it's where they're doing it. There's one big mistake brands are making, and given the fact that many still spend billions of dollars on this, it's relevant. Ready? Here it is:

Let's talk about the futility - oops, I mean efficacy of using traditional advertising on Millennials.

Sure, I watch shows: House of Cards, Game of Thrones, Breaking Bad (don't worry, Orange Is The New Black and Newsroom are next on my list). But unless it's live sports, I never watch TV on the actual television. I watch Netflix or HBOGO on my laptop or with Apple TV. (Raise your hand if you don't even have your own Netflix login; you jacked the password of your roommate's ex-girlfriend's cat three years ago and have been using it ever since).

Related to this is the fact that I'm now used to never seeing ads. I know I'm spoiled this way because I get super resentful of those annoying ads on Hulu I can't fast-forward through. The fact that they've managed to subvert my now-assumed Tivo-like powers elicits a kind of rage akin only to that of The Hulk from that scene on the spaceship in The Avengers.

Next up: radio. Same story. Don't have a car; don't listen to it. Enter Pandora and Spotify. In fact, Pandora is one of the few places I actually still hear "traditional" advertising ... until 2 seconds in, when I mute it. My friends with cars don't listen to the radio, either. It's either satellite radio or plugging a smartphones in to listen to their own music (or, if it's a long road trip, Aziz ... God, I love that guy. #voiceofageneration).

Print: When was the last time a Millennial actually picked up something in print? 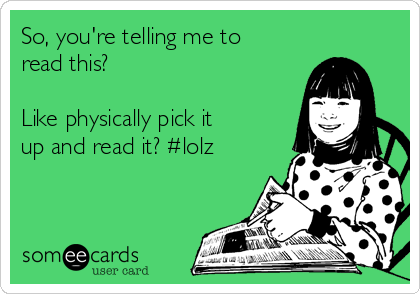 The truth is, 90 percent of what I consume in 'print' is online. I get my news from The Daily Show (only half kidding), as well as Huffington Post, Wall Street Journal, TechCrunch, VentureBeat, etc. I read other kinds of articles on Pulse (LinkedIn), Bloomberg Businessweek, Forbes, yadda yadda. And, of course, I constantly occasionally fall down the Buzzfeed or Jezebel rabbit hole when taking a break at work.

Whew. That's a lot about where I don't live.

But it's worth outlining, because here are a few stats of interest:

Now consider the following: Since 2010, Nike decreased spending on TV, print, & radio advertising by 40 percent, while revenues increased by $3BB. What'd they do? Changed marketing strategy to focus on young people (Millennials) who've "given up television to skip across myriad online communities." (Fortune)

Be the brand that recognizes that yes, innovation means failing sometimes, but going where the audience is can be an adventure well worth your while. For example, no one brand has the magic bullet in terms of reaching us on social media, but the ones getting their hands dirty pioneering the space are more likely to end up on top. Like it was mentioned in Top 3 Things Millennials Want From Brands, one of the biggest things we want from brands is to feel included in, not advertised to.

As Nike CEO Mark Parker said in an interview with Fortune, "Connecting used to be, 'Here's some product, and here's some advertising. We hope you like it.' "Connecting today is a dialogue."

Speaking of dialogue, let's get one going:

MILLENNIAL POLL OF THE WEEK: If you identify as a Millennial, take this quick survey (won't take more than 4 minutes to do). If I get at least 100 responses, I'll post the results next week and write a piece based on it. Bonus points for creativity with answers, guys - I'll feature at least 2-4 responses.

Hey brands, did you see what I did there? I gave Millennials a chance to engage -- if they want.