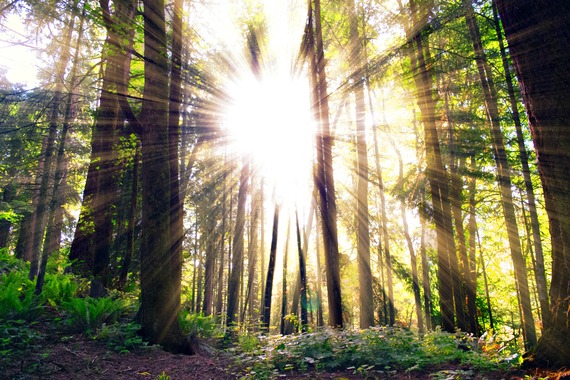 The penny drops only when it is good and ready. The moment of insight that makes you wonder how you could ever have missed something so obvious comes in its sweet, mischievous time.

Last week I supported people raising funds for two organizations by helping them post about the event on social media and cheering them on from my laptop.

I'd only met the organizer the day before at a networking event, and something about her made me want to give her a hand.

Maybe it was her unwavering and gleeful rallying call for all of us to be the change.

Maybe it was the unpretentious and genuine way she had of repeating that phrase and her singular enthusiasm for her cause.

Maybe it was the recognition of a kindred spirit whose past propelled her to advocate for those who'd suffered unspeakable vulnerabilities of childhood.

Inadvertently, what I learned from this spellbinding combination of the messenger and the message was that being the change is being a leader.

Up until that moment, I did not have a bone-deep clarity about the meaning of leadership and leading.

Maybe you are in an organization where being a leader means being a part of management, of the hierarchy, of the formal system. Informal leaders were in a different category.

Over many years as a corporate leader working with senior executives, that's how I came to think about leadership. Leading and leadership meant being part of the organizing body. The more substantial the title, the bigger the leader.

In the private sector, the top people focused on the bottom line and earnings per share; in the public sector executives were busy keeping their government ministries happy and scandals away from the media.

If you associate being a leader with power, status and prestige, you are in the same predicament that I was in, clearly missing the obvious. 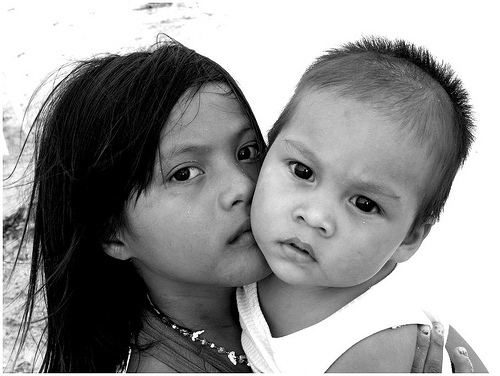 Courage To Care For Something Bigger Than Ourselves

When I was 21, my mother-in-law was so distraught that her 8-year-old grandson was continuously being left alone at night while his parents played cards after work that my then-husband and I decided to take action. If we got into trouble, at least grandma wouldn't.

Leaving a child of that age alone was illegal, so as a first and minor warning step for his parents, we called the police to check on the boy.

Unfortunately, when that didn't stop them from leaving our nephew alone again, we took the next step and called social services. My husband and I, his brother and wife all came together to discuss the situation knee to knee in a social worker's microscopic cubbyhole.

Of course, they shot the messenger. It was a frightening scene, the father raging, calling me names. I was ill with confusion. Was I a horrible person? Had I done the wrong thing?

Those parents blamed me and never spoke to me again. Though I didn't lose my guilt and shame easily, that boy was no longer left alone.

I stood up for him because it had to be done. It was impossible to do otherwise. I've been a stand for many things in my life. But I hadn't recognized it as leading.

To be the change is to be a leader. I waited 40 years to reclaim that nuance.

That was Jo Dibblee's call to action this past weekend as she strove to get people buying her book so she could donate 100 percent of the proceeds to Because I Am A Girl and Little Warriors.

The Many Faces Of Leadership

We are leaders in so many ways.

When we have courage under fire, when we stop tolerating what is no longer tenable, when we advocate for those more vulnerable, when we leave abusive circumstances, when we bathe our aging parents, when we say No to harassment, to discrimination, when we chose to create, when we say Yes to life.

When we show up.

We lead in the front of rooms as facilitators, mediators, conductors, guardians.

We lead when we support people as fierce champions for their dreams.

We lead as co-creators, co-parents, co-leaders.

We lead when we read the emotional and energetic field, the global space, sense that something new is needed for the whole system and make it happen.

We lead from inner source when we are true to the compass of our souls, aligned with our hearts and values.

You also lead in your many ways. You too are a leader. Every courageous, selfless act makes you so.

Let's celebrate all of the many ways that we are leaders in our lives. How are you one in yours? Big. Small. Every act counts.

I invite you to write in the comment section. Yes, you.

Be the change. You already are.

Miriam is a leadership coach who helps professional women find deep confidence, gentle power and wise courage as leaders in their work and lives. Grab her free Magical Leader's List of Secret Superpowers here. For her 12-week one-to-one leadership program visit www.MiriamLinderman.com. And for her latest article, click here.