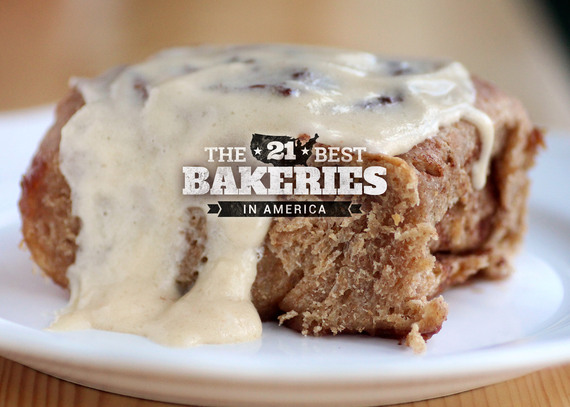 You've heard the phrase "like a kid in a candy store," but what's the grown-up equivalent? Like a dude in a short DMV line? Like a lady who doesn't get picked for jury duty?? Those are pretty bleak, so let's go with another culinary comparison: like an adult in a bakery. Because really, bake shops are just more sophisticated candy stores that allow you to enter on the pretense of buying a lovely loaf of sourdough, and come out with 16 peanut butter cupcakes instead.

In celebration of the noble service bakeries provide, we selected some of the bravest and boldest in these United States of America. Behold below the best Cronut and Crack Pie purveyors, macaron specialists, and customizable cake makers this country has to offer.

More: The Best Donut Shop in Every State 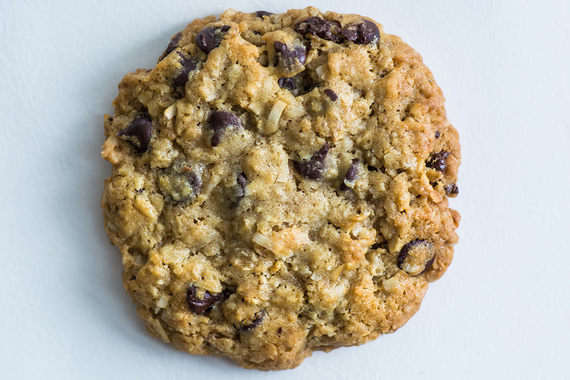 Sweet Mandy B's
Chicago, IL
It's probable that the Lululemon-clad, stroller-jogging residents of Chicago's Lincoln Park neighborhood share an unspoken rule that it's perfectly acceptable to ditch any granola bar for a Sweet Mandy B's ranger cookie. Get ahold of one of the large cookies filled with coconut, chocolate chips, and... oats (those are good for you, right?). The sweets shop also makes confetti cake Rice Krispies Treats, snickerdoodle cupcakes, and seasonal pies. 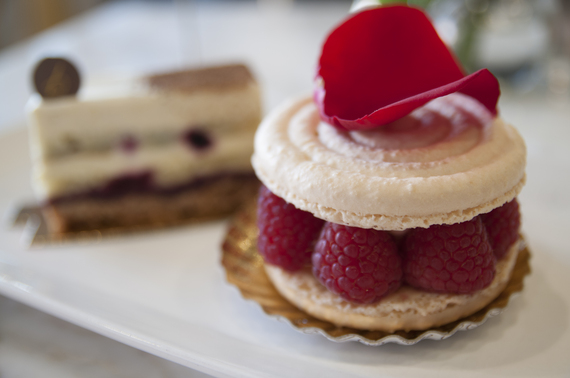 b. patisserie
San Francisco, CA
If you've never had the buttery Breton pastry kouign amann, first, shame on you, and second, head here for the finest version of it outside of France. The extremely talented pastry chef Belinda Leong started the bakery several years ago, and has since turned into a wild success thanks much in part to her sugary French cake. Still not convinced? How about this: in celebration of National Kouign Amann Day last June, Leong and her staff made 12 different kinds of the pastry including maple bacon and Speculoos versions. It was a pretty good day. 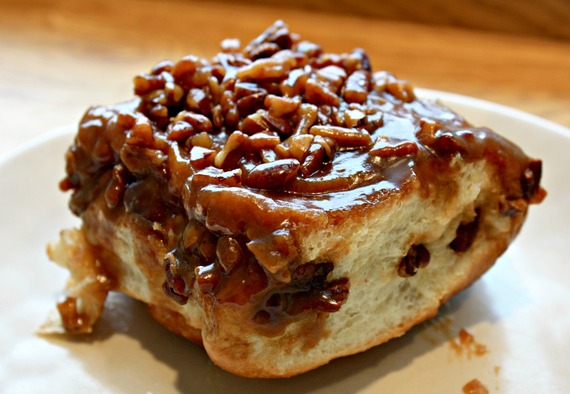 Flour Bakery + Cafe
Boston, MA
Opened 15 years ago as a solo bakery in the South End that peddled the world's greatest pecan sticky buns (suck it, Bobby Flay), Joanne Chang's Flour has grown into Boston's nationally acclaimed pastry and sandwich empire. And although that empire -- now with four outposts -- may have been built on a pile of buns (and chocolate brioche and old-fashioned sour cream coffee cake and...), it specializes in far more than breakfast. Do yourself a favor and also grab a roasted lamb sandwich with tomato chutney and goat cheese, a slice of Boston Cream pie, and, of course, a raspberry "Pop Tart" to go. 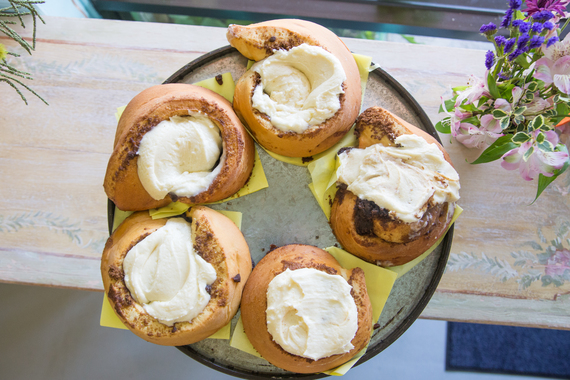 Bribery Bakery
Austin, TX
They say everything's bigger in Texas and bakeries are certainly no exception. The woman behind Bribery earned a serious local following thanks to her oversized Gruyere and bacon popovers, which she sold bake sale-style on weekend mornings to long lines of hungry Austinites outside her former restaurant Foreign & Domestic. The popularity of the pop-up pastry events led her to turn to baking full-time. Now, her newly opened shop continues the bigger-is-better theme with cinnamon rolls the size of a personal pizzas and a host of other girthy pastries like sweet potato whoopie pies stuffed with maple chai cream cheese. Get there early or risk missing out on the seasonal donuts. 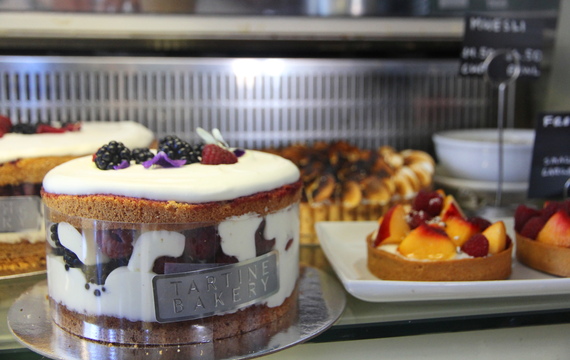 Tartine Bakery
San Francisco, CA
Want to know how good the bread is at Tartine? The shop offers pre-orders with three days' notice and cash upfront, because once they release the daily batch at 4:30pm, by 4:35pm it, like Kanye, is gone. Only a precious, ruthless few successfully beat that bread rush, but lucky for you, opting for a banana cream tart instead is hardly settling. 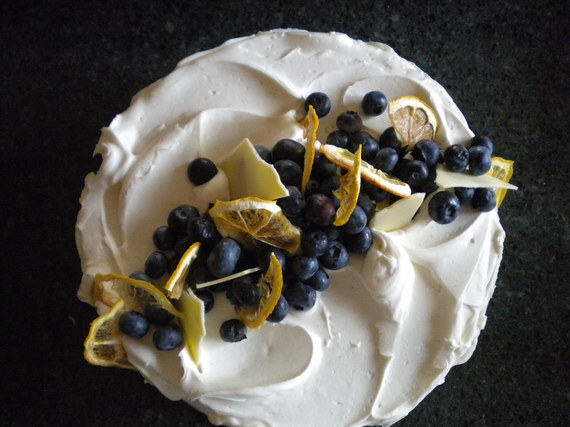 Salty Tart
Minneapolis, MN
It can be hard to stand out when you're Stall 161 of a sprawling public market, but the line at Salty Tart proves this hasn't been an issue. Although Andrew Zimmern's repeated endorsements might have something to do with that, the place wouldn't have earned those without its famous coconut macarons or endlessly customizable cakes. Want a 10in carrot cake with seasonal fruit compote filling, and "whatever-you-think-of" buttercream? Order away, you fascinating weirdo! 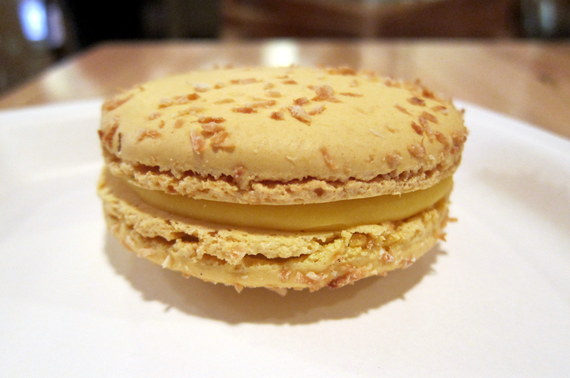 Francois Payard Bakery
New York, NY
Noted Ho Ho hater Francois Payard has been rapidly building an empire for himself in Manhattan, and even abroad. (What's up, Japanese and Korean department stores?) His macarons tend to get most of the hype -- and seeing as they come in flavors ranging from raspberry lychee to salted caramel, it's easy to see why -- but don't just stick to small bites here. His mousses and meringues are not to be missed, and neither is his hot chocolate. 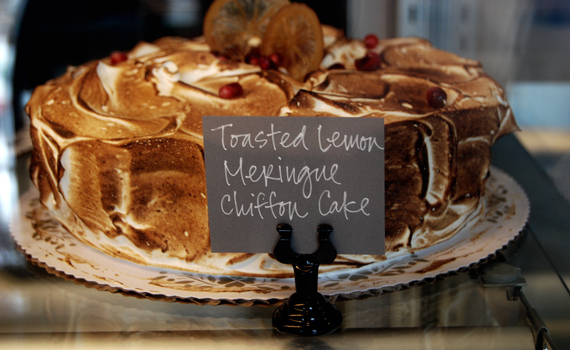 Proof Bakery
Los Angeles, CA
It takes some hardcore bakers to man Proof's temperamental, truck-sized oven, but owner/chef Na Young Ma doesn't employ any wusses. Since they took over the old Rollin' Pin Bake Shop space in Atwater Village in 2010, Ma and her team have become local favorites. The croissants are a huge draw, but if you only accept exotic baked goods with at least three dominant flavors, keep an eye out for the Blood Orange Chocolate Cardamom Cake. 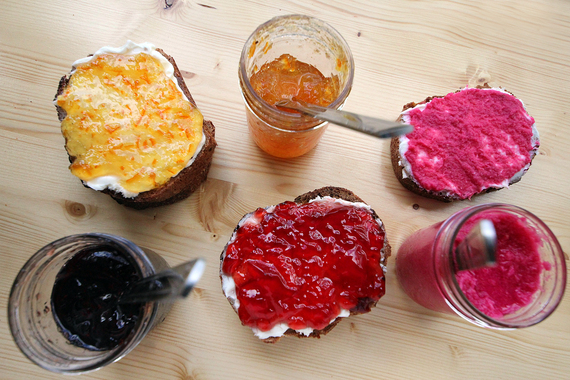 Baker Miller
Chicago, IL
From a husband and wife team (the Millers, get it?) who helped launch another bakery that was a strong contender for this list (Bang Bang Pie Shop), Baker Miller's setting itself apart by milling (levels, man) its own carefully sourced grains. You know what works even better? Incomparable sweet treats (s'mores pie, sourdough cinnamon rolls) and breads (order the "Toast Bar" and you'll be forever changed) that make you feel slightly better about loading up on carbs because you at least know they were sourced and treated with care. Bonus: they're not technically a baked good, but the grits and oatmeal bowls, always with some sort of seasonal toppings, are also not to be missed. 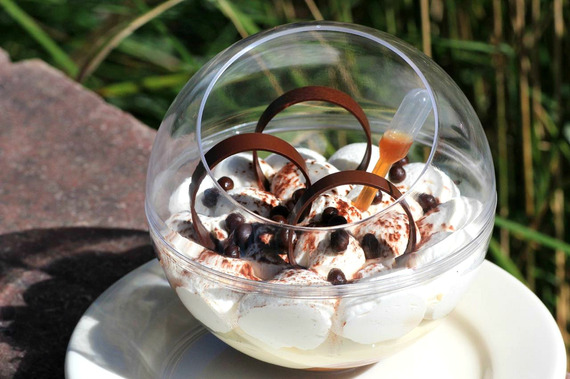 CH Patisserie
Sioux Falls, SD
After winning the World Pastry Championships and an entire season of Top Chef while commanding lines out the door as the assistant pastry chef at Bellagio, Chris Hanmer really only had one place to go: South Dakota. Yep, rather than being the 947th reality TV chef to open his own spot in a New York or Miami, Chris Hanmer opted to be a big cock in a small field and opened this gem right on the main drag in Sioux Falls. Inside are desserts that are up there with what you'll find in cities that don't require two connecting flights, like the Petit Gateau carrot cake with cream cheese, vanilla bean, and caramel glaze.

To find out what 11 other bakeries made the final list of the best in the country, get the full story at Thrillist.com!

No Butter? No Problem: Every Baking Substitute You Could Ever Need

In celebration of the noble service bakeries provide, we selected some of the bravest and boldest in these United States of America. Behold below the best Cronut and Crack Pie purveyors, macaron specialists, and customizable cake makers this country has to offer.