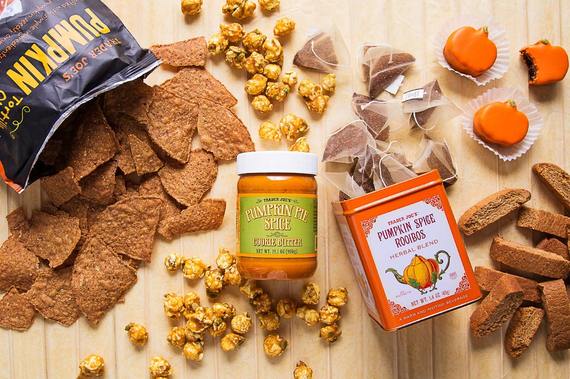 There are certain times during the year when it's worth it to brave the labyrinthine lines at Trader Joe's. And each one of those times happens exclusively during the fall, when pumpkin spice and caramel apples crawl out from the floorboards and descend from the rafters to claim their annual shelf space.

After shamelessly pushing an extremely orange shopping cart through the store and an extensive taste test, here's our ranking of the 10 best Trader Joe's fall products.

10. Pumpkin Spice Rooibos Tea
Consider this the pumpkin spice latte's well-mannered cousin. It's caffeine free, so you can get your pumpkin spice fix and still fall asleep with ease. The flavor doesn't smack you upside the head, as it shouldn't: It's tea, not a slice of pie.

9. Pumpkin Soup Crackers
Even though their name suggests they're meant to be eaten with soup, the sturdy constitution of these crackers makes them ideal candidates for scooping up hearty mounds of hummus and salsa. And according to the TJ flier, that's no accident: They're actually meant to taste like crunchy pumpkin soup. Not that anyone asked for that. 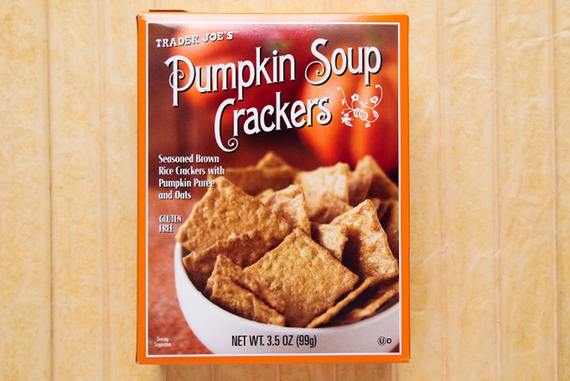 8. Pumpkin Tortilla Chips
These are perfectly acceptable tortilla chips, but they're not bursting with pumpkin (or really any) flavor, even though apparently 17 percent of their ingredients are pumpkin in the form of either purée or seeds. A little more pumpkin flavor, and I'd argue these would crack the top five.

7. Apple Caramel Greek Yogurt
As long as you definitely understand this is a dessert, you're fine. But let this serve as a reminder that pumpkin doesn't have a monopoly on fall flavors.

6. Pumpkin Spice Granola Bark
I've yet to meet a bark I don't like. This one is made in Vermont and has pumpkin purée, seeds (both in the granola and on top) and the usual spice suspects. Though it's not quite as irresistible as peppermint bark, it does the trick. 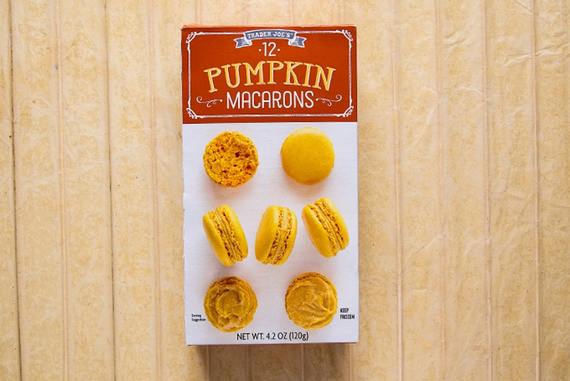 5. Pumpkin Pie Spice Cookie Butter
Half of you reading this right now will hate this. Some of you might hate it so much that you put your hands up and walk out of the kitchen, as one TT editor did. But the other half will love it so much that you'll treat it with the same inclusiveness you do table salt--so the rule of averages puts this one right in the middle.

4. Chocolate Mousse Pumpkins
Here's a twist. These are not flavored with the traditional fall spices; they're just shaped like miniature pumpkins. But who can refuse chocolate mousse, especially when it's sitting on top of puffy chocolate cake and wrapped in even more chocolate?

3. Pumpkin Spiced Pumpkin Seeds
These are similar to Blue Diamond's pumpkin spice almonds, but they're in pepita form and covered in sugar, toffee and a dusting of classic pie spices. Ration these out ahead of time, or else you'll be left with an empty package and 10 sugar-dusted fingertips. 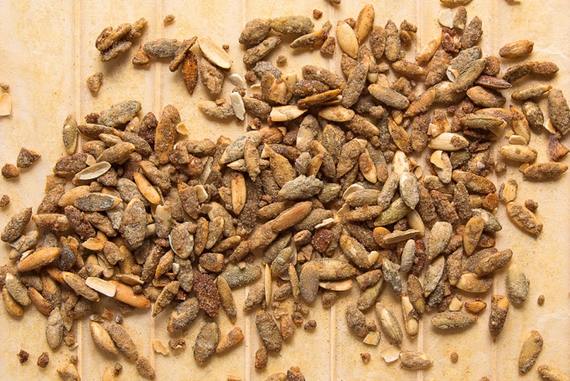 2. Pumpkin Spice Caramel Corn
We made it only 12 steps out of the store's exit before tearing into this bag. It's everything you want from caramel corn: a sweet-sticky coating that adheres to your teeth in all the right ways and a salty finish to keep you wanting more. The subtle pumpkin flavor and bits of seeds add to the fun.

1. Pumpkin Biscotti
These are a sleeper hit. On their own? No. Wouldn't even make the top 10. But they fulfill their role as sponges of the cookie world: When they hit liquid, it's magic and you'll want 27 of them. Dunk one in coffee and turn your drink into a makeshift pumpkin spice latte, or steep a mug of pumpkin rooibos for double gourd action.