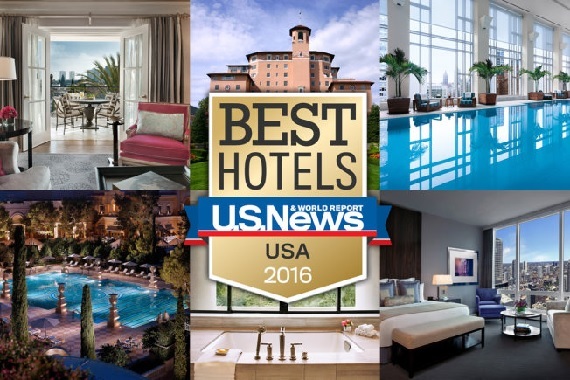 Choosing the right hotel can be a challenge. Even after researching everything from location and on-site amenities to reviews from past guests, a property's quality can be difficult to determine from afar. That's where U.S. News & World Report's annual Best Hotels in the USA rankings come in.

Speaking of amenities, these distinguished properties stand out among the rest thanks in part to their superior offerings, excellent customer service and gourmet restaurants. What's more, this year's highest-ranked hotels are also set in diverse locations - the 10 top hotels in the USA range from city center lodgings to secluded countryside resorts to intimate urban retreats.

Using a comprehensive methodology, our editors evaluated more than 1,750 hotels in the USA, taking into account each property's star rating and its reputation among experts and travelers. New this year, U.S News travel editors collected more than 200,000 data points to bring readers more information on the top-ranked hotels in the United States. The hotel reviews detail everything from resort fees at Las Vegas hotels to activities for kids at Hawaii properties. This expanded content allows travelers to search for the best hotel to suit their needs, whether they're seeking a boutique property in New York City with a gym and a pool or a conference hotel in Cleveland with free Wi-Fi access and a well-equipped business center.

See: The 50 Best Hotels in the USA

Rising up the ranks from No. 35 last year, Auberge du Soleil solidifies the No. 10 spot on the Best Hotels in the USA ranking. This Auberge hotel is tucked away in the heart of Napa Valley, giving travelers easy access to the area's top wineries. Guests find plenty of things to commend Auberge du Soleil on, including the relaxing pool area, the complimentary yoga classes and the gorgeous suite views. The restaurant also earns rave reviews for its tasty food (especially the brunch) and its patio's panoramas of the countryside landscape. Experts take notice, too. Auberge du Soleil is a Lonely Planet Top Pick and a 2016 Condé Nast Traveler Gold recipient.

Consistency is key at the Waldorf Astoria Chicago. The employees are often described as attentive and friendly, and the decor is praised for its elegant style. Guests say this dependable combination is one of the main reasons they return time and again. It's also a big part of why the Waldorf collects several industry accolades, including the 2016 AAA Five Diamond and the 2015 Travel + Leisure World's Best awards. The Waldorf Astoria Chicago's accommodations also earn praise for their spacious designs and soaking tubs. And when it comes to location and amenities, the hotel is situated just east of Chicago's Magnificent Mile and features a heated indoor pool, a spa and a restaurant and bar.

The Mandarin Oriental, Las Vegas improved from No. 15 in 2015 to claim the title of the No. 8 Best Hotel in the USA for 2016. Guests say a stay here makes for a great Las Vegas experience, highlighting the bell staff, the valet attendants and the bartenders as helpful and knowledgeable. Even though it's a non-gaming property, the Mandarin Oriental finds a way to win over travelers - namely with its upscale atmosphere, its modern furnishings and its spectacular Strip views. Plus, the Mandarin Oriental is located in the heart of Sin City, so visitors are just a short walk from nearby casinos and top Las Vegas attractions. The hotel has also drawn attention from travel experts and is a 2015 Forbes Travel Guide Five Star and 2016 AAA Five Diamond Award recipient.

Still relatively new to the Windy City's hospitality scene (the hotel opened in 2013), The Langham, Chicago consistently wows guests with its river views and sizable rooms. Additionally, travelers say the staff here is top notch, noting that employees go out of their way to personalize room preferences and offer assistance. Another point of praise: The hotel is located along the banks of the Chicago River and puts visitors within walking distance of many of Chicago's top attractions, including the Magnificent Mile, the Chicago Theatre and Millennium Park. What's more, The Langham is home to an indoor pool, a spa and an award-winning restaurant. Speaking of awards, the property cleans up there, too. The Langham, Chicago is a 2016 AAA Five Diamond, Lonely Planet Recommended and Frommer's Exceptional hotel.

Montage Palmetto Bluff is no stranger to this list: it's claimed a spot in the top 10 for the past four years. This property also earns accolades from travel industry giants, including the 2016 AAA Five Diamond Award and the 2015 Forbes Travel Guide Four Star Award. Guests and experts appreciate Montage Palmetto Bluff's secluded location set on 20,000 acres in Bluffton, South Carolina. They also approve of the resort's cozy accommodations with private screened-in porches, the tasty seafood served at the on-site eateries, the several pools and the 18-hole Jack Nicklaus Signature Golf Course. As far as service is concerned, travelers say the staff is exceptionally (and genuinely) friendly and well-trained.

Climbing up the ranks from No. 34 in 2015 to No. 5 this year, The Peninsula is a luxury hotel in the upscale Beverly Hills neighborhood. Travelers cite everything from the concierge's helpful restaurant and bar suggestions to the warm welcomes from the front desk staff as reasons The Peninsula shines brighter than other hotels in Los Angeles. The rooms are also described as exquisite and wonderful. And critics agree: The hotel is a Fodor's Choice, 2016 AAA Five Diamond and 2015 Travel + Leisure World's Best award recipient. In terms of amenities, The Peninsula boasts a rooftop pool, an on-site spa and a highly acclaimed (and newly remodeled) restaurant, The Belvedere.

Four Seasons hotels have a reputation for being some of the best in the world - and this resort in Hawaii is no exception. The Four Seasons Resort Hualalai is set on the Big Island's Kona-Kohala Coast, which means guests staying here are in for some stellar views. The accommodations and amenities at the hotel are a big hit with families, particularly the seven pools, the spacious rooms and the supervised kids program. Meanwhile, all types of travelers commend this Four Seasons for its impressive staff. The hotel's high level of service and ample on-site amenities helped it earn a spot on the 2015 Condé Nast Traveler Readers' Choice list, in addition to a 2016 AAA Five Diamond Award.

New to the top 10 list this year, ARIA Sky Suites is the boutique retreat that sits on the top floors of ARIA Resort & Casino in Las Vegas. Located in the middle of the action on the Las Vegas Strip, the hotel grants guests access to all of ARIA's amenities - the casino, the pools, multiple restaurants and the 80,000-square-foot spa - in addition to Sky Suites exclusive perks, such as a private pool, a personal concierge and complimentary transportation from the airport. When it comes to accolades, ARIA Sky Suites received the 2016 AAA Five Diamond Award and the 2015 Forbes Travel Guide Five Star Award. And visitors find the property to be impressive as well: Guests describe the suites as massive, the service as high caliber and their experiences as memorable.

The Jefferson is a household name in Washington, D.C. Situated in the heart the nation's capital, this member of the Preferred Hotels & Resorts portfolio is just north of the White House, the Capitol Building and the National Mall. But The Jefferson's location isn't the only thing it has going for it. The property wins favor with experts and travelers alike - it earned the 2015 Travel + Leisure World's Best Award and claimed a spot on the 2015 TripAdvisor Travelers' Choice list. What's more, the hotel's restaurant and lounge earn high marks from guests and D.C. residents, and its accommodations are consistently lauded for their size and decor. The Jefferson made a remarkable move up the U.S. News Best Hotels in the USA ranking, improving from No. 99 in 2014 to No. 10 in 2015 to No. 2 this year.

1. The Lodge at Sea Island

Claiming the No. 1 spot on the Best Hotels in the USA ranking for 2016 (up from No. 2 in 2015), this hotel is a perennial favorite among experts and travelers. The Lodge at Sea Island is set in the resort town of Sea Island, Georgia, and treats guests to a wealth of amenities. The resort's complex offers three golf courses, several pools and ample dining options. Guests praise everything from the rooms' stellar showers to the picturesque grounds. Lodgers also say they're impressed with how consistent the hotel's standards remain year after year, particularly noting the terrific staff members. Industry experts agree - The Lodge at Sea Island was recognized as a 2016 AAA Five Diamond hotel and earned 2016 Condé Nast Traveler Gold and 2015 Travel + Leisure World's Best awards.

Erin Shields is a Travel Editor at U.S. News. You can follow her on Twitter, circle her on Google+ or email her at eshields@usnews.com. 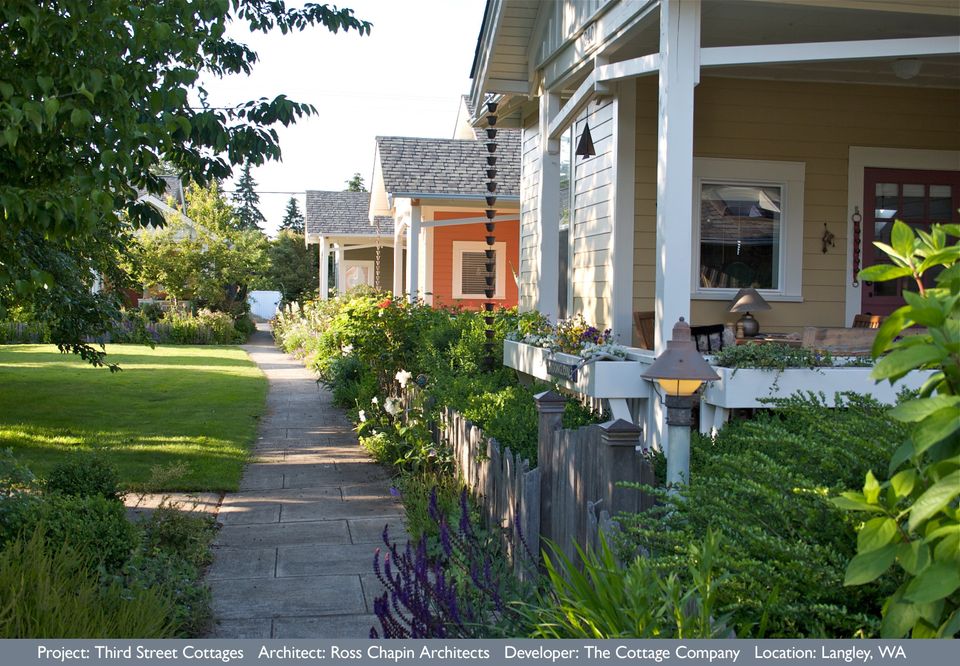