Okay, don't hate us for bringing this up, but summer is almost over. The official final day of the season isn't till September 22, but most largely associate the end of summer Fridays, summer beach days, summer lazy days -- you name it -- with that dreaded Tuesday following Labor Day. But we're all about finding the silver lining here at Oyster.com and we see the close of summer as just another reason to travel! After all, nearly 35 million Americans will take a trip over the holiday weekend, and you don't want to be the only one stuck at home.

It's not too late to plan an epic Labor Day getaway. Here's our top 10 list of the best last-minute weekend getaway destinations for the holiday this year. Be sure to check out our hotel picks on Oyster.com. 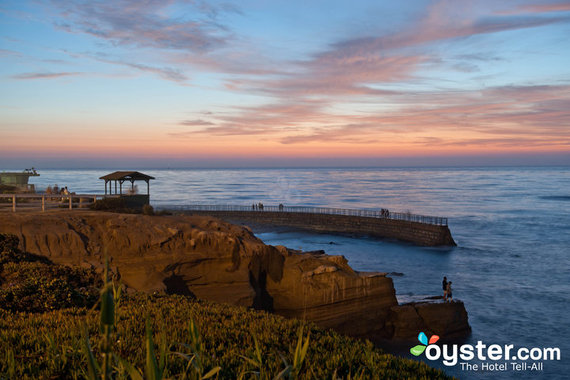 If you want to soak up some final hours on the sand over Labor Day, San Diego's La Jolla is a great destination to set your sights on. About a 30-minute drive from the San Diego airport, this seaside community is set on one of the most affluent stretches of California's coast. But the atmosphere is nonetheless laid-back; nature is key here, and it is well-maintained to preserve the area's natural beauty. There is even a 6,000-acre underwater park, great for snorkeling and scuba diving, and Mount Soledad, a park with 360-degree views of La Jolla. Partiers should look elsewhere, but this destination is a solid choice for those seeking a tranquil long weekend away. 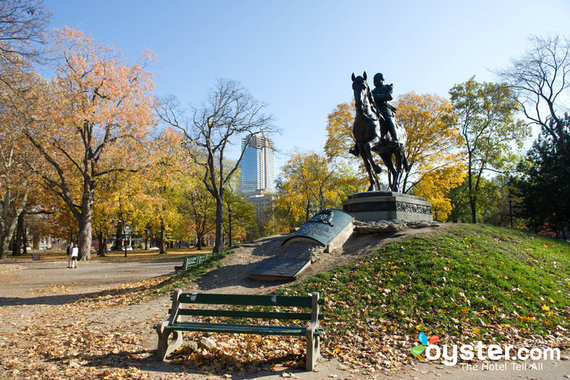 Just because Labor Day is a national holiday doesn't mean you have to spend it stateside; Toronto is a wonderful international destination for the weekend, especially this year when airfare costs to the Canadian metropolis are down. This may come as a surprise, because many would argue that North America's fourth largest city is just hitting its prime; the sweeping gentrification of former industrial areas have made this cultural hub all the more impressive. Toronto is an extremely walkable city, and Labor Day weekend is a nice time to visit since daytime temperatures hover in the low 70s. Plus, if you stick around for a few extra days, the world-renowned Toronto International Film Festival kicks off on September 10. 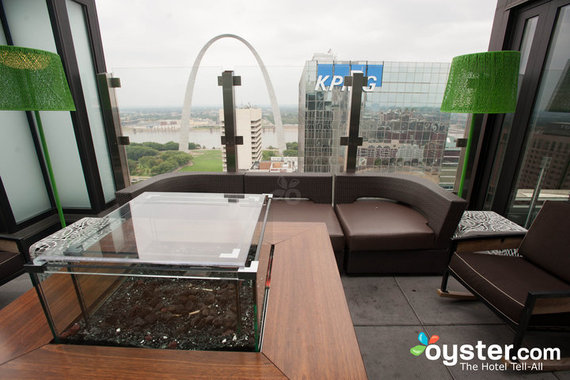 Despite the recent Ferguson riots (although the peak period took place after the holiday), St. Louis experienced a major uptick in tourism over Labor Day weekend in 2014 compared to 2013, and this year the hospitality board is expecting a good number of visitors to fly in for Labor Day 2015 as well. Home to the iconic Arch, this Midwest metropolis offers visitors some great perks, including free access to one of the country's top zoos, where a beloved polar bear now resides. Other fun Labor Day weekend activities include baseball games (the Cardinals will be taking on the Pirates and the Cubs), the St. Nicholas Festival, and the Midwest Wingfest, a two-day food fest dedicated to wings. 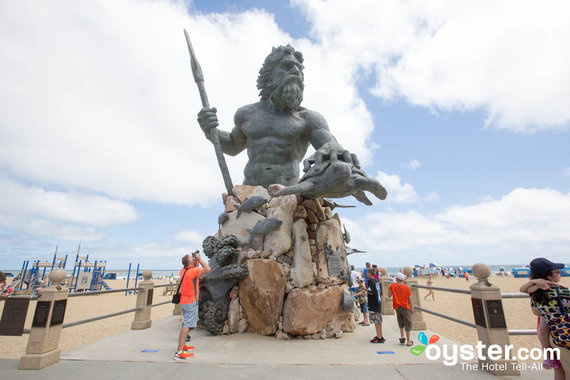 Thanks to its miles of beaches, Navy presence, and generally affordable restaurants and bars, Virginia Beach finds itself as one of the most visited beach destinations in the country for Labor Day year after year. The weekend is packed with patriotic pride in the form of musical events, food and arts festivals, and fireworks. Though the highly regarded East Coast Surfing Championships take place two weekends prior, the swell is still great for surfers over Labor Day, and the waters are packed with swimmer, kayakers, and surfers. 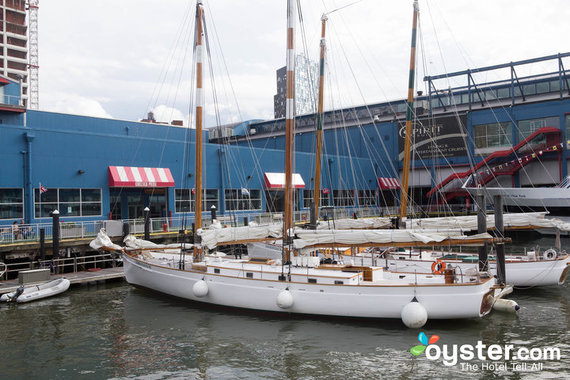 New York City may be one of the top five Labor Day destinations annually (flights over summer are slightly cheaper than those around the winter holidays and spring break), but it never feels too crowded over the weekend -- probably because most Manhattanites escape to the Hamptons. Aside from less-packed restaurants and a sunny High Line stroll, this year tourists can take a trip to the recently opened Whitney Museum, which has found its new home in the Meatpacking District. Entry is expensive, so guests can also visit classics like the Metropolitan Museum (which only has a high "suggested" fee) or head to Brooklyn for a cheap, delicious feast at Smorgasburg. 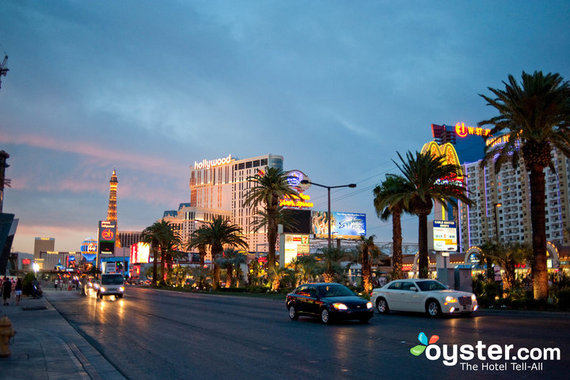 Las Vegas actually often comes in as even more popular than New York over Labor Day weekend; for those who want to party, there are few places better suited. It's certainly not cheap to get there, and whatever money you may (but more likely may not) rake in from the tables, you'll be spending -- and then some -- on tables at clubs, but the beauty of Vegas is that even the most luxurious resorts are cheap by hotel rates standards elsewhere. Plus, almost all pool parties rage on through at least the end of September, so you can drink and dance in your bikini while you celebrate the holiday. 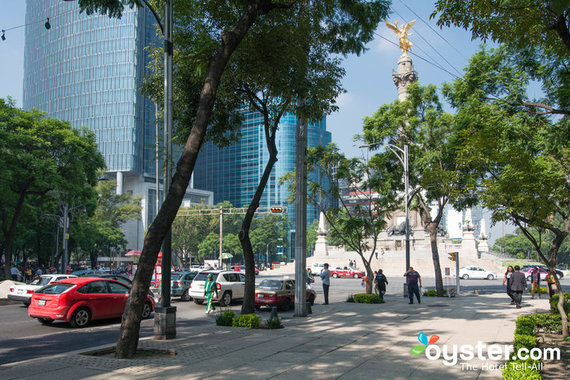 Airfare rates to Mexico City are a deal these days, and the South-of-the-Border metropolis is bustling with a thriving arts, culture, and food scene. Packing everything this massive city has to offer into one weekend may seem difficult, but there are some highlights you can focus on -- namely taking in downtown's numerous historic buildings and monuments, exploring the city's countless museums (Mexico City has more museums than both New York and Paris), and of course getting your fill of Mexican dishes like tacos al pastor and quesadillas -- but authentic-style. 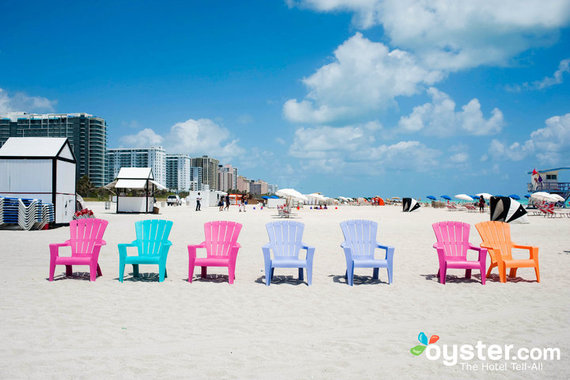 June through September are Miami's quietest months, meaning they're also the beach destination's cheapest -- not only in regards to hotel rates, but also airfare, which is down about 10 percent compared to last year on top of that. But, let's be honest, Miami is never really dead. The party continues all summer long and over the long weekend this year events range from float festivals to yacht parties, and baseball games to musical performances by a slew of favorites, including Pitbull. 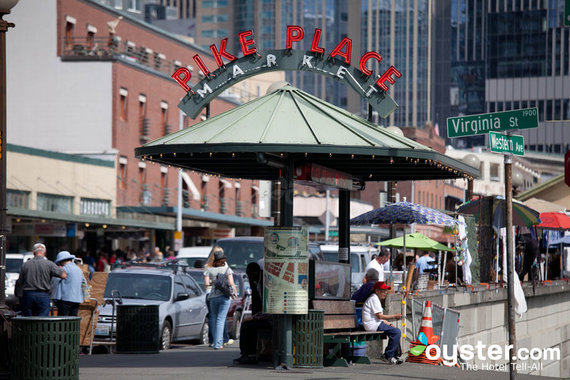 Early September is a wonderful time to visit Seattle; the high temperatures hover around a lovely 70 degrees, and prices begin to drop as the summer tourists depart. This waterfront city makes for a wonderful Labor Day destination if you seek a laid-back long weekend. Locals are friendly and it's easy to immerse yourself in the culture, which is defined by beautiful natural scenery, outdoor pursuits such as cycling, and, of course, delicious artisanal coffee. Plus, Seattle is home to a lively farmers market scene -- the best undoubtedly being the one at Pike Place. 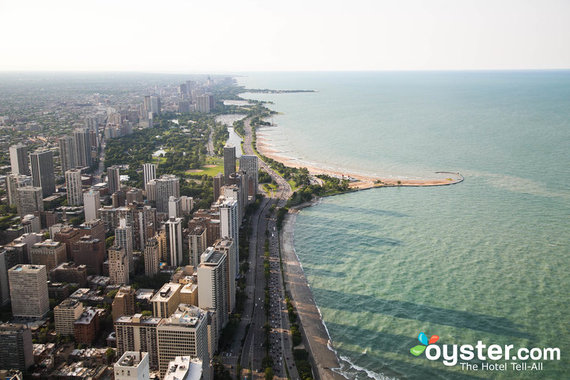 Just like Seattle, Chicago is probably best enjoyed during September -- before the brutal cold and infamous winds of the winter arrive. The lakeside city is one of the Midwest's cultural hubs, home to world-class museums, great parks, top-notch dining and shopping, and cutting-edge architecture. Highlights include the Lincoln Park Zoo (entry is free) as well as the Navy Pier, where events such as movie screenings, musical performances and fireworks shows will be taking place this Labor Day weekend.