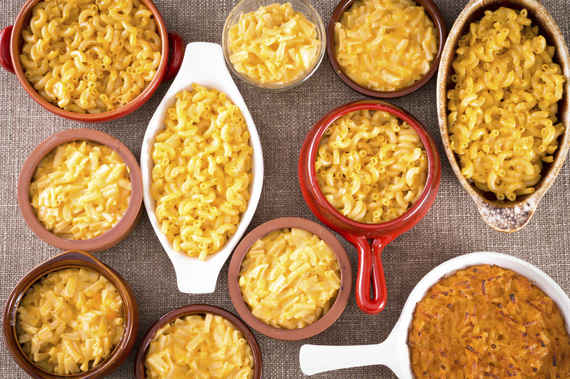 The best childhood foods are usually combinations of two strong elements, be them peanut butter & jelly, milk & cereal, or ice cream & whatever vegetable you had to eat in order to get ice cream. But perhaps above all other kid-food duos, macaroni & cheese has grown into a full-fledged adult entree that's ordered at fancy restaurants with only a minor tinge of embarrassment.

In celebration of this dream team of starch and dairy, we've compiled a list of the best macaroni & cheeses in the country. Although we did include a few bolder iterations, these mac & cheeses err more toward what mom used to make rather than truffled slight of hand from Michelin-starred chefs. With a dish as personal as this, everyone has their own favorite, which we expect to hear about in the comments. Just be sure to wipe your fingers before typing.

More: How Long Do All Your Favorite Foods Last After They're Opened? 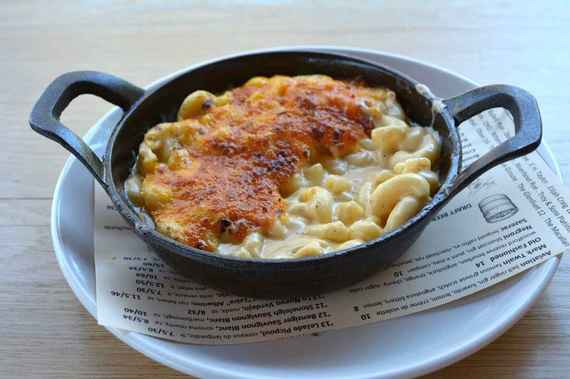 The Pig and the Pearl
Atlanta, GA
A cast-iron skillet levels up just about anything, and that's a maxim that's especially true in the realm of dairy-drenched pasta. The gooey factor on this is out of control, and they go the extra mile with the cheese by actually smoking the cheddar beforehand to give it an intensity that you don't usually see in macs that aren't souped-up with truffles or other fancy ingredients.

Crave Kitchen & Cocktails
Mount Pleasant, SC
At this point, the Charleston Mac Off isn't even a competition anymore. The chef from Crave has taken home top honors five times in a row for his beloved cheddar, Parmesan, and mozzarella mac & cheese, which is given an even greater mystique thanks to a secret ingredient dreamed up by his daughter. 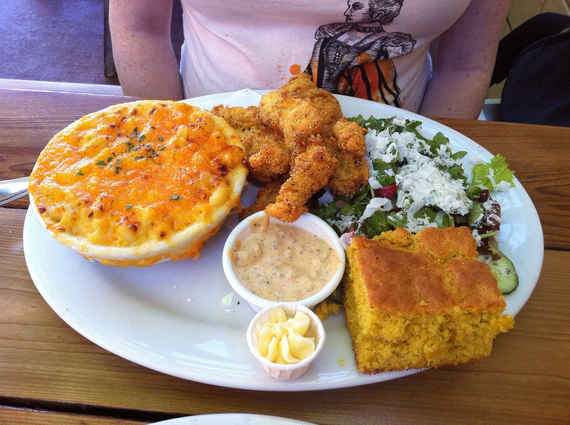 Screen Door
Portland, OR
Long lines are the norm at Portland's best brunch spots, and Screen Door is no exception (unless "there's also a long line for dinner" counts as an exception). What is exceptional is the mac and cheese, a first-string soul-food side whose special power is the ability to envelope the entire outside of the bowl in a crispy, chive-flaked crust that keeps the cauldron of cheese as steamy as its Southern roots.

Lunchbox Eats
Memphis, TN
Lunchbox gets bonus points for offering its mac in a sandwich alongside pork butt, but with or without hog, the mac & cheese is incredible enough to warrant a visit. The cheeky school theme is backed up by a chef with a serious Johnson & Wales culinary degree, and although the recipe is a secret, rumor has it that there's a spike of Worcester sauce and cottage cheese hidden under the crisped top. 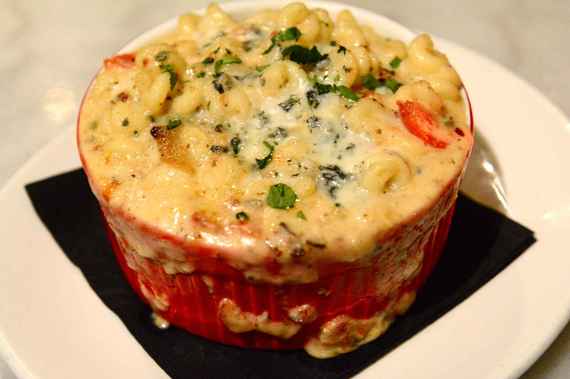 Cheesetique
Alexandria, VA
We at Thrillist love an old-fashioned, just-like-mom-makes bowl of elbows as much as anyone, but if we're going to trust anyone to elevate a mac experience, it's a cheesemonger. The Parmesan professors at Cheesetique don't disappoint: the fusilli is flavored with a stinky Cambozola sauce whose pungency is tempered by roasted tomatoes and bacon hunks.

Hattie's
Dallas, TX
Since 2002, Hattie's has been throwing some of the hardest 'bows in Texas courtesy of four-cheese mac. The deep skillet creates a molten core of pepper jack and three cheddars (sharp, white, and smoked) that would make any mac lover want to do Dallas. 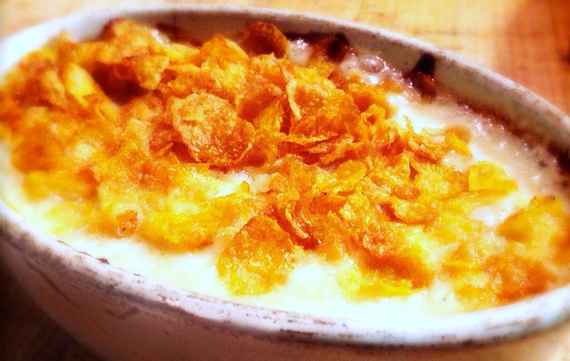 Westville
New York City
If you were to be stuck with one mac for an eternity, you could do far worse than the smokey Gouda béchamel at one of Westville's four brunch hotspots. The top layer is just scorched enough, and although it doesn't take a genius to sneak some hog's gold into mac, some definite thought went into the smoke-on-smoke pairing of bacon and Gouda.

Good Dog Bar
Philadelphia, PA
Under walls adorned with dog portraits, discerning Philly diners tear apart upscale takes on traditional comfort food like duck confit pot pie, and the high/low balancing act carries over into an entree-sized dish of mac & cheese that hides Gruyere, Gouda, and white cheddar under a bed of perfectly crispy corn flakes. They don't serve it for breakfast -- but they should. 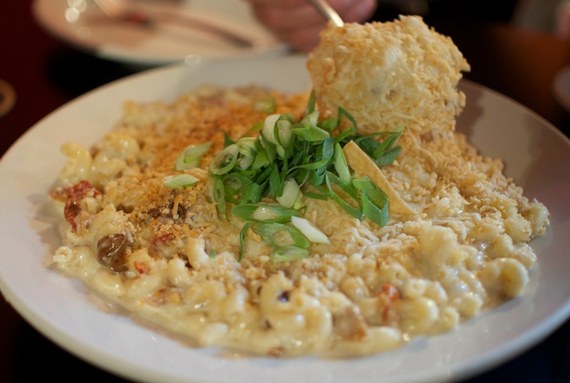 Kuma's Corner
Chicago, IL
If an article like this is proof of anything, it's that mac & cheese is just as much a vessel for other flavors as a pure expression of dairy and starch. Kuma's is renowned for its signature burger, but when it comes to mac, it lets you have it your way by customizing the well-balanced combo of Jack/Gouda/cheddar with your choice of everything from proteins like andouille sausage, bacon, and chicken, to veggies like sun-dried tomatoes. But no matter the supporting cast, the cheese is center stage.

The Old Fashioned
Madison, WI
Choosing our favorite mac in America's Cheese Basket proved harder than a slice of Swiss left in the sun. But the folks at The Old Fashioned scramble all over said basket, sourcing the best local products, which for their mac means the sharpest cheddar in the state mixed with SarVecchio, Wisconsin's creamy homegrown riff on Parmesan-Reggiano. The cheese here does, in fact, stand alone.

To learn what other 11 spots took top honors for their mac & cheese, get the full story at Thrillist.com!

The Best BBQ Across America, According to Experts