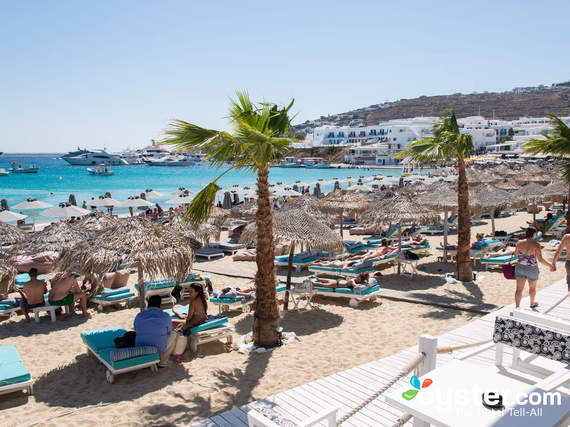 Beaches and partying go together like, well, a hot summer day and a cold beer. It's no wonder, then, that many of the gorgeous beach towns around the world are also hot spots for dancing and drinking the night (and day) away. Whether traveling for spring break, a bachelorette party, or just to enjoy a stretch of sand with some music, we've rounded up the best locales that offer beachside settings and first-class party scenes all in one. Take a look at the top 10 spots and start planning one final hoorah before summer's end. 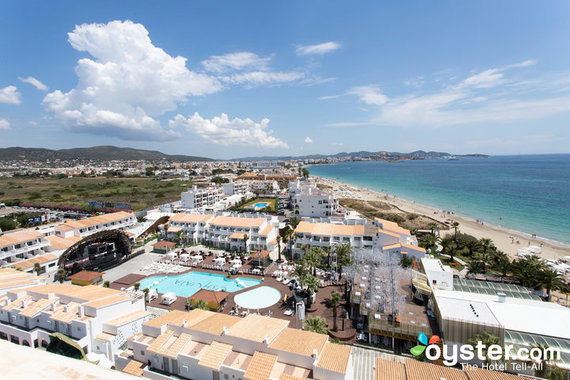 A Mediterranean island off the coast of Spain, Ibiza is well-known for its thriving nightclub and electronic music scene. Sure, it has family-friendly properties, but travelers are primarily couples and groups of friends looking to spend their days and nights dancing by the beach or hotel pool -- where DJs are spinning lively tunes. The sexy island is more than just non-stop dance parties on the sand though: the town is a UNESCO World Heritage City. So if and when visitors have their fill of booze and music, they can take in some historical sites. 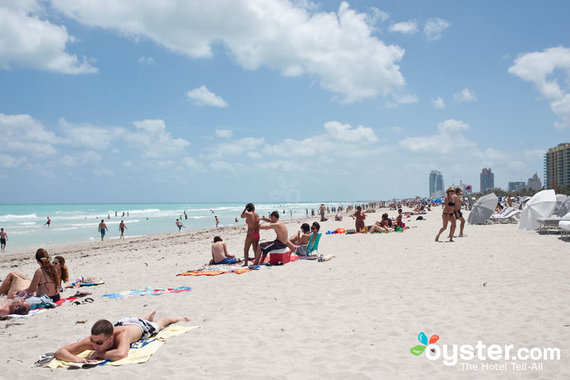 Equally as sexy as Ibiza is Miami, Florida -- a locale with equal parts hot weather and hot beachgoers. The miles of soft sand, raging nightclubs, and celebrity-helmed restaurants fill the city that attracts everyone from bachelorette party groups to families on vacation. Several festivals and events happen throughout the year, but the numerous bars and clubs throughout the city are hopping every night of the week. A stay in South Beach is best for those looking to be in the center of the action, but there's always a party just a cab ride away. 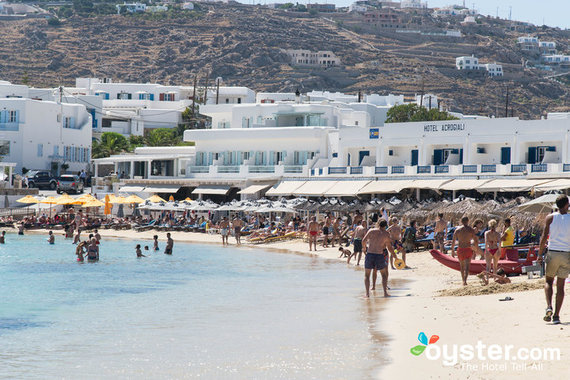 When travelers think of Greece, their minds typically wander to the country's jaw-dropping ocean vistas, delicious Mediterranean cuisine, and whitewashed architecture. But, many Greek cities, particularly Mykonos, are widely regarded as excellent party destinations as well. Along the pretty stretch of beach are bars and restaurants that host all-day parties, making the town a dream for revelers who love the sun. After spending all night (and into the early morning) living it up, recover by lounging poolside at one of the many stunning luxury hotels in the area. 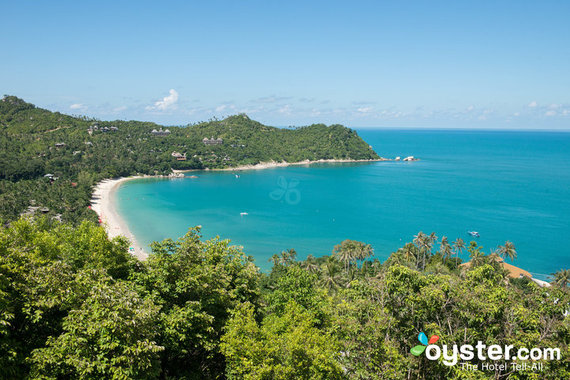 Though rivaled by the well-developed and touristy Phuket, Koh Phangan makes this list for its once-a-month Full Moon Party. Located in the Gulf of Thailand, Koh Phangan is typically a relaxed beach spot, but every 30 or so days, a party is held in the southern area of Haad Rin called the Full Moon Party. On this night, thousands of foreigners converge on the crescent-shaped beach for a night of drinking and dancing to trance, house, and R&B music. While not for the faint of heart, it's often touted as the best party in Thailand. 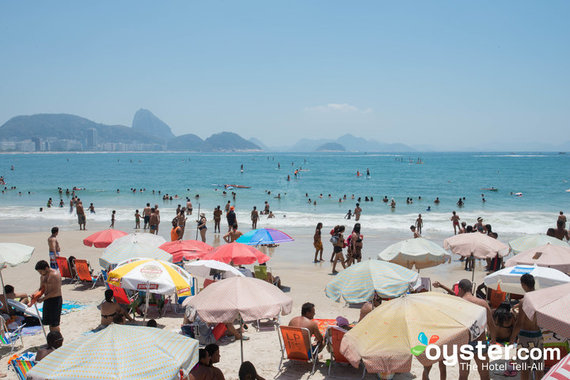 This year Rio de Janeiro is in the spotlight for hosting the Olympics, but usually it's the city's famous nightlife that's the center of attention. Given Brazil's amazing dance- and music-fueled culture, it's no surprise that the country is known to throw some of the most wild and fun parties. Whether visiting Rio during Carnival, stopping by Copacabana Beach on New Year's, or just spending a weekend in the district of Lapa, travelers will be met with loud, clubby music and sweat-inducing styles of dance. 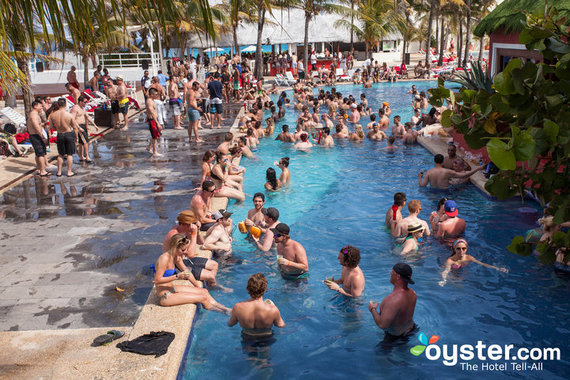 You don't have to be a college student on spring break to enjoy Cancun's boisterous party scene (though it probably helps). Cancun and booze-filled days by the beach are pretty much synonymous thanks to popular outlets such as Senor Frog's and Coco Bongo -- plus the fact that the legal drinking age is 18. Most watering holes require a hefty entrance fee, but once inside it's open bar alongside bumping music. Though beer bongs and foam parties are rampant, so are stunning views of the white-sand beaches and excellent snorkeling opportunities, which is why Cancun remains one of the most popular beach destinations in the world for partiers and non-partiers alike. 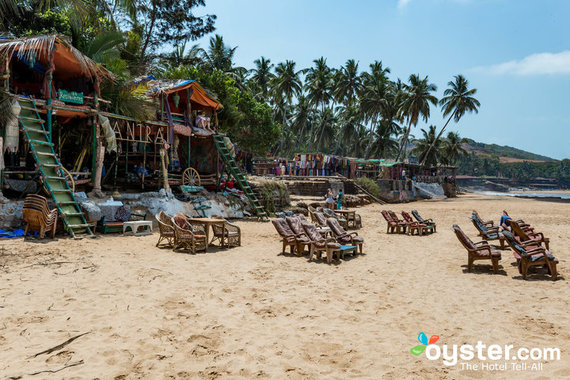 The state of Goa is considered India's nightlife capital, and the small town of Anjuna is mostly to thank for that title. Goa sits on the western coast of India and first became a tourist destination for hippies in the '60s, though it's also known for its historic Portuguese architecture as it was once a Portuguese territory. Today, cities in Goa -- such as Anjuna -- attract visitors with their laid-back beach town vibes during the day and top-notch party scenes at night. Anjuna in particular is popular for its psychedelic trance parties along the beach, where people can be found raving under neon lights (primarily at hot spot like Curlies and Shiva Valley) to renowned DJs. 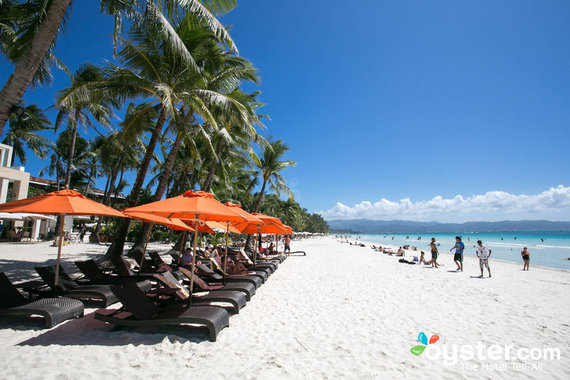 From backpackers to luxury-seekers, the tiny island of Boracay attracts a range of travelers with its stunning wide beaches and long-lasting parties that begin as soon as the sun sets and the fire dancers come out. Boracay's Station 2 is where most of the pulsating clubs and bars are, offering 2-for-1 specials and a wide array of music genres for dancing. The surrounding Stations 1 and 3 are a bit more docile, but travelers can still find live music and entertainment at venues along the water. 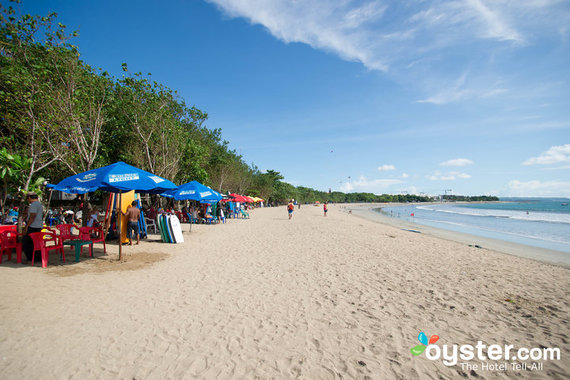 Afternoons in Kuta, Bali are spent sunbathing on the golden sand, surfing on the blue water, or shopping at area malls. Once the day turns to night, however, that's when the loud, raucous partying begins. Some travelers have compared Kuta to Cancun and Vegas, as you're far more likely to see raging twenty-somethings chugging alcohol than low-key couples enjoying a glass of wine by the (often trash-ridden) beach. For backpackers who want to stay out into the wee hours while hopping from club to club, Kuta is the city for that; then head to Ubud or Jimbaran for a more quintessential Bali stay. 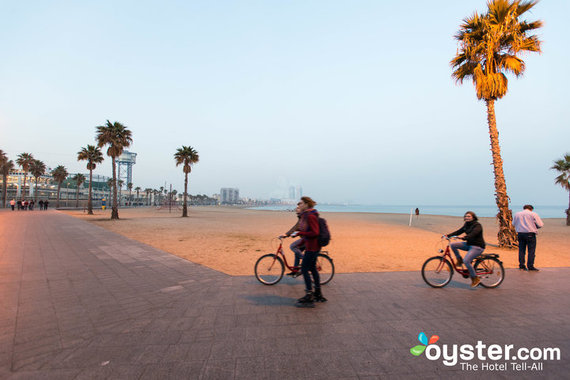 Sure, Barcelona has stunning gothic architecture and world-class museums, but it's also one of the premier party destinations for all of Europe. Instead of one central area, travelers and locals can rave it up in Las Ramblas, the Gothic Quarter, and of course the expansive Eixample. But when the sun is shining and summer is in full swing, many head to the waterfront Port Olimpic area. There, swish nightclubs and cheap pubs have beach terraces and underground areas that often stay open until 5 a.m. or later -- so visitors can fit dancing to salsa, techno, and everything in between in one night.

More:
MexicobeachMykonosPhilippinesibiza
Newsletter Sign Up
An essential daily guide to achieving the good life
Subscribe to our lifestyle email.
Successfully Subscribed!
Realness delivered to your inbox