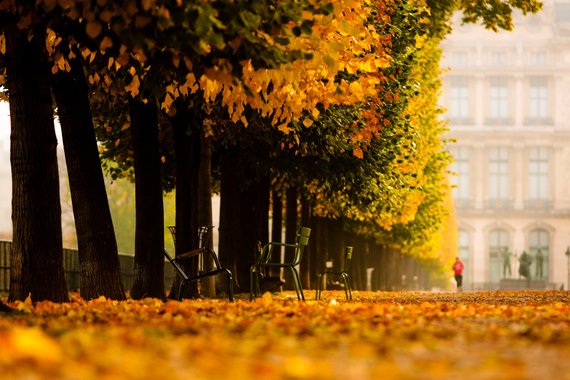 Plan your family vacation in the Fall after the summer's heat and crowds have disappeared. It's a great time to visit Europe with good weather (mostly!) for exploring, better rates all around, and that glorious Fall light bathing the picturesque scenery. Whether you choose Paris, Rome or Prague, each city has its own charm and exciting events at this special time of year.

Here are our top picks for the best towns to visit in Europe for fall foliage and more.

Paris has its fair share of kids entertainment in the Fall season. Wander the parks as the leaves change, sample the warming 'chocolat chauds' to fend off any chills, or stay up all night for the "White Night" (October 3) to visit museums by night for free! You'll find plenty of museums with kid-friendly exhibits to keep you busy in the daytime too, such as the Musee en Herbe, which is running a Tintin exhibit until the end of November. To stay in the heart of the action, try the Hotel des Grands Hommes near the Luxembourg gardens or Hotel Home near the Eiffel Tower.

Visit when the temperatures are ideal for roaming compared to the blistering summer's heat! The perfect family fall vacation in Rome includes a stroll around Villa Borghese, mooching around the Campo di Fiori markets, getting an ice cream at Giolitti's near the Pantheon and taking a look at the Coliseum, where gladiators once fought for their lives. If budget is no issue check into the gorgeous Hotel de Russie where kids are treated like VIPs. For a resort feel try the Gran Melia, within easy reach of Trastevere and Vatican City. 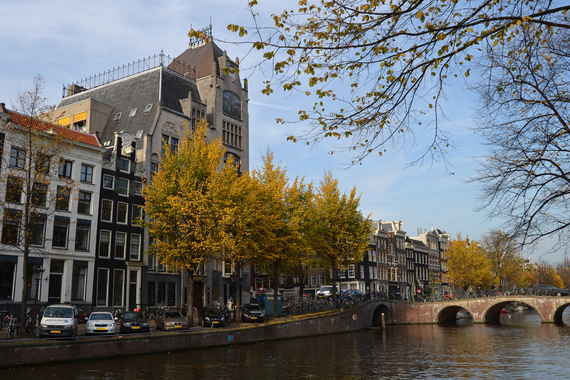 Kid-friendly Amsterdam offers a great cultural family vacation. Cruise the canals and take in the views in the crisp autumn light, which inspired so many artists. In the fall, catch the annual Cinekid Festival for film, television and new-media with over 50,000 children (15 October to 1 November 2015) or be spooked at the Halloween Festival (October 29 till November 1 2015). To stay in town, check into the Crowne Plaza City Centre with its bunk bed rooms, or to be close to the zoo, head to The Rembrandt, a boutique hotel with a resident cat. 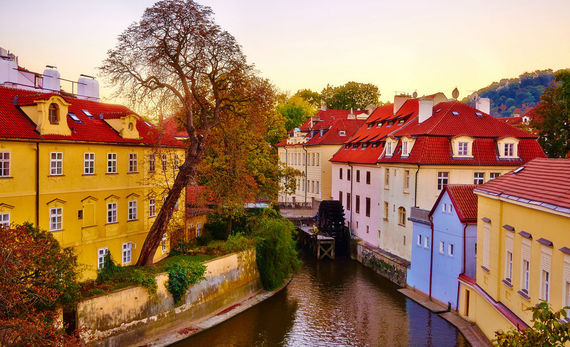 Prague in the fall is a sight to behold, with its mellow glow and its coat of golden leaves. With kids, don't miss climbing the Petrín Tower and Charles Bridge for great fall views. To sleep like a baby, the Four Seasons Hotel is the perfect home from home with babysitting services. For those who like a kid's club, try Alchymist Grand And Spa Hotel.

A fairytale city, Budapest is ideal in the fall when you can still sample the famous baths and the beaches, or hit the museums. October is a busy month with the Palinka & Sausage Festival, Children's Festival and the Vintage Model Trains Festival, as well as the Budapest Vintage Cars Festival! Book into the chic Four Seasons Gresham Palace with its lovely pool or to get wet at the Aquaworld Resort Budapest. 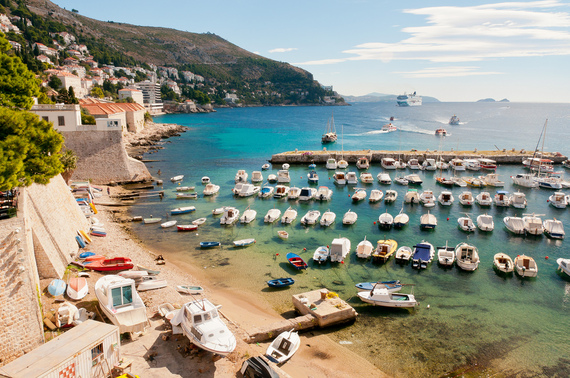 Dubbed the "Jewel of the Adriatic," Dubrovnik deserves its nickname. Just as pretty in the Fall when the sun still shines, though less harshly over the cobbled streets and the leaves start to fall, it's a great place to combine beach, culture and history perfectly. Even better, the summer's tourists have left! Go island hopping or take a Game of Thrones tour (it's the setting for King's Landing) -- all in perfect weather. For the best views, stay at the luxurious Excelsior, a sophisticated family-friendly hotel, with the great discounted Fall rates.

Fall is the perfect time for a family vacation in Dublin thanks to the many festivals and events, from the Jurassic Adventures at the state-of-the-art Helix theatre, to the Animation Film Festival and Bram Stoker Scary Festival. In keeping with the scary theme, Halloween is also a great time to visit for the GAA Museum's Halloween Tours in Croke Park, the Ghastly Glasnevin Cemetery's Children's Ghoulish Graveyard Tours and the Spooktacular at the zoo amongst others. For a treat, try the Halloween trick or treat workshop at the Chocolate Warehouse! Stay at the Westbury Hotel, famous for its Teddy Bear Tea or, try the Radisson Blu St. Helen's Hotel for 18th century Georgian grandeur.

Pretty as a picture especially during the Fall season, Oxford is the perfect place for Harry Potter fans to take a family vacation. Catch all the action as the students return and cycle around town in their black robes! Visit the University Parks, at their best in their autumn colours, see the beautiful college buildings, the covered market for a warming cup of tea or soup, and don't miss the Ashmolean Museum's Tutankhamun exhibition running until November 2nd. To stay in a family-friendly hotel with a twist, check into the Malmaison Oxford Castle, a swish boutique hotel set in the old prison! 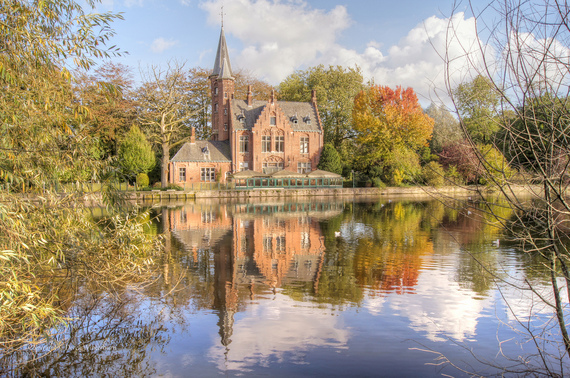 Families in search of culture, history and chocolate won't be disappointed in the "Venice of the North"! The UNESCO World Heritage Site with its canals and ancient buildings, and many chocolate shops is utterly charming, especially in the soft Fall light. Even better in late September, the Kookeet festival brings gourmet food to town with gastronomic dishes at fair prices! Stay at the Hotel Dukes' Palace, a former aristocratic residence with 5 family rooms and a large garden to roam free in.

Tucked between France, Italy and the Mediterranean, Monaco is a great place to visit in the fall with its warm weather and great autumnal events such as the Grimaldi Trophy sailing cup, which takes place on 17th and 18th of October with the Monaco Yacht Club. Kids will love the the annual fun fair at Port Hercule which brings the place alive from 23 October to November 19th. Families will love the Hotel Metropole's cool kids amenities like 'Petit Prince' bathing products, mini-robes and Mary-Poppins style nannies.

Rowena Carr-Allinson contributed this to MiniTime. Since the arrival of her son in 2011, she has taken him everywhere from Bangkok to NYC, writing family friendly articles en route.

More from MiniTime:
20 Oldest Cities in the US for Young History Buffs
5 Irresistible Islands to Visit with the Kids
5 Things to Avoid When Traveling to Mexico with Kids
10 Most Beautiful US Towns to Visit in the Fall