And cue the world's smallest violin. It's playing just for you. You want to accomplish great things but you come up with excuses to prevent yourself from moving forward. These excuses are natural thoughts when taking on a goal. It could be losing weight, starting a business, or teaching yourself Spanish.

Regardless, these excuses originate inside your head as obstacles to keep you from moving forward in life. It's important to rewire your mindset so you don't naturally create roadblocks when setting your goals. Following are the most common excuses people come up with for not reaching their goals. 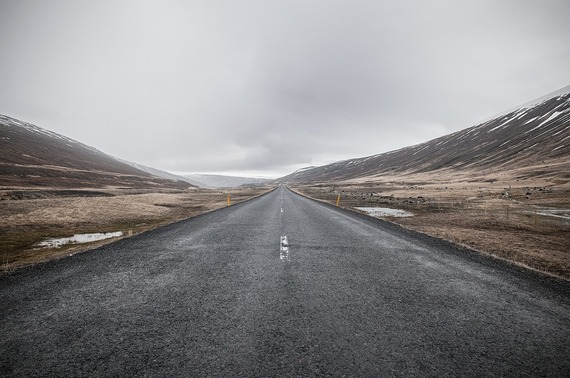 The answer to the excuse regarding money involves sacrifice. It's time to prioritize. What are you spending your money on that could be reduced? Reduce spending by identifying items that are categorized as "wants" or "needs." Switch to homemade meals rather than eating out for a weekend.

Leverage the "crowd." If you have a goal that inspires others then allow them to help. Many people are more than willing to donate money to a cause that they can believe in. So, as long as you have something special to share, the "crowd" may be willing to give back in some way.

There's always friends and family you can look to as well. Regardless of who you ask, be sure to have a good plan and execution strategy in place so you have something to pitch to them. Simply asking for money without a plan will lead you nowhere.

Lastly, bank loans are an option. I'll hold back my opinion of bank loans but know that this is also an option. Your money excuse has been debunked. Get to work.

I've worked with women who are full-time workers and full-time mothers. Not to mention those that are also going to school for an MBA, or launching a business!

When I hear "I don't have time," I take this as the notion that you are not in control of your life. Control your power of saying, "No." It's okay to turn down invitations when you have bigger plans in mind. Wake up earlier, go to bed later, and cut out any unnecessary, time-consuming matters. You have the time, you just need to make the time.

The grand scheme of a goal can be daunting. No matter the size of the goal, the goal itself may appear so large that you don't know how to get started. It'll be easier to focus on the minor tasks that will get you to your goal. Focus on the process.

For example, let's say your goal is to lose 30lbs in 30 days. Focus on losing one pound per day rather than the overall goal. If you concentrate on the daily goals, you'll incrementally move towards the mission you set out for.

4. It's Not The Right Time To Start

There's never a right time to start. The only time to start is right now. Do it while you're still breathing, because something will always come up: an unexpected bill, chore, or child. You'll be kicking yourself in the ass later down the road because you didn't work for that goal. There are few things in life that hurt more than regret. You don't want to be in that boat.

There will always be fear. The most successful people in the world are fearful of something. But they have the courage to move past the fear.

Fear is a good thing. Fear means it is a big enough goal that is worth pursuing. If you set a goal that doesn't scare you then you might as well take it off the list, because it will be easy to abandon. From there, turn your fear into excitement. Tell yourself, "Challenge accepted."

Use your youth to your advantage. You have time, and health. Your obligations are lower than an adult's. No mortgage, no wife, no kids. If anything, this is the time to get started. These 8 entrepreneurs under 18 didn't let their age stop them.

Is being a 52-year old diabetic with arthritis too old? If you are over the age of 50, you might as well throw in the towel because you are too old. Especially if you have diabetes and arthritis. At least, that's how many may think.

A man named Ray Kroc was in the same boat. He had minor health issues, and a shaky marriage. However, he felt his best days were ahead of him. By focusing on people and the process, Ray was able to create one of the most successful restaurant chains in history. You know of it as McDonalds. But you're too old, right?

But why don't you reframe your mindset to the inverse belief? If not reaching your goals is who you are, try changing your belief to "reaching my goals is who I am." Just like Henry Ford said, "Whether you think you can, or think you can't, you're right." Change your story, change your actions, and change your life.

Would you like some French cries with that WAHmburger? If achieving your goals was that easy then everyone would be doing it. We'd all hit our goals and be frolicking through tulip fields singing "Kumbaya."

Everything you want in life takes work. It involves doing things we don't want to do. I don't enjoy having a six-pack on top of my six-pack so I have to exercise or eat salads to rid myself of that unwanted gut. If it's hard then it's another good thing. It is a good sign that you won't get bored. I couldn't tell you how many goals I pushed off my plate because they were too easy. A hard goal is stimulating and engaging.

Now roll your sleeves up and get to work!

9. What Will Others Think?

Why does this matter? Give me one good reason why the opinion of others matters. This is an excuse because you have an inclination to quit and the naysayers will only validate that inclination. They'll protest your goals because they are not ambitious enough to go after their own. At the same time, they'll praise you when you do hit your goals.

Don't let the negativity of others hinder you.

What if you succeed? There's a 50/50 chance for the success/failure outcome. 50% odds are pretty good odds if you ask me. Failure is always a risk. Get used to this. Very few things have a 100% success rate.

Use your excuses as an opportunity. Typically, your excuses can be reframed in a positive manner. This can help you gain momentum. These excuses are all in your head. They're part of a story you are telling yourself. Once you acknowledge these stories, you can begin to write your new story and get closer to your goals. Because once you reach that goal, it'll feel that much better knowing you overcame your excuses.