1. The California Drought Becomes an Emergency
California's multi-year drought grew dire enough in 2014 to prompt Governor Jerry Brown to declare a drought emergency in January. By the end of the year, California had experienced the driest and hottest 36 months in its 119-year instrumental record. Some researchers described the drought as 1) the worst in over 1200 years and 2) evidence of rising temperatures globally as climate changes accelerate. As of mid-January, the drought is continuing. 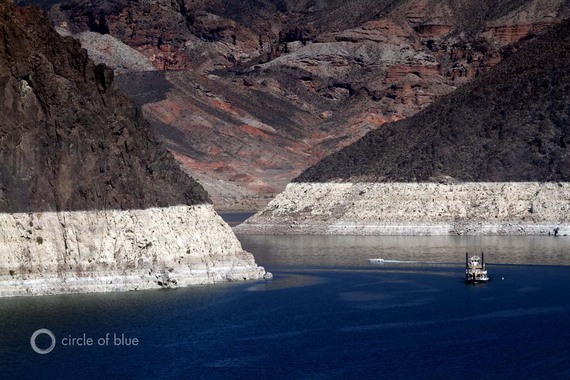 As the California and western drought continued in 2014, storage reservoirs in the region were drawn down to record lows. "Bathtub rings" around Lake Mead in 2012. In July 2014, Lake Mead reached the lowest levels since the lake was filled in the 1930s. © J. Carl Ganter/Circle of Blue

2. Tigris and Euphrates River Dams Influence Islamic State Expansion
Conflicts over water have a long history. In 2014, a new analysis described the links between drought, climate change, water management, and the Syrian civil war. By the end of the year, the region's major dams were targeted for control by the Islamic State (IS) and used as weapons to flood parts of Iraq and to divert water away from some communities for political purposes. IS forces near these dams were also targets of allied air strikes because of the dams' strategic importance.

3. U.S.-China Climate Agreement Includes Water-Energy Provisions
On November 12, 2014, the President of the United States reached a momentous accord with the President of China to cap greenhouse gas emissions and do a whole lot more for Mother Earth and its human inhabitants. The agreement encourages collaboration between the world's two largest economies to much more quickly put into place new tools, practices, and especially markets to contend with radically different ecological and economic conditions. The agreement includes two provisions to secure freshwater supplies in energy production. The two nations are 1) investing in research to improve efficiency and conservation in water supply for energy generation and 2) developing a carbon-sequestration demonstration project in China to put to good use the water that is displaced from deep beneath the surface during CO2 storage.

4. The U.S. Safe Drinking Water Act Turns 40 Amid Mounting Safety Lapses
In the year that the U.S. Safe Drinking Water Act turned 40, Toledo, Ohio, Charleston, West Virginia, and towns along North Carolina's Dan River were the victims of pollution incidents that highlighted the continued challenges in safeguarding water supplies and protecting public health. Toledo shut down its water supply after poisonous algae toxins developed in Lake Erie. Charleston's water supply was fouled by a chemical spill that prompted the Justice Department to indict the plant's owners for water-quality violations and obstruction of justice. In North Carolina, a storage basin failure at a Duke Energy power plant sent more than 35,000 metric tons of coal ash, a noxious waste product, flowing into the Dan River, a drinking water source. 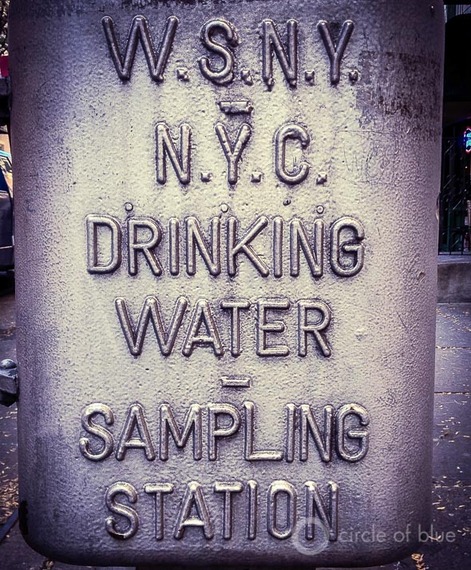 The Safe Drinking Water Act turned 40 in 2014. Major cities (including New York) all test tap water, which is among the best in the world. But incidents of contamination in major cities highlight the need for expanded vigilance and protection against contaminants. © J. Carl Ganter/Circle of Blue

5. Evidence of the Link between Climate Change and Extreme Hydrologic Events Grows Stronger
The evidence of the links between climate change and extreme hydrologic events grew more powerful in 2014. A series of scientific reports addressed heat waves in Europe, coastal damages in the Eastern United States during extreme tides and storms, flooding in the UK from more intense rain storms, drastic loss of Arctic ice, and droughts in Australia and the Southwestern United States. Lloyd's of London concluded in May that the influence of rising sea levels increased the damages from Hurricane Sandy by $US 8 billion in New York alone. Sao Paulo, Brazil's largest city and located close to the water-rich Amazon Basin, suffered its worst drought.

6. America Becomes More Water-Efficient as U.S. Water Use Drops Dramatically
The United States is using less water nationally - according to the U.S. Geological Survey in a report issued in November. The federal science agency found that water use dropped to 355 billion gallons a day in 2010, the lowest level since 1970. California continues to be a leader in efficiency and conservation. It withdrew 38 billion gallons of water per day in 2010, a 17 percent decrease from 2005, and the lowest tally since 1965. The USGS report updates the last national water supply and use survey, which collected data from 2005, when national water use was 410 billion gallons per day. In effect, a nation of 309 million people in 2010 used as much water as 205 million Americans did 45 years ago.

7. China's South-North Water Transport Canal Opens
China turned the spigot on the central line of its South-North Water Transfer Project, sending the first gush of water from Danjiangkou Reservoir along the 1,432-kilometer route to Beijing and other cities in the country's dry North. Together with the transfer project's eastern line, which began operating in December 2013, and a planned western line, the massive diversion will siphon as much as 44.8 billion cubic meters (11.8 trillion gallons) of water each year from the Yangtze River Basin, according to the state-run news agency Xinhua. It is the largest project of its kind in the world, with a price tag upwards of $US 81 billion. 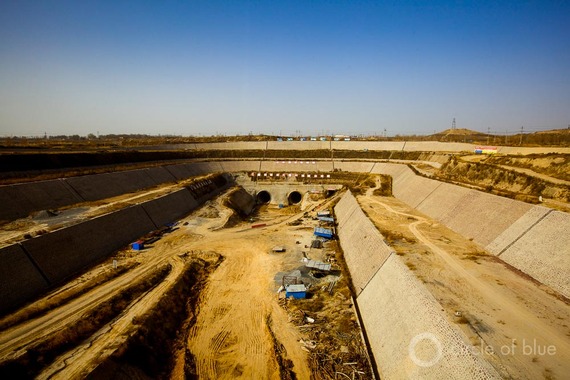 8. Algal Blooms Foul Water Worldwide
Decades of research and billions of dollars spent to understand the causes of toxic algae blooms and oxygen-starved aquatic dead zones around the world have produced more scientific knowledge but achieved few results to solve two of the most dangerous threats to the world's oceans and fresh water reserves. In fact, according to a growing body of scientific evidence, algae blooms and near-shore ocean dead zones are growing larger and more numerous while endangering important fisheries and drinking water consumed by millions of people.

9. Water-Saving Renewable Energy Technologies Become Mainstream
The Energy Information Administration reported that for the first time solar, wind, and geothermal power sources overtook hydropower in 2014 as the largest sources of renewable electricity in the United States. Wind and solar, which typically require little or no water per unit energy produced, also competed with natural gas as the largest new sources of electrical generating capacity in the United States. Through November, half the new generating capacity came from natural gas while solar and wind accounted for 44 percent, according to the Federal Energy Regulatory Commission. The transition to water-saving renewable energy is accelerating. Less than a decade ago, U.S. hydropower plants accounted for three times as much generation as non-hydro sources. In 2014, said the EIA, wind, solar, and geothermal energy accounted for just over 6.6 percent of U.S. electricity generation and hydropower accounted for just under 6.6 percent. "By 2040," said the EIA, "nonhydro renewables are projected to provide more than twice as much generation as hydropower."

10. Water Shutoffs in Detroit Are Factor in Largest U.S. Municipal Bankruptcy
Thousands of residents of Detroit -- a city under emergency management that is reeling from decades of deindustrialization and neighborhood decay -- were cut off from drinking water supplies last year. Roughly 17,000 residences were shut off between March and August because of overdue bills. Residents pushed back, taking water from fire hydrants to drink, cook, bathe, and flush their toilets, and community leaders organized emergency water deliveries. Meanwhile the accountants, lawyers, and traders collected tens of millions of dollars in fees to complete the largest municipal bankruptcy in U.S. history. The problem in Detroit raised questions about whether the shutoff of water violates the UN-declared human right to water, which requires delivery of a basic amount of water independent of ability to pay.