New York, as my friends and family who live there like to say, is the center of the universe and the source of everything important in life. And if you're a potato chip-munchin', club sandwich-eatin', tuxedo-wearin' photographer who loves to eat the occassional chop suey, wipes his butt with toilet paper and lives in an air conditioned house with locks on the door, then yes. You've got New York to thank for all that. Oh, and as if that's not good enough, toss in this little thing called Christmas.

Here's Neatorama's list of the 10 Neatest New York Inventions Ever: 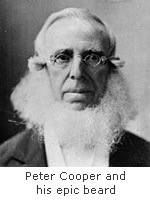 Not satisfied with having built the first American locomotive and running for president (for the Greenback Party ticket), industrialist Peter Cooper decided to try his hand in desserts. In 1845, he patented the formula for powdered gelatin.

You may not know the name "Peter Cooper," but I bet you've heard of what his invention later became known as. That's right. Jell-O.

The next time you eat a club sandwich for lunch, think about this: it was invented in a gambling house called the Saratoga Club-House in upstate Saratoga Springs, New York.

Fed up with a customer complaint that his french fries were "too thick," George Crum, the head chef of Moon's Lake House (also in Saratoga Springs, apparently a hotbed of culinary inventions) sliced potatoes really thin, then over-fried them to a crisp and overload them with salt. Though Crum meant that as a culinary insult, the customer really loved it and thus the Saratoga Chips (later potato chip) was born in 1853.

With the profits from the chips, Crum was able to open his own restaurant. Oh, and how did the potato chip became world famous? It was when Crum met a guy named Herman Lay. That's right, of Frito-Lay fame.

If there's only one good thing that came out of New York, I'm sure you'll agree that this one surely is enough. I'm talking about toilet paper.

In 1857, Joseph C. Gayetty produced the first packaged toilet paper. It consists of pre-moistened flat sheets medicated with aloe. Before that, people used leaves, sticks, corn cobs, and even magazines (a favorite was the "Rears and Sorebutt" catalog. I think you know which one I'm talking about) 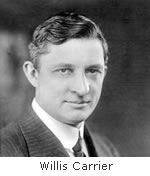 Here are two letters that will stop people from yearning for the good ol' days: AC. The next time you turn on the air conditioning to cool off during a hot day, thank this New York man: Willis Haviland Carrier.

Interestingly, Carrier didn't invent the modern air conditioning unit for people. He created the "Apparatus for Treating Air" to solve a humidity problem at a printing plant.

What did people do to cool a house before Carrier came along? One idea was to wrap a building in cloth saturated with melted ice water with a fan blowing hot air overhead. The idea actually worked - you could cool a building down with this method - but it has one big drawback: it consumed about a quarter of a million pounds of ice every month. 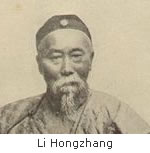 Legend has it that chop suey, the Chinese stir-fry dish, was invented in New York by the cooks of Chinese ambassador Li Hongzhang when he was visiting the city in 1896. The dish was supposed to satisfy both Chinese and American palates.

Was the story real or was chop suey invented in San Francisco, or by Chinese laborers working on US rail roads, as competing theories proclaimed? Wherever its origin, one thing's for sure: chop suey wasn't invented in China - it's an American food! 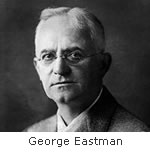 In 1884, after tinkering for 10 years, George Eastman invented something that made photography infinitely easier: the roll film (Before that, photographers had to coat a glass plate with messy liquid emulsion). Four years later, he did one better by creating a push button camera that's so easy to use it has the motto "You press the button, we do the rest."

Eastman also came up with one of the strongest brand name in history, and did so in a very logical fashion. He had three criteria for the name: short, cannot be mispronounced, and cannot resemble anything else or be associated with anything other than itself. The name that he came up with? Kodak. 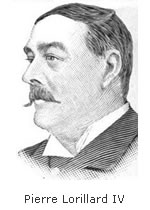 There's a village in upstate New York called Tuxedo Park that used to be an exclusive resort developed by a young tobacco magnate named Pierre Lorillard IV. In 1886, Lorillard wore a tailless black jacket with black tie as formal wear to a ball at the Tuxedo Club. The fashion caught on, and Pierre named "tuxedo" after the place.

The origin of the name "tuxedo" is actually quite interesting. I'ts supposed to be from the Algonquians p'tuksit or "round foot," meaning easy to surrender, a local insult hurled at the Wolf Tribe of New York.

Whenever you lock your house, you're using an invention made in New York. In 1848, Linus Yale, Sr. patented the pin tumbler lock mechanism. 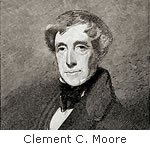 No, I'm not talking about Christmas as the birth of Jesus of Nazareth (which itself is wrong, biblical scholars have argued that December 25 isn't the actual birthday of Jesus - he was most likely born sometime in September, 3BC - note that even the year is off! But this is a story for another time) I'm talking about Christmas the secular and commercial institution of gift-givings.

Did you know that Christmas wasn't always celebrated in the United States? The Puritans who landed in Plymouth Rock (um, actually they didn't technically land there, but let's not get confused ... ) actually banned Christmas in 1659 and made everyone work during the holiday! Everyone caught feasting or celebrating was fined 5 shillings. 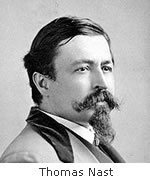 Fast-forward to the early 1800s, where the settlers of New York City (then a former Dutch colonial town of New Amsterdam) revived the old Dutch tradition of Sinterklaas, complete with gift-giving. In 1823, Clement Clarke Moore wrote a poem "A Visit from St. Nicholas" (you may recognize it as "Twas the Night Before Christmas") about Saint Nicholas coming in a sleigh pulled by reindeers and breaking and entering into homes through the chimney. Later, cartoonist Thomas Nast created the image of Santa Claus which later evolved into the form we now recognize.

New York merchants, quick to recognize the commercial potential of Christmas, went all out to promote the holiday. By 1830, the week before Christmas had already become the busiest shopping season of the year.

Alex Santoso is the founder of Neatorama.com